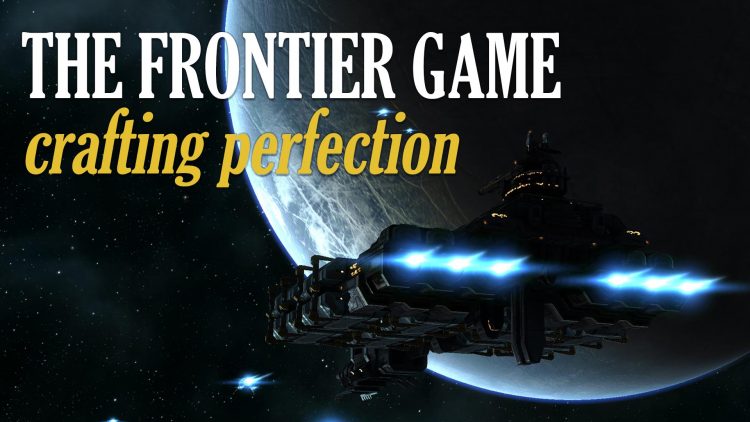 There’s a certain type of game I like to call the Frontier Game.  Pirates, cowboys, colonialists, space explorers; any game where the player participates in the hazy cusp between civilization and wilderness can be a Frontier Game.  A tale of romantic adventure, where history is written, legends are born, and brave, enterprising “heroes” seek fortunes of dubious legality. Where the real treasure isn’t the gold itself, but the fame of being the one to find it first.

At first glance, these games seem rather simple to make. The execution is so straightforward, and they’re so steeped in legend and myth, that it looks like the only way to screw it up is by failing on purpose. So, why don’t we see more of them?

Much like the people they’re based on, the idea behind these games has far outgrown its source material. It sits just over those hills, gleaming with promise and reward, but the thing itself always seems just out of reach. Taunting as much as it beckons, driving people to ruin as much as it inspires their greed.

Even the people who reach it come to find that the weight of their expectations makes it far too heavy to carry back.

As straightforward as it is, the Frontier Game  is so vast in scope that no one game could ever hope to encompass all of it. The player is always a rough-and-tumble entrepreneur, the setting is always an unexplored landscape with just enough people to have ports without being unified. It’s where the two intersect that the problems start cropping up.

To Make a Fortune

Imagine you’re the captain of your own space ship. It’s nothing fancy, you’re just some person who buys goods from one planet and sells them to another. Maybe you heard of a rare mineral that’s abundant on an uninhabited planet, so you set out to mine it. Maybe you get attacked by space pirates on the way, and have to fight them off. Then, when you set foot on the planet and start mining, the local wildlife takes offense to you walking around on their turf. Perhaps someone got there before you, and you have to follow them to some other place so you can buy the goods and complete your contract.

Seeing the problem yet? At a bare minimum, we’re looking at game that is one part full-fledged shooter, one part full-fledged ship simulator (building, travel, AND combat), with at least one expansive world or other area to explore, and a solid framework for a player-based economy. And speaking of players, it needs to have MMO-tier multiplayer and servers, since being the only person out there would defeat the point. The only relief is that the developers might not have to worry too much about making monsters or enemy AI, since the players are expected to do all the player killing.

These aren’t small games. They’re big ones, and they’re tapping into a concept as old as civilization itself. People already know what they want from these games, and if even one part of that is substandard it ruins the whole thing.

We aren’t talking about a happy compromise between all the different parts, or anything reasonable like that. No, everything has to be literally perfect in a Frontier Game,  because it’s trying to emulate an experience that’s not only been a part of our entire history, but has been romanticized to hell and back so much that the devil himself had to set up toll booths and traffic guards.

Oh, and all of this has to be done on the budget of one game.

Where No Man Has Gone Before

The developers who try to make these games are probably as bold and ambitious as the very people those stories are based on. Perhaps it’s no surprise they’re just as likely to fail as all those frontier-men we never heard about. I don’t have to name names, everyone knows at least one Frontier Game  they were excited for that didn’t pan out. Likewise, everyone knows at least one Frontier Game  they’re looking forward to, and getting just as hyped over as the last one.

There’s gold in them there hills. Maybe, hopefully, someone will manage to bring it back. And when they do, we’ll be there waiting for them.

7 comments on “The Frontier Game: Perfection is a Tall Order”