Before I start, I want to point to an awesome Hawke mage tank build that does not require console cheats developed by dragonagefun: https://www.nexusmods.com/dragonage2/mods/2666
Merill also has great tanking potential with Wrath of the Elvehn + Ensnare instead of the Spirit Healer / Force Mage sustains.

A bit of background, I played DA:O and experimented with every spec *except* for the Arcane Warrior; I had built my tank, Alistair, as a Sword & Shield DEX tank. When I got to Awakening and met Anders, I knew he was to be a better Alistair then Alistair :3

I drew heavy inspiration from the Spellsword build outlined by Ako80: t93492/the-ultimate-guide-to-arcane-warriors/
I also gave him the basic threat / taunt and the Guardian spec. Although I pumped MAG, I gave him the best CON gear and enchanted all armour slots with CON runes for the sole purpose of having a great single party protect.

Fast forward, I discover that Anders has merged with Justice, and the case for him being mage tank daddy could not be stronger.
I should note that I also gave Anders the base Weapon & Shield talent, but I haven't shown that here.
https://i.ibb.co/qn4Fhrr/Arcane-Paladin.jpg

Taunt, as it's the most effective threat management ability if not the only on that works.
Rally, to share the effect of Elemental Aegis' magical resistance to party members.
Bodyguard + Serve & Protect because the Anders' I'm constructing not only heals others, but protects them ;~;
Blood of the First, to solve there not being mana left to use tanking or healing abilities. Also allows for sustains past 100%
Wrath of the Elvehn + Ensnare, as a literal mob pull.
Healing Aura, Group Heal & Revival to heal my team.
Cleanse, as an anti-mage tanking ability.
Holy Smite to fit into the Paladin archetype.
Lyrium Ghost, Vitality, Rock Armour & Unshakeable to increase tankiness.
Second Chance, because I honestly just got tired of using an Injury pot.
No Vengeance abilities, even the Friendship or Rivalry abilities.
- The former increases damage, which is not his purpose, and the latter is redundant with Elemental Aegis & Lyrium Ghost.

I've upgraded all abilities that provide a tanking function to party members (Taunt, Rally + Elemental Aegis, Bodyguard), Group Heal (feels useless withou itt), Lyrium Ghost (the upgrade has the passives pertinent to tanking), and Wrath of the Elvehn for his only self-heal.

I changed the values for the $BE5E531 column to 0 for all the mage spells so I could use them with a Sword & Shield. If you want to use a staff instead, note that Anders' armour rating will likely drop, and also change the values of his tank abilities to allow use with a staff.

From an aesthetic perspective, the Magister's Scythe looks really cool, as do weapons from this mod: https://www.nexusmods.com/dragonage2/mo ... ?tab=files

Lastly, had to use Icy Anders 1 to complete the mage tank daddy dream :3
50 Shades of Mage https://www.nexusmods.com/dragonage2/mods/3809 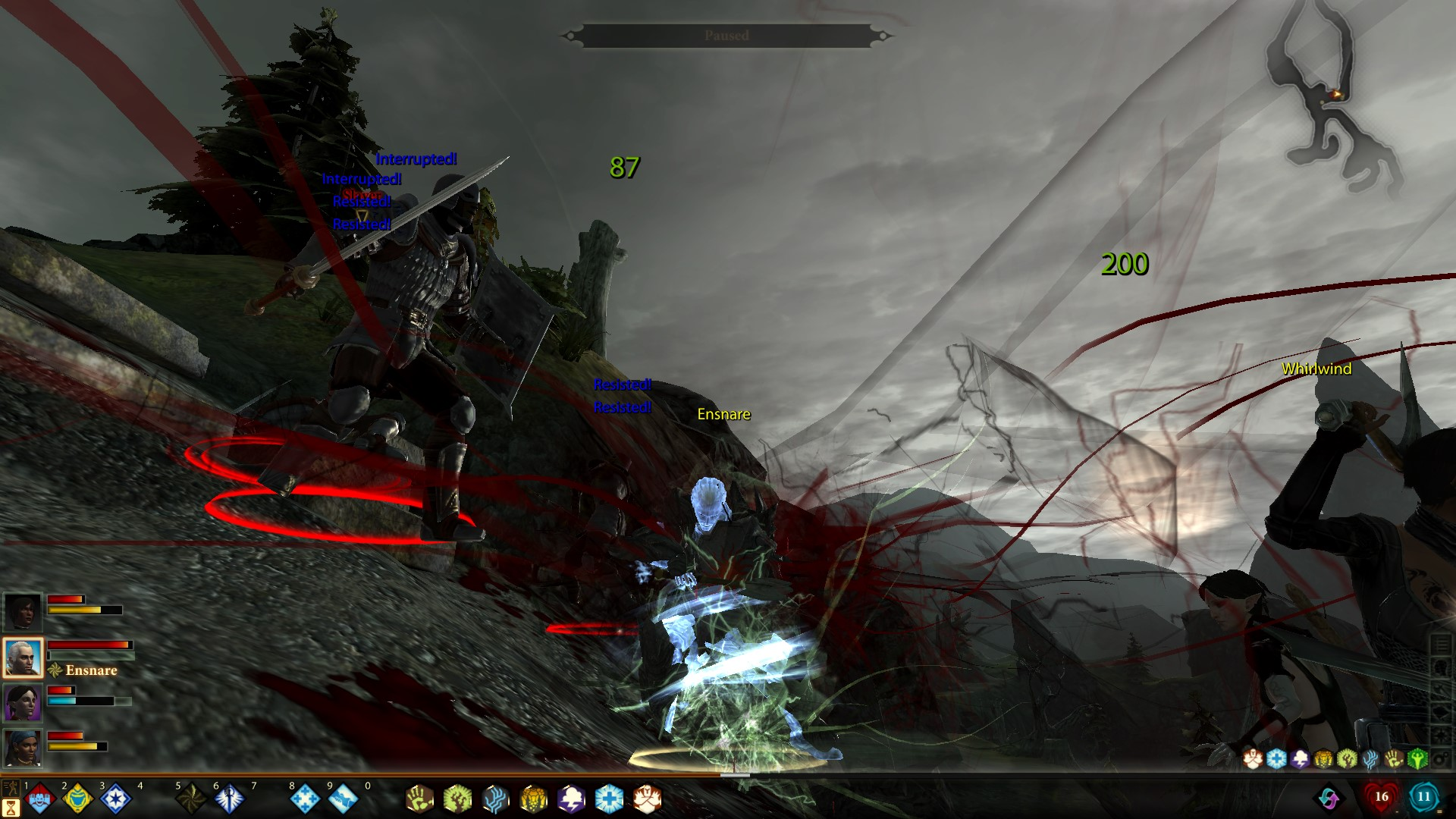 If you wish to make the build more "fair", I would suggest keeping on a few sustains, and then toggling between Wrath of the Elvehn & Healing Aura as necessary.

For example, Rock Armour + Elemental Aegis + Bodyguard reserves 40% of stamina. When you turn on Healing Aura, 70% is reserved. Let's say you wanted to cast Revive then Group Heal for 70 mana; that would require 70/0.3 = 230 mana, which is 26 WIL. This is assuming you haven't used other abilities and your mana regenerates completely after turning off Wrath. You'll have to end up investing in +mana gear and pumping WIL to a comfortable level to make that viable.
0