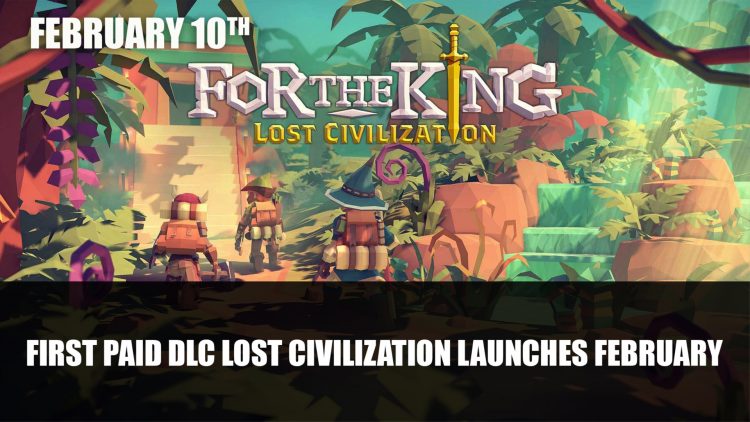 IronOak Games have announced the first paid DLC for the tabletop styled fantasy game For the King will be releasing on February 10th.

For the King the fantasy tabletop inspired RPG will be getting its first paid DLC called Lost Civilization for PC on February 10th. It will take players to the jungle introducing a new region, arena battles, wands and dual wielding, two new playable characters and lots of new enemies plus loot. 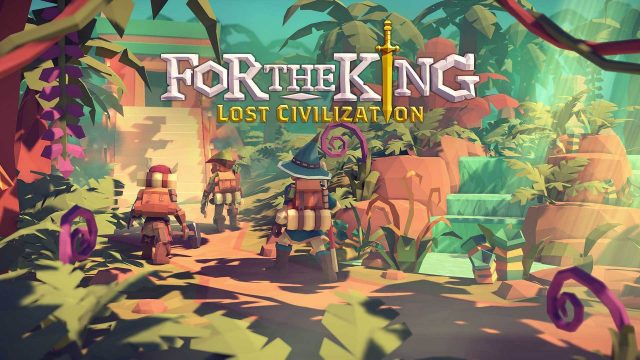 Uncover the mysteries of the Lost Civilization in our first ever #ForTheKing Adventure Pack DLC!
Out Feb. 10th on Steam, Windows, and Epic for $5.99 USD.https://t.co/gbohVqefhk pic.twitter.com/FtElNHxRWN

For the King is a dungeon crawler that brings JRPG combat, strategy and rogue-like features. Use a mix of procedural maps, quests and events as you brave the elements as well as evil creatures. The gameplay focuses on turn-based combat with a unique slot system for attacks and unique abilities. Choose when to set up camp for the night, whether it’s a safe spot or to endure the wickedness that comes out at night.

For the King is available to play on PC, Playstation 4, Xbox One and Nintendo Switch. The new DLC Lost Civilization Adventure Pack will be releasing on PC on February 10th for $5.99/£4.99.