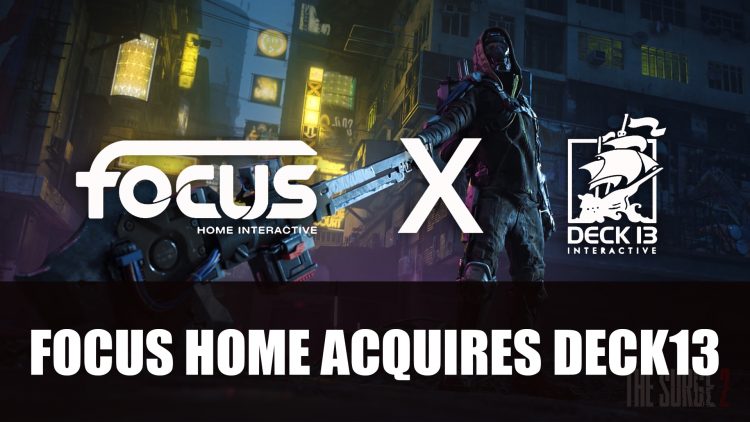 Publisher Focus Home Interactive who previously published games such as The Surge for developer Deck13, has now acquired the studio.

The French publisher Focus Home Interactive has now acquired the German developer Deck13, who released the sci-fi souls-like The Surge and the sequel The Surge 2, plus Lords of the Fallen. Focus Home previously worked as Deck13’s publisher for the The Surge titles, and are also known for publishing Vampyr, A Plague Tale: Innocence, Greedfall as well as many others.

Focus has now acquired the Deck13 studio which consists of 60 staff, plus their intellectual property and indie publishing which includes the Action-RPG CrossCode. The whole deal was made for €7.1 million, roughly $7,976,000 USD.

Jürgen Goeldner the chairman behind Focus Home management board shared with Businesswire that:

We are very happy to welcome the team of Deck13 and look forward to working together to achieve our ambitious objectives. This acquisition marks a major milestone in our growth story and will strengthen our business model. This acquisition will be financed by the drawing down of the new bank financing of €46 million which will also support our other future developments.

With this new acquisition hopefully this means Deck13 can continue to bring us more souls-like smashers such as The Surge 2, and with Focus Home now backing their development lots of new opportunities.

Welcome to the family @Deck13_de ?

We’re excited to work with you to create incredible experiences for our players. pic.twitter.com/jRIWQ5CNSk

The Surge 2 is the latest release from Deck13 which is now available on Playstation 4, Xbox One and PC.

For more news be sure to read next Elder Scrolls Online Is Now 60% Off On Steam and Square Enix To Announce “Several”Games Over July To August.