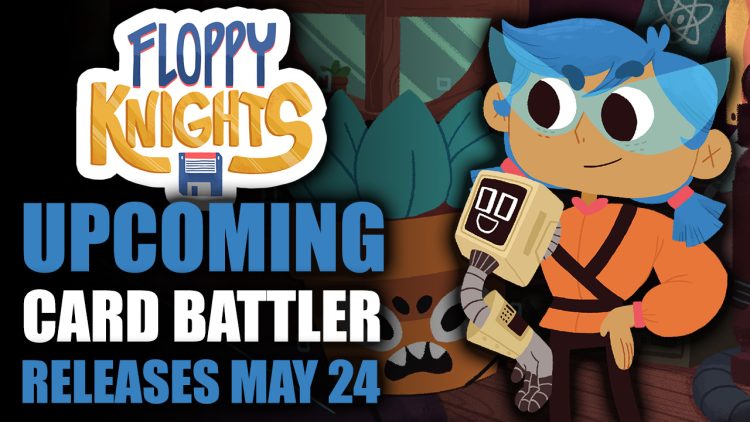 Floppy Knights is an upcoming tactical card game, developed and published by Rose City Games. The title is set to release next month, on May 24, 2022.

Floppy Knights is an Indie Turn-Based Tactical Card Game, Releases on May 24, 2022

Fans of tactical card games are definitely spoiled with many choices this 2022. Deck builders are in no short supply, thanks to the huge success of titles such as Slay the Spire and Yoko Taro’s Voice of Cards series. We also got treated to other indie gems such as Tainted Grail and Castle Morihisa.

For now, though, we will now take a look at something more colorful. Introducing Floppy Knights, an upcoming deck builder. Developed by Rose City Games, Floppy Knights creates a delightful blend of turn-based strategy and card-based battles.

It is the hope of Rose City Games that Floppy Knights is able to create a “fresh take on two familiar genres”.

Players will join Pheobe and Carlton as they journey through an epic quest. Phoebe is an inventor who is working hard to save money so that she can finally move into her own place. Carlton on the other hand is actually exactly that – a robotic hand. 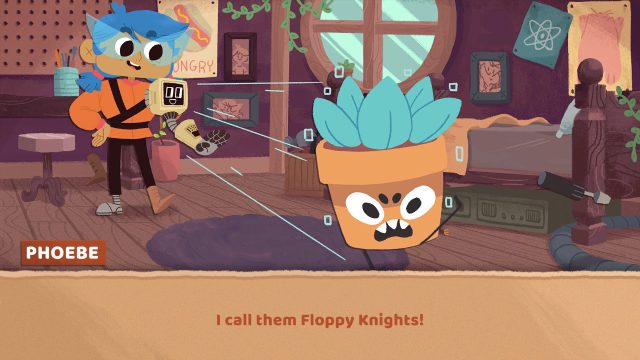 Floppy Knights are Pheobe’s latest and greatest creation. These are monsters, plants, and other objects that come to life from their Floppy Disk home. Think Pokemon, but instead of throwing Pokeballs to summon beasts, Carlton instead ejects disk towards your enemies. Handy.

Phoebe and Carlton will go around town, doing all sorts of odd jobs for the citizens. It will be up to us to assist Pheobe in securing enough money for her noble goal.

What a Wonderful World

As they say, no man is an island. And in Rose City Games’ case, this is also true. While the company is in charge of the overall development and production, they also had the assistance of two other indie rockstars to help them with their Floppy Knights project.

Adding a Splash of Color

In charge of the main visuals is Marlowe Dobbe, artist of another Indie game, Dicey Dungeons. Dobbe was able to create an excellent visual style for Floppy Knights. She was even the one responsible for the game’s original concept. While full development didn’t start on Floppy Knights until 2020, they already had ideas in mind for 2019. The team definitely wanted to make a game with tactics in mind, and Advance Wars was one of their inspirations. 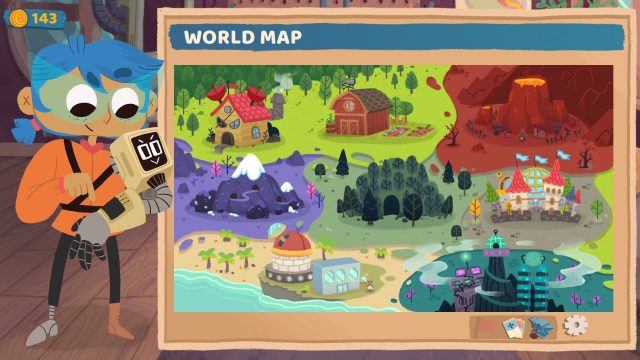 The hand-drawn visuals are bright, colorful, extremely distinct, and pleasing to look at. The splashes of vibrancy make the humble game quite a looker. Characters and objects pop out from the scenery, begging for players’ to take a look at the absurdity or cuteness, depending on what our gaze is focused on.

Floppy Knights’ world is also rife with different styles. Players will be able to trudge through forests, cities, volcanoes, and caves, to name a few. 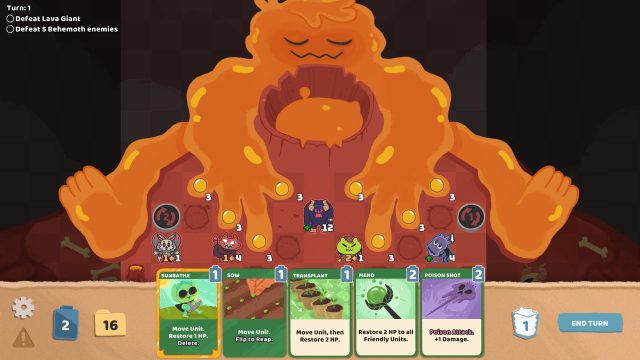 Similarly, the various menus, interfaces, and cards themselves are pleasing to look at Solid lines aren’t a thing in Floppy Knights, which further adds to the charm. We definitely get the feeling that this was hand-drawn with plenty of care and attention.

To be able to match this art style, Rose City Games worked with Grahm Nesbitt to create the perfect musical score. Nesbitt is most known for working on chill and relaxing tunes for Garden Story. 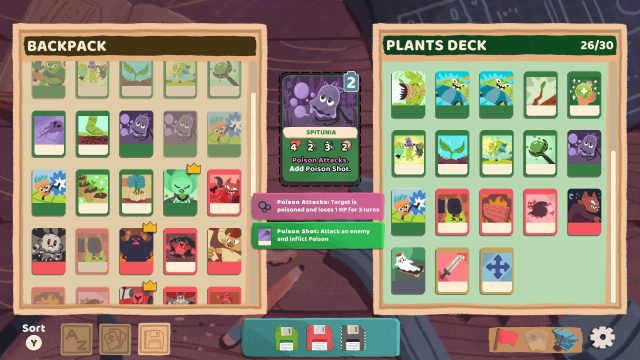 For Floppy Knights though, Nesbitt has created the perfect harmonies that further accentuate the look and feel of the title. He has created music that is definitely retro feeling, reminiscent of the older 8-bit games. However, this is mixed up with the sensations of more modern melodies.

As you can see in the video linked above, everything is quite catchy. Check it out!

Floppy Knights will make use of a turn-based grid movement system. So fans of tactical games (such as the recently released King Arthur: Knight’s Tale) will feel right at home here. Your Knights can be summoned on the battlefield where they’ll move towards (or away from) your enemies and do battle. 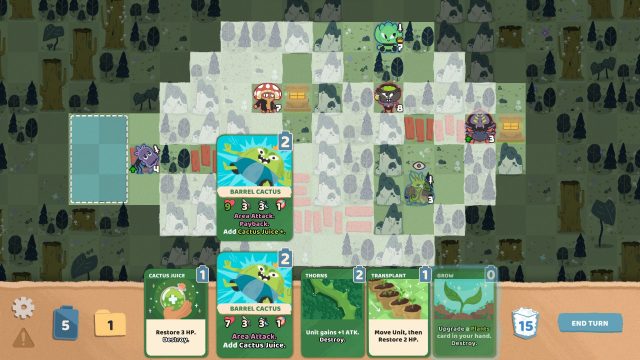 Different kinds of Knights will have different abilities and play styles. For example, the Plants Deck will consist of Knights that can upgrade existing abilities, and heal or take advantage of the landscape itself. The Monsters Deck has beefy units that have tough armor and can self-buff. Lastly, the Hooligans Deck are the tricksters of the bunch. They are quick, stealthy, and can manipulate the battlefield in more ways than one. 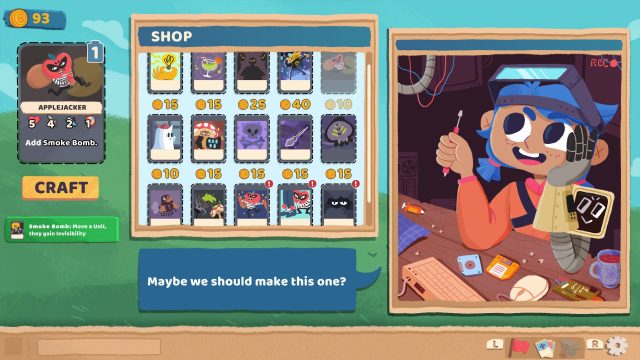 Like most card games, combos and other synergies will be pivotal in ensuring your success. The game promises to have dozens of card combinations that will allow players to explore different strategies for victory. You will also be able to fully customize your decks so that you can find the perfect win.

Floppy Knights will be available for purchase on Steam, Xbox One, Xbox Series X|S on May 22, 2022 for $19.99 USD with the soundtrack available via Bandcamp to purchase for $7.99 USD. The title will also be a Game Pass day 1 release. This decision is definitely the right call for a smaller Indie game.

For more news, check out One Piece Odyssey Gets New Screenshots, Narrative and Setting Details and Diablo Immortal: What We Know So Far on the Upcoming ARPG.