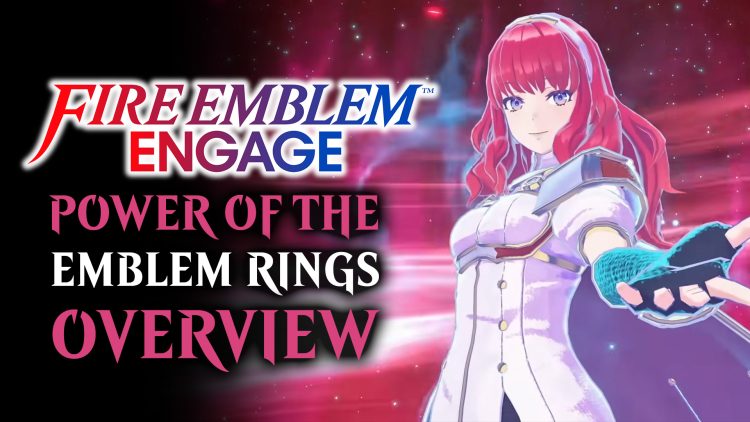 Nintendo released a new trailer for Fire Emblem Engage last week that contained tons of actual gameplay footage. The Nintendo Switch exclusive is still quite grounded in its Fire Emblem Roots but attempts something really different and fresh with the Engage System.

Sync Up Your Heart and Mind

The previous trailer for Fire Emblem Engage, the Divine Dragon Trailer, showcased a lot of male Alear and his engage relationship with Marth (Emblem Marth, to be exact). It was more of a story tease that gave us tons of fragmented quotes and dialogues that made fans’ imaginations go with the countless possibilities that this title would bring to the FE universe. 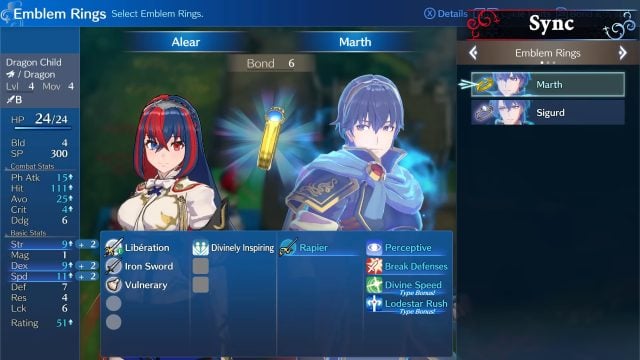 Sync Up with Legends of Old

Like all Fire Emblem games, Engage allows the character to control a large host of characters (also called units). Each and every character will have their own class and set of abilities that they can bring to the battlefield. However, each member of the cast will be able to equip Emblem Rings, not just our main character. 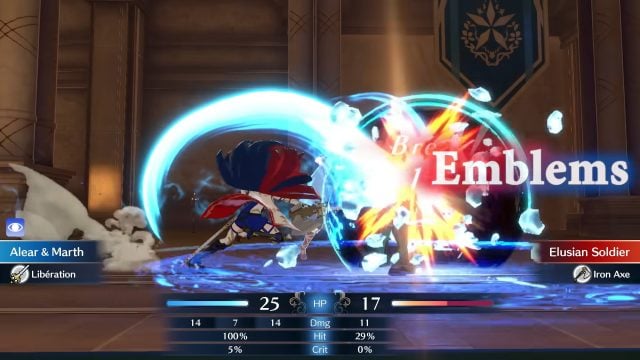 Attack with your Emblems

This process is called “Sync” wherein a character equips an Emblem Ring. First and foremost, this gives the unit a hard stat increase that’s dependent on the legend stored within the Ring. The unit will also inherit some of its abilities, being able to cast skills that would otherwise be totally unavailable to itself. 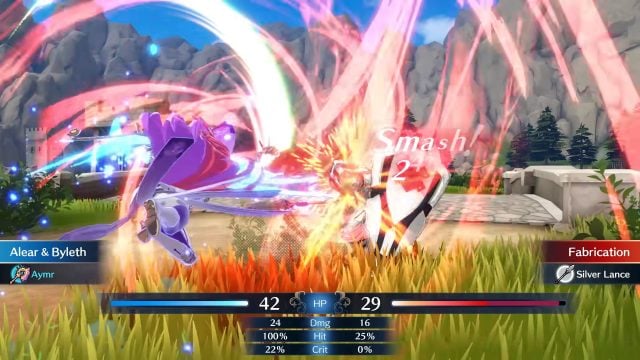 Graphics Got a Facelift in Engage

Units that are Synced will definitely perform much better in battle as a result. In fact, a ghostly apparition of the legend will fight alongside the unit, causing it to commit to more attacks with each given command.

Taking things further is the battlefield ability called Engage, as per the game’s namesake. Engage allows the unit to fully embody the legend’s prowess, even going so far as to gain parts of their appearance. 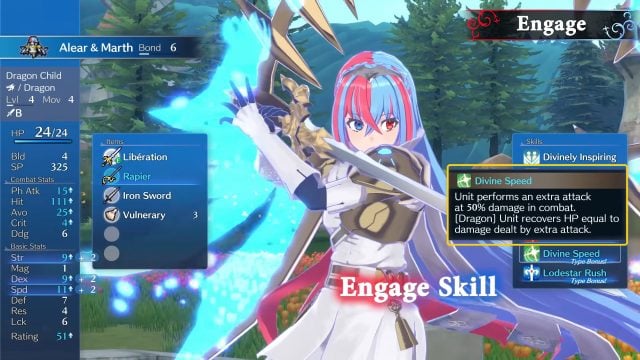 It is also interesting to note that each Character/Emblem combination will have a unique visual attached to them, the number of which can be staggering depending on how many characters there are in the game. 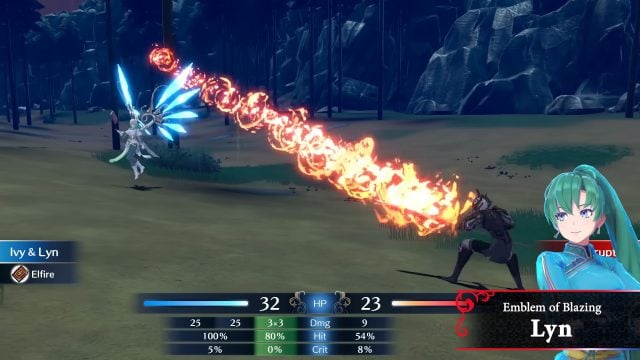 Engaging will grant access to Engage Weapons and Engage Skills. The former are the weapons wielded by the Legends themselves, while the latter are their powerful abilities. Engage Attacks are also ultimate skills that put the strength of both the unit and the Emblem to the test, dealing devastating damage. 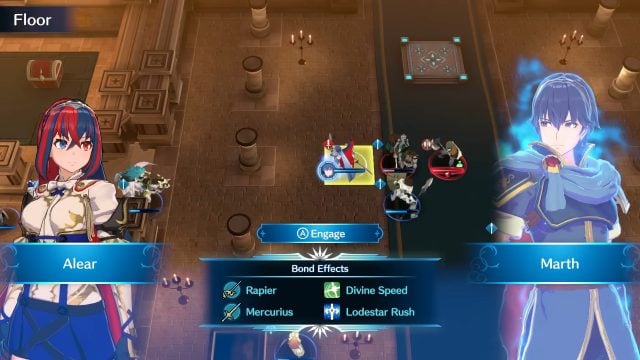 Engage in Fire Emblem Engage is extremely powerful, and thus only lasts for a maximum of three turns. It will recharge over time with a predictable resource bar, allowing players to plan around its use to turn the tide of combat.

As each Emblem Ring in Fire Emblem Engage contains the personality of legendary heroes, each of them will have unique skills and abilities that can be attached to your units. 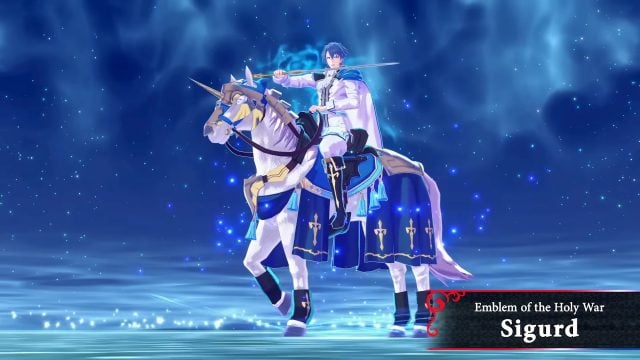 Sigurd, the Emblem of the Holy War

For example, Sigurd the Emblem of the Holy War is an excellent mounted character, and can thus bestow that same blessing to whoever taps into his power. Units that summon Sigurd can use the Gallop skill to drastically increase their movement range. Since Sigurd is also a lancer, he can allow the usage of Override to pierce through enemies and relocate himself to the location of the final hit. 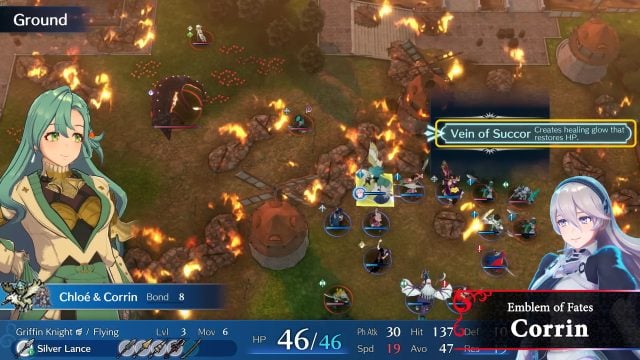 Corrin, the Emblem of Fates

Byleth, the protagonist (and sometimes antagonist) of Fire Emblem: Three Houses also finally got some proper screen time. Being a professor at the Garreg Mach Monastery, he can provide battlefield instructions to his allies and give them a much-needed boost to their stats. Since he spent so much time at a holy monastery, he also has access to the “Goddess’ Dance” ability, allowing adjacent units to perform another turn in combat. Extremely overpowered.

The Tale of the Tapes

What would a Fire Emblem game be without a large host of characters and personalities to get to know, and do battle with? Good thing that Fire Emblem Engage has characters and units in spades! Aside from the main character Alear, it looks like there are at least 12 other folks that we can befriend. 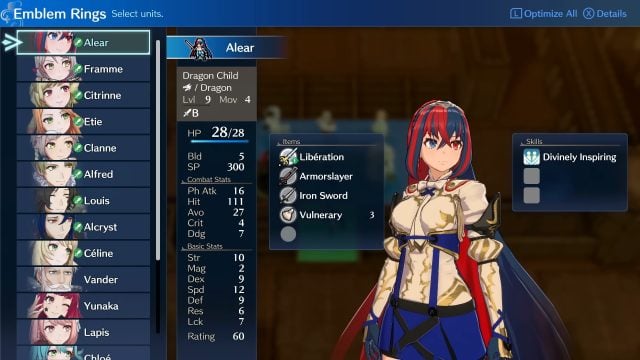 Knowing Intelligent Systems, and remembering that Three Houses had 33 companions to choose from, we will definitely be getting a lot more.

Fire Emblem Engage releases on January 20th, 2023. Pre-Orders are live on the E-Shop for $59.99. The “Divine Edition” physical collector’s set is also teased but has no price point confirmed just yet.