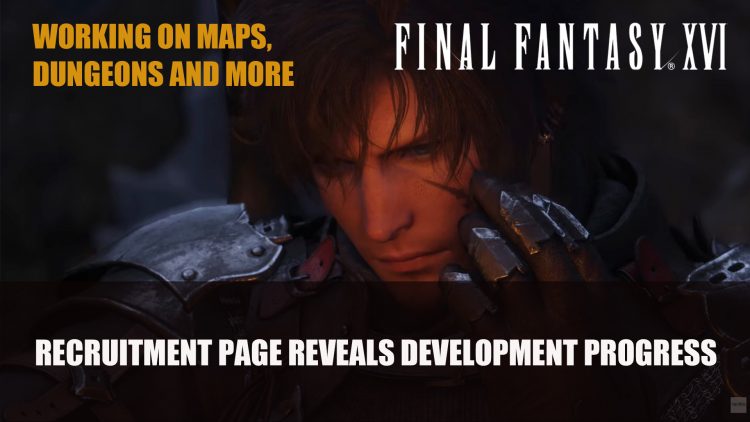 The recruitment page for Square Enix was updated this week for Final Fantasy XVI. It also revealed some details about the current progress for the RPG.

Square Enix is currently on the look out for staff to create FF16 maps and dungeons. They are also looking to produce high production cutscenes and characters’ action patterns. The game so far has the foundations complete, including scenario production. The Creative Business Unit III need new recruits to create boss battles and other large scale resources.

It seems Square Enix will be open to new ideas for Final Fantasty XVI which is being developed for Playstation 5, in particular the action battle system and the maps. At the moment it looks like the Final Fantasy XVI development team are working remotely from home.

This recent tweet is the only one so far from the official FF16 account which followed the game’s announcement back in September during the PS5 showcase. According to a recent podcast from Bloomberg reporter Jason Schreier, FF16 has already been in development for about four years now. So while they’re not in the very beginning stages of development, there is still a lot of work to go. What are you excited to see in FFXVI? Let us know in the comments below.

Final Fantasy XVI will be releasing on Playstation 5 sometime in 2021.

For more news be sure to read next Cyberpunk 2077 Next Night City Stream Episode Next Week and Outriders Releases Next Year On February 2nd 2021.