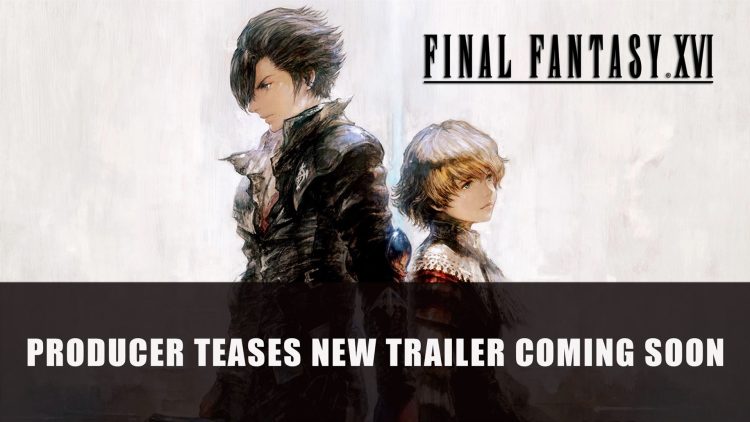 Producer Naoki Yoshida has shared that the next Final Fantasy XVI trailer is already complete and will be released soon.

It has been some time since we’ve had an update about Final Fantasy XVI, the developer previously sharing that the next major news update for the game would be in spring 2022. Well it’s spring…so where’s the news update? Both Naoki Yoshida and Yosuke Saito were a part of the live stream for the NieR Re[in]carnation x Final Fantasy XIV Collaboration Special which took place last week.

Part of the live stream dialogue was shared on gamestalk.net (translated by Gematsu) which had a small update…on the news update. When asked about when we’ll be hearing more about FFXVI, Saito explained they were currently covering the content collaboration between the mobile title NieR Re[in]carnation and the MMORPG Final Fantasy XIV, which puts them between the spring and summer months.

Previously the developer had promised a big reveal in spring. Yoshida explained that the trailer is actually already finished and ready to go, however was “delayed for various reasons” and “it’ll come out soon”. “Soon” has varying lengths of time depending on which developer you talk to, but since their aim was for spring this year, we might not be waiting for much longer.

Teasing us even further, Saito compliments his fellow Square Enix producer on some footage he’s seen of FFXVI saying he’s “really impressed”. According to Yoshida the development are eagerly running through the footage to further polish and optimise it.

Previously Yoshida shared in the latest issue of Uniqlo’s in-store UT magazine that development for FFXVI is in “the final stretch”, in an interview featuring the collaboration celebrating Final Fantasy’s 35th anniversary.

In case you missed it, Final Fantasy XVI is the next major entry in the Final Fantasy franchise. So far what has been revealed is that FFXVI will be quite “action-orientated” but will also provide a story mode for those who rather focus on narrative. The story is also shaping to be another epic tale, a story of revenge following protagonist Clive Rosfield. It continues the theme of Eikons, powerful but deadly creatures that exist within Dominants, a man or woman that can call upon their deadly ability.

With the announcement of the event Summer Game Fest happening on June 9th, Square Enix could be waiting for a big event to unveil their latest trailer and this would be a good option.

For a rundown of recent RPG news find it here in Top RPG News Of The Week: May 8th (Path Of Exile Sentinel, Summer Game Fest, Thymesia And More!) and Lost Ark May Content Update Includes Valtan Legion Raid And Massive Class Changes.