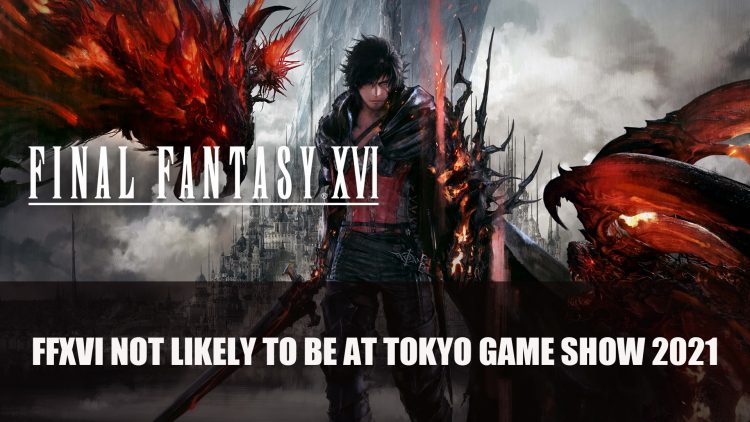 It seems that it’s looking unlikely that we’ll be seeing more of Final Fantasy 16 at the next Tokyo Game Show which will take place this September.

With great anticipation of the next entry in the Final Fantasy franchise, producer Naoki Yoshida has recently shared more about the current progress of the title during the Final Fantasy 14 live stream over the weekend. According to Yoshida the voice recording for the English version of Final Fantasy 16 is almost complete, as well as the scenarios have already been written and “set in stone”. 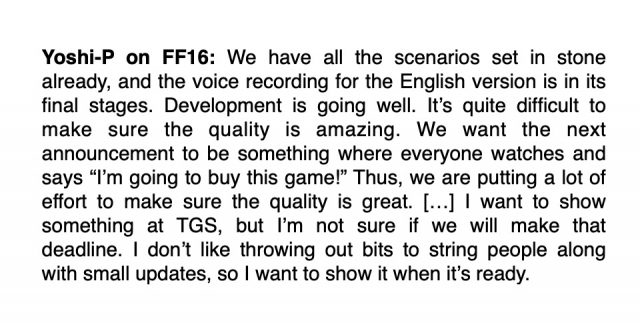 As for the Tokyo Game Show, Yoshida shared that Square Enix may not show FF16, but assured that the development process is going well. The panel featured members of the Final Fantasy XVI development team. A series of quotes were translated by twitter account @aitaikimochi which shared that Yoshida hopes the next time that the next announcement trailer will also be shortly followed by a way to buy the game, which sounds like the next time we see a trailer pre-orders will be available, although nothing is certain just yet.

Yoshi-P said he talked with the staff of FF16 and wants the next announcement to be where after watching the trailer, you will want to buy it and CAN buy the game shortly after.

AKA next time FF16 is talked about, it’s very likely the release date will be close too. pic.twitter.com/7hfIGhZjc4

While it does put a damper on the idea we’ll be seeing more of Final Fantasy XIV at TGS 2021, it’s good to hear that progress is being made with the game itself.

Previously Final Fantasy XIV was described as quite “action-orientated” but will not neglect a story mode for those who rather focus on narrative.

For a round-up of recent RPG news you can find it here in Top RPG News Of The Week: July 11th (Baldur’s Gate 3, Solasta, Dragon Age 4 And More!).