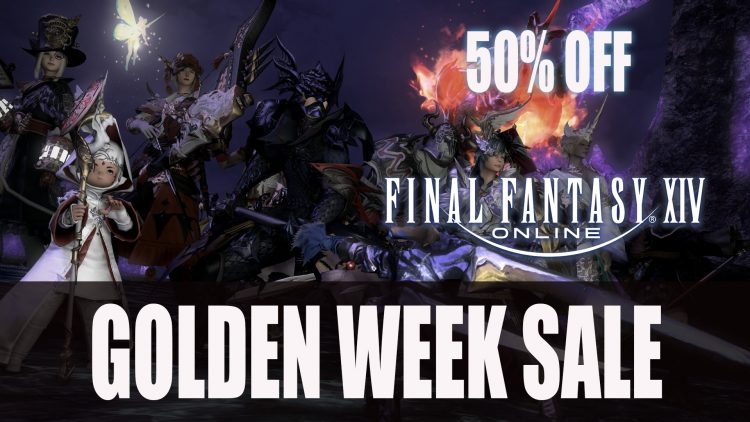 If you’ve been wanting to dive into Final Fantasy XIV, now is a great time as the Golden Week Sale is on with 50% off the complete edition.

You can purchase the Final Fantasy XIV complete edition now for $29.99 during this week until May 6th. The complete edition comes with A Realm Reborn as well as both expansions Heavensward and Stormblood. If you’re looking to pick up the Stormblood expansion separately, you can now buy it for $19.99. You can purchase either on PC, Mac or for Playstation 4. You can also get the Stormblood Collector’s Edition for $29.99 which includes exclusive in-game items such as the Syldra Mount, Wind-up Bartz Minion and Chicken Knife.

The official description of Final Fantasy XIV is as follows:

The sale will end on May 6th at 11:59 PM PDT. Final Fantasy XIV is currently available to play on Playstation 4, PC or Mac.

If you want more RPG news be sure to read next Rumour: Kingdom Hearts 3 ReMIND DLC Announced. You can also get a rundown of recent news in Top RPG News Of The Week: April 28th (KH3, Persona 5 Royal, Bloodborne And More!). For more Final Fantasy XIV news read about the upcoming expansion Shadowbringers set to release this summer on July 2nd.