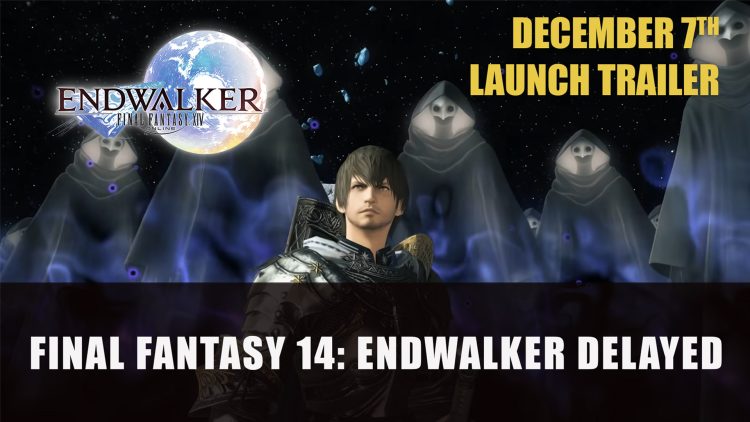 Final Fantasy XIV director Naoki Yoshida, also known as Yoshi-P shared the news in an announcement on the official FFXIV website that the major expansion Endwalker will be delayed by a couple of weeks, moving the release date to December 7th.

The post shared new dates pushing the Early Access as well which players can gain from pre-ordering the expansion:

There are also dates outlined for the patch updates with the first coming December 21st patch 6.01 and patch 6.05 on January 4th 2022.

The reason for the delay is greatly due to wanting more time to assure players “stability” as well as to deliver the best experience for players. The expansion is the largest expansion in the entire history of FFXIV, which Yoshi-P outlines as a “huge undertaking”.

[W]e remained firmly resolved to adjust down to the smallest nuances and ensure our writing covers even the finest points of the vast and intricate story that has spanned these past 11 years since the original FFXIV to ensure that everyone can fully enjoy their adventure in Endwalker. Unfortunately, the consequence of this was that we ended up in a situation where we cut into the time required for final quality assurance checks due to this time spent on additional improvements.

In a livestream which took place over the weekend, the producer himself delivered the news in quite a sombre manner, expressing his apologies and sharing it was the first time he has ever postponed anything that already had a set release date.

A new trailer was also released:

Delays have been a big part of this year, especially with developers dealing with workarounds following the pandemic. While it’s sad to hear a delay for any game, especially one so highly anticipated, the reasoning seems to be coming from the right place as we have seen what happens when games release a tad too early. Hopefully, these two weeks will be enough to put the final touches and tweaks on Endwalker for a stable launch.

For more news be sure to check out next Elder Scrolls Online Deadlands DLC Now Available On PC, Mac And Stadia. Looking to get into Lost Ark? Check out our latest content in Lost Ark Beta & Gameplay | Everything We Know and What Is The Best Class In Lost Ark 2021?