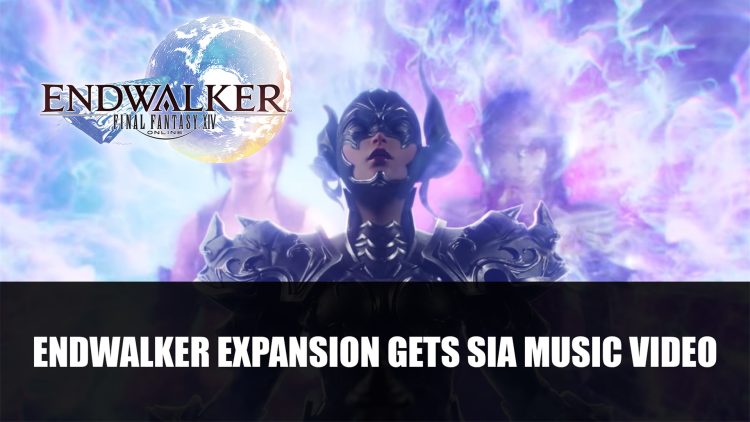 The servers are currently down for Final Fantasy XIV as the last few hours of maintenance kick in for Early Access for Endwalker. While the servers won’t be back up until December 3rd at 1:00 AM PST, fans of the game can enjoy a new music video released inspired by the game featuring Sia.

Endwalker will be taking players to the moon, and the music video with the very fitting “Fly Me to the Moon” which was sung by infamous Frank Sinatra originally, gets a new rendition with the vocals of Sia. The music video celebrates the launch of Early Access this week teasing Endwalker, but also shows some of the previous iconic moments in Final Fantasy XIV.

In case you missed it Endwalker is the latest expansion for the MMORPG is releasing this week for those who pre-ordered. The expansion got delayed by a couple of weeks, with the new official launch day on December 7th. It will bring the conclusion to the tale of Hydaelyn and Zodiark, a story that has spanned over many years.

Endwalker will feature two new jobs Reaper who specialises in scythe-swinging melee DPS for close-quarter combat, and can call on an avatar from the Void. There will also be the new Sage job, a healer who wields a barrier heal, the fourth healer to be added to the game.

Square Enix has already shared that they will prioritising log ins for those who own the full version of the game, so if you’re currently playing on the free trial, you might find a long wait to get in during launch week. This decision was made to help ease the expected long queues times during the busy week. The developer has also taken measures to increase log in cap as they expect to see a record number of players.

Want to know why Endwalker made our Top 5 this month? Check out what else is releasing this December in our Top 5 Upcoming RPGs Of December 2021 (SWTOR Legacy Of The Sith, Wartales, Spellforce 3 And More!)

Final Fantasy XIV: Endwalker will release on December 7th, with early access available for those who pre-order on December 3rd. Coming to PC, Playstation 5, and Playstation 4.