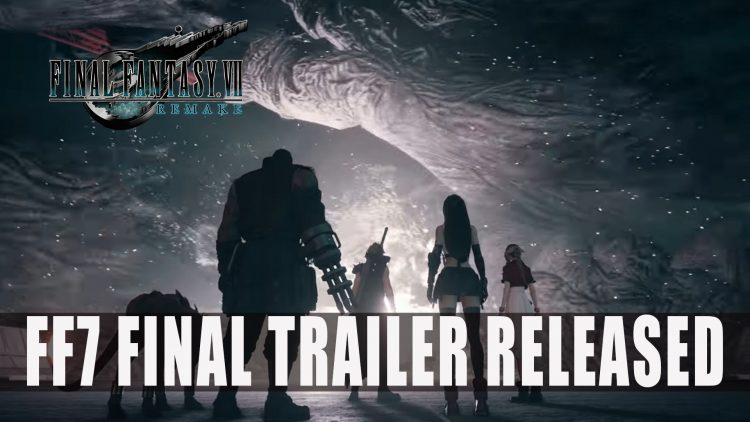 The trailer shows a number of characters for Final Fantasy 7 Remake which will be launching later this week. It shows flashbacks of each of the main cast, and snippets of the backstories of each. One of those backstories is about Aerith who is shown as a child, arguing back at Tseng about being an “ancient”.

It also shows some high action scenes including a sword fight on motorcycles and speeding away from a six wheeled gun weapon. The trailer features a lot of the previously revealed characters in the latest screenshots. Recently producer Yoshinori Kitase shared that the remake is set to “expand” on the original game, making it more “immersive”.

Final Fantasy VII Remake is a reimagining of the original, mixing command-based combat with real-time action. The title sets to stay true to the original narrative but there will be some new additions. We played the demo last month, if you want to know what we thought you can watch our Final Fantasy VII Demo Gameplay Impressions here.

Final Fantasy VI Remake will release on April 10th on Playstation 4. Don’t forget to tune in to our Twitch channel to watch us play when it launches.

For more news be sure to read next E3 Sets Its Sights For 2021, IGN “Summer Of Gaming” In June 2020. You can also get a roundup of recent RPG news in Top RPG News Of The Week: April 5th (Mortal Shell, Bannerlord, NieR Replicant And More!).