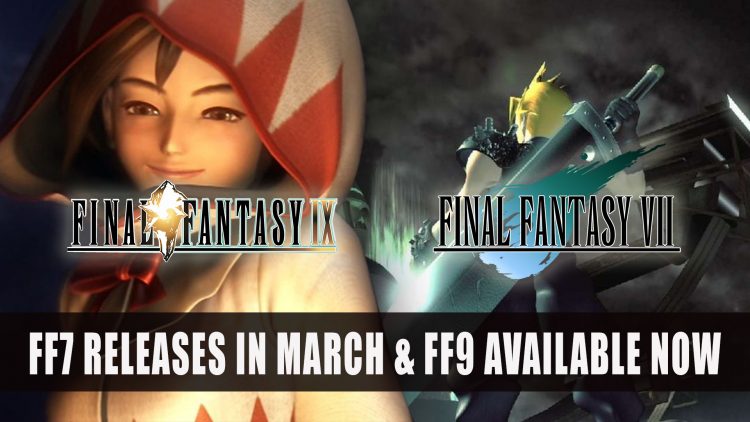 A range of Final Fantasy titles were announced to be coming to the Switch since last year, two of those titles now have a release date.

In today’s Nintendo Direct we get a release date for Final Fantasy VII which will be arriving on the Switch on March 26th. This is the first time that FF7 comes to a Nintendo console. This is a great addition for those who want to relive the game, or for those who are playing for the first time. While we await more details from Tetsuya Nomura now that he’s wrapped up Kingdom Hearts 3, it’s a great time to delve into the original.

But this isn’t the only Final Fantasy announcement shared in the video, Final Fantasy IX is now available on the Nintendo eShop. That’s right, now you can pick up FF9 right now. Also Windows 10 and Xbox One can also now access FF9 as an anywhere title meaning you can get it both for PC and Xbox with cross platform saves as of today as well.

I think this is a great addition to the range of games that the Switch has to offer, if you played Octopath Traveller and are curious about previous Square Enix titles, you will feel right at home with FF9.

Zidane and the Tantalus Theater Troupe have kidnapped Princess Garnet, the heir of Alexandria. To their surprise, however, the princess herself yearned to escape the castle. Through a series of unusual circumstances, she and her personal guard, Steiner, fall in with Zidane and set out on an incredible journey. Meeting unforgettable characters like Vivi and Quina along the way, they learn about themselves, the secrets of the Crystals, and a malevolent force that threatens to destroy their world.

If you want to read more about upcoming Final Fantasy titles you can find it here in Final Fantasy VII, IX, X And More Soon Coming To Switch And Xbox One and Final Fantasy 7 Remake Director Nomura Considering Compilation Titles. You can also read about Final Fantasy 13 Trilogy Becomes Xbox One Backwards Compatible.