The story and setting of Final Fantasy VII are iconic and need no explanation, but for those unfamiliar with this title, you will be playing the role of Cloud Strife. Cloud is a mercenary for hire on a dying world where the Shinra Corporation has been sucking up the life blood of the planet (Mako) for profit. You join a team of resistance fighters in a desperate attempt to stop Shinra from destroying the planet, however Cloud is only in it for the money… or so he thinks.

Final Fantasy 7 Remake takes place in Midgard, which was a small portion of the original title. This provides a deeper look into these characters, locations, and events of Final Fantasy VII as players get to know Jessie, Biggs and Wedge in addition to others. And while you may not be attached to them immediately, you will by the end of the game without a doubt.

Players will travel back and forth between the different sectors of Midgard, exploring slums, graveyards, haunted factories, towns, and the Wall Market where anything goes. And, while many of these locations share the common theme of poverty and destruction, they all look and feel different for the most part, which is pretty impressive. The environmental variety is something most players should be happy with.

The Story & Setting are by far the strongest aspect of the game, with the Story doing a lot of the heavy lifting once it gets a hold of you. The gameplay isn’t bad, but without such a strong narrative and immersive world Final Fantasy VII Remake would be only slightly better than average at best. 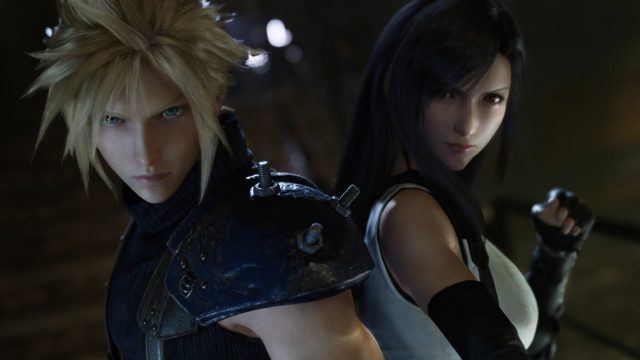 The combat of Final Fantasy VII Remake is a huge departure from the original title, in that it is no longer turn-based and all combat is fought in real time. While many of the elements of combat remain there such as the ATB Gauge, Limit Breakers, Spells and Abilities, it is a vastly different experience. Some will like this change and others will not.

One of my biggest complaints about the new combat system is that in an attempt to keep combat as close to the original as possible, while still being real time, Square Enix decided to provide next to no AI for your companions. They generally just sit there and block or do some basic attacks, whenever they can be bothered, waiting for you to use their ATB Gauge for attacks when they fill up. But there are a few problems with this but the main one is…

Enemies generally attack the character you are controlling more often than not, meaning that you have to play defensively a large portion of the time when trying to fight with one character. This would be fine, except for the fact that as I mentioned your companions generally don’t do much, so you cannot rely on them to kill anything while you Block and Dodge. This essentially forces you to swap characters once enemies have targeted you, and in some cases you have to swap every 1 or 2 seconds or you just get destroyed, which isn’t always fun. 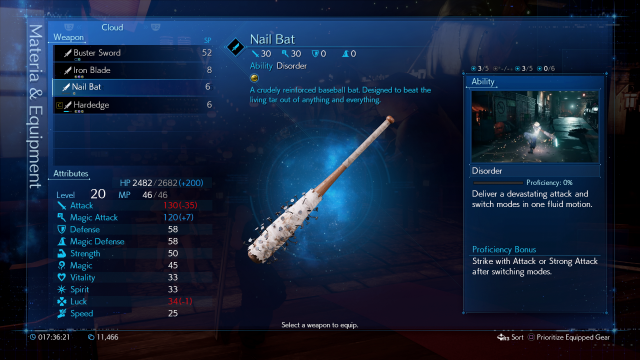 Customization plays an important roll in Final Fantasy VII Remake, though it isn’t the star of the show to be sure. You can outfit your characters with different Weapons and Armor, and each Weapon has different passive skill trees and a unique Ability which can be learned and used with other Weapons once you have reached max efficiency.

Additionally, players can slot different Materia into their Weapons and Armor in order to further enhance their characters and change the way they play. Maybe you want one to focus on Fire, another on Ice and the last on Thunder. All of these are possible, even to the point of imbuing your weapon with different elements to further boost damage. Players will find new Materia as they make their way through the game, and some are game changers, like the Summoning Materia. 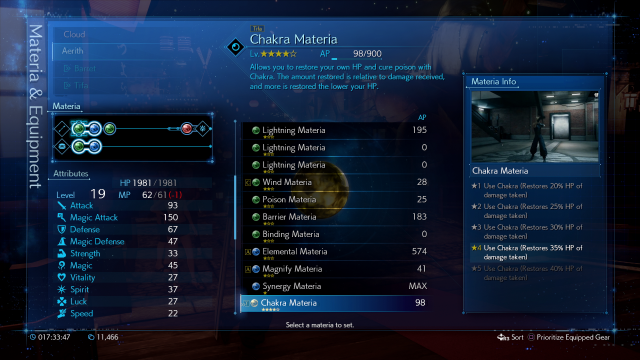 As I mentioned Final Fantasy VII Remake has a fair share of mini games and puzzles for the players to do. Only one of these really enhanced the gameplay experience for me, but they are common in Final Fantasy games, and I think fans will surely expect these. The puzzles were not overly complex, but there was one part of the game that absolutely blew my mind with a QTE sequence! It might be the best moment in gaming in 2020 so far! 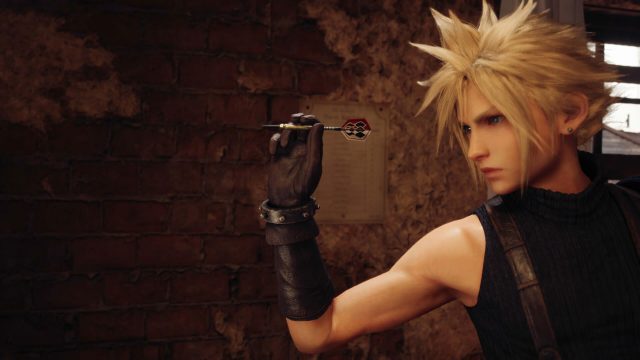 Final Fantasy VII Remake has some of the most stellar graphics I have ever seen on current gen consoles and I struggle to think of other games that are even in the same category, with only God of War and Last of Us coming to mind. Simply put, no one will complain about this aspect, and if they do then disregard anything else they have to say.

On the audio front the voice acting was not exceptional or bad and was pretty middle of the road, with a lot of lines not really seeming genuine, but you can chalk some of this up to the style of games that are Final Fantasy. This does grow on you over time, but in some places the forced enthusiasm is super cringe.

Sound effects and music were on point and are exceptional as well. They really help to immerse you into the game, and in some places really pump you up for some epic showdowns. There’s music in here for everyone, so I think most players will be happy with this, even if they aren’t blown away. 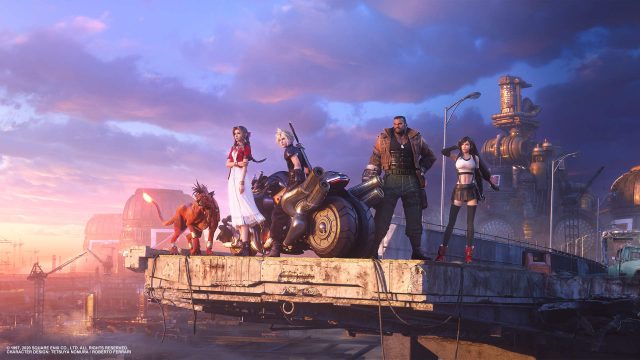 Final Fantasy VII Remake is easily a game that’s worth the standard 59.99 USD price tag. It has a production value that is higher than any other single player game I’ve played in recent memory, even better than God of War, which is quite the achievement.

When you take into account the length of the game 40-50 hours, the amount of rendered cutscenes and the fact that we didn’t experience a single bug in all our hours of playing, you’d be hard pressed to find another single player game that deserves it more. Final Fantasy VII reigns supreme in this category for single player RPGs.

I genuinely enjoyed my time with Final Fantasy VII Remake, and it’s an experience I think most people would find fun too. It’s not without flaws, but Square Enix did a fantastic job remaking a game and had tremendous shoes to fill, and it’s hard to complain too much about the final product. Part of me wishes they’d left the turn-based combat the way it was, but I can understand a more modern approach for a modern game.

Final Fantasy VII Remake should please Final Fantasy VII and Final Fantasy fans alike, and I’m quite certain they will rate this their game of the year. However, for me, it’s lacking some fundamentals in the gameplay department that hold it back, so Nioh 2 is still my front runner until Cyberpunk 2077 releases, if that’s even this year.

If you bought into all the hype for Final Fantasy VII Remake, hype that I think was mostly warranted, then you probably won’t be blown away, but you should be satisfied. The bar for the game was set incredibly high by the demo they released last month, and I think it reaches it, if only just barely and not until much further into the game.

8.5
Summary: A very slow start turns into a non stop thrill ride through the reimagined world of Final Fantasy VII. Fans of the franchise will feel right at home in a game that is likely to dethrone Resident Evil 2 as the reigning king of modern remakes. If it weren't for a combat system that is downright frustrating at times, it would be a must buy for nearly every RPG enthusiast. As it stands now, this is a day one buy for Final Fantasy fans, but for everyone else mileage may vary.
Story & Setting (9)
Gameplay & Combat (7.5)
Audio, Visual & Design (9)
Price Point (8.5)