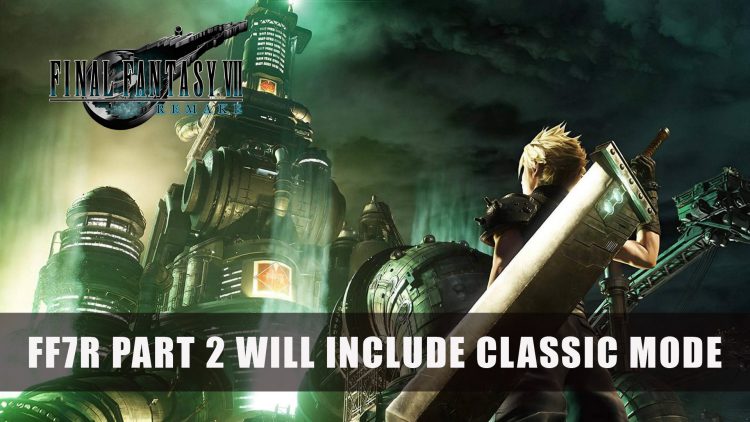 Co-director of the Final Fantasty 7 Remake confirms the next part will still include classic mode.

In this week’s Famitsu magazine, it feature several interviews and comments from Final Fantasy 7 Remake‘s core staff including Tetsuya Nomura and Nobuo Uematsu, which was summerised by Ryokytya2089. Co-director Naoki Hamaguchi also share a bit about the next part of FF7R, confirming that the sequel will include Classic Mode and will be using the same battle system as the first, but Nomura shared this will be improved.

Classic Mode in FF7R allowed players to still be able to take control of character’s abilities and direct them where to walk, but also had auto-attack when it came to fights making gameplay more autonomous. It also sets the game’s difficulty to Easy. Hamaguchi shared how fans reached out expressing how they wanted to play Classic Mode in Normal difficulty, and the development team may choose to go ahead with this.

While I only tried Classic Mode during the game’s demo, it wasn’t a mode I really enjoyed as I prefer to get a good balance of combat and story. But for those who want to have more of an experience of story rather than focus on melee attacking, an option for a normal difficulty choice could make it a little more challenging.

Currently Square Enix have an ongoing survey about the game including the combat system, you can take part in the English survey to give your feedback:

Our second #FinalFantasy VII Remake post-play survey focuses on the combat system of the game, tell us how you fought your way through Midgar now! #FF7R

FF7R Part 2 has already entered full development according to the interview, with the main focus to “…make the next installment even better in quality that can make for an even better experience”.

For more news be sure to read next Star Wars: The Old Republic Comes To Steam and The Waylanders Comes To GOG’s Games In Development Program July 27th.