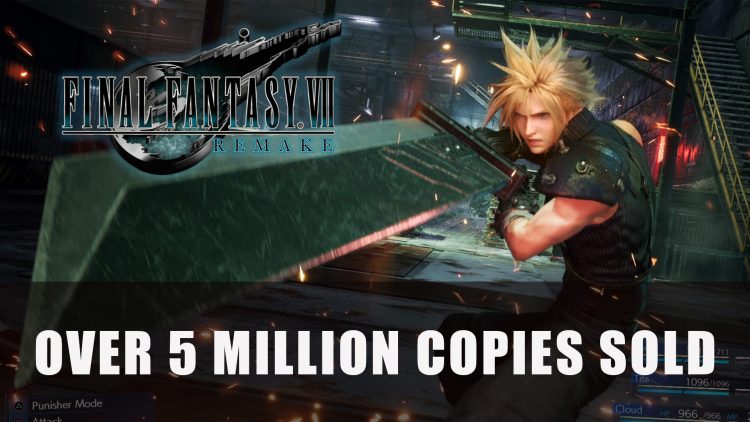 Final Fantasy 7 Remake has now sold over 5 million copies worldwide, this includes both physical and digital versions. The Playstation 4 exclusive is also the highest-selling digital release on the Playstation platform in Square Enix’s entire history.

We shipped and digitally sold over five million copies worldwide, which has made #FF7R the highest selling digital release on the PlayStation platform in #SquareEnix history! pic.twitter.com/f6vaDSHukD

FF7 Remake is a re-imagining of the original version, following the adventure of Cloud, as he joins a group of mercenaries called Avalanche to bring down the Shinra corporation. If you’re curious to know what we thought of this title be sure to watch/read our Final Fantasy 7 Remake Review: 30 Going On 13.

Final Fantasy 7 Remake is also on sale with 34% off, so you can grab the first part of the adventure for just $40 from the Playstation Store.

Recently Square Enix talked about the return of Classic Mode in the upcoming Final Fantasy 7 Remake Part 2. FF7 shipped over 3.5 copies worldwide in just 3 days, so it’s worth to at least check out the demo if you haven’t done so already.

For a rundown of recent RPG news find it here in Top RPG News Of The Week: August 9th (Avowed, Mortal Shell, BG3 And More!). Planning on fighting your way through Midgar? Check out our Final Fantasy 7 Remake wiki.