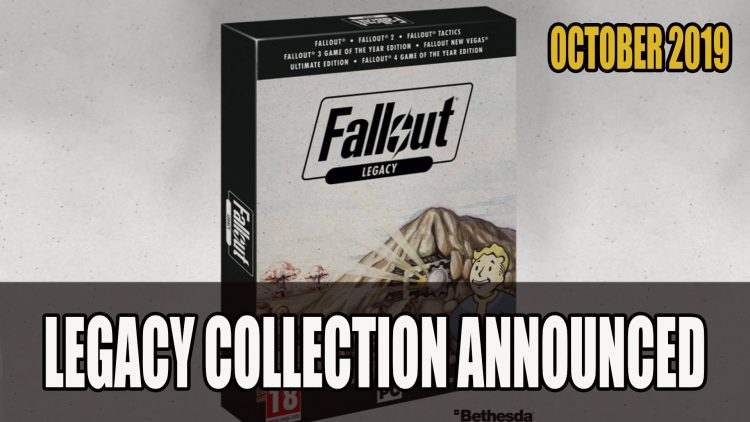 It has been confirmed that the Fallout Legacy Collection which features every title in the series will be released in the UK and Germany.

Bethesda have announced that pre-orders are coming shortly in the UK for The Fallout Legacy Collection which will contain every series title for PC with the exception of Fallout 76. This includes Fallout, Fallout 2, Fallout Tactics, Fallout 3 GOTY, Fallout: New Vegas Ultimate Edition and Fallout 4 GOTY.

‘Please stand by’ for pre-order in the UK!

This product will be released on 25th of October in Germany and the UK. pic.twitter.com/O4x28FLAhs

The collection will be available for PC only and will be sold at €39.99 according to article by Dualshockers. There seems to be only plans to release the collection in these two countries:

Fallout Legacy will release in UK and Germany only.

Fallout Legacy Collection will release in UK and Germany on October 25th 2019.

For more news be sure to read next Red Dead Redemption 2 Heads To PC In November 2019 and Monster Hunter World Iceborne Resident Evil 2 Collaboration Announced.