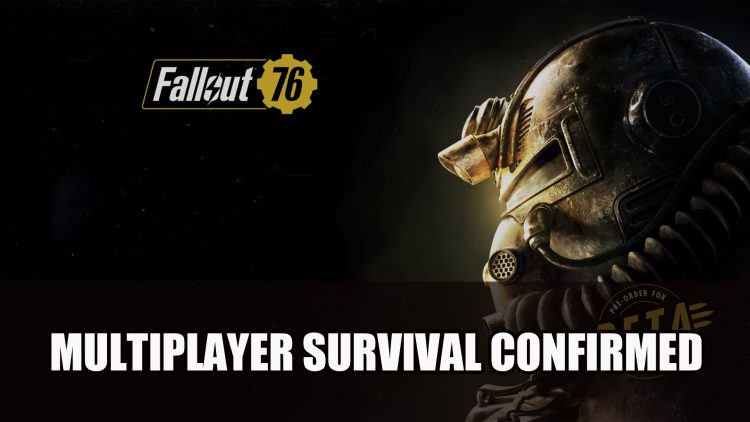 At today’s Bethesda press conference at E3 2018, we get a more indepth look into the type of game Fallout 76 is. They confirm our predictions of a first person online multiplayer, this survival game will be coming to PC, Xbox One and PS4 on November 14th, 2018.

Bethesda’s press con was filled with upcoming releases including the new Fallout title, Fallout 76 a prequel to the series. The highly anticipated game is the next instalment but does not follow the usual Fallout formula. This online multiplayer is set 200 years after the fallout where players await “Reclamation Day”, the day where the inhabitants of Vault 76 can leave and explore the world that was left behind. Set in America in West Virginia, the location is surrounded by nature, towns and government secrets. 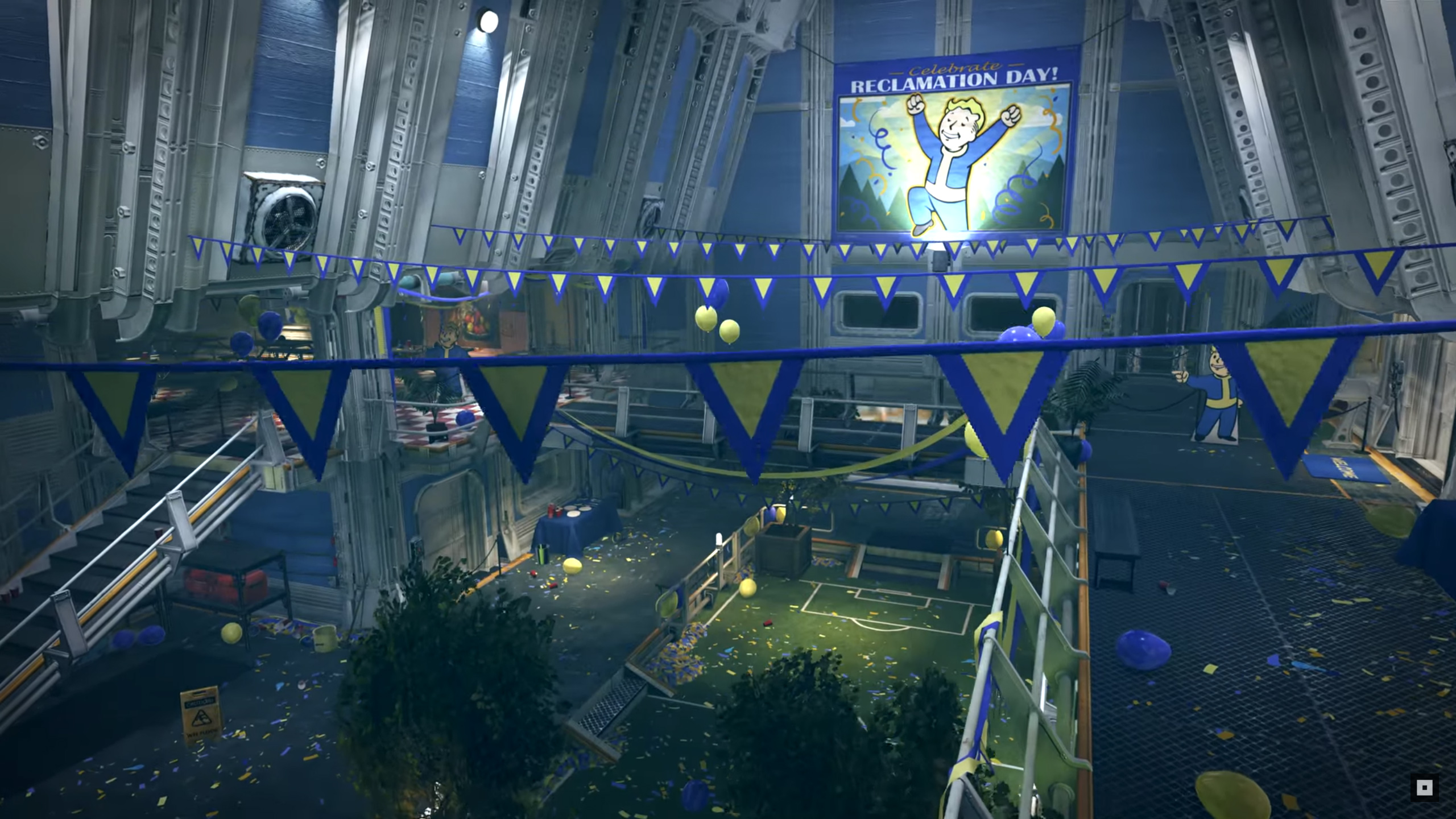 The title sets to include not only a new online co-op mode, but also a single player mode where players can complete quests, level their character and explore the world. While single player mode is available, co-op mode is the easiest way to survive so teaming up with friends could be the way to go. Fallout 76 does set out to be a survival game, Game Director Todd Howard explained it to be “softcore mode” meaning if your character dies, you will not lose your progression. 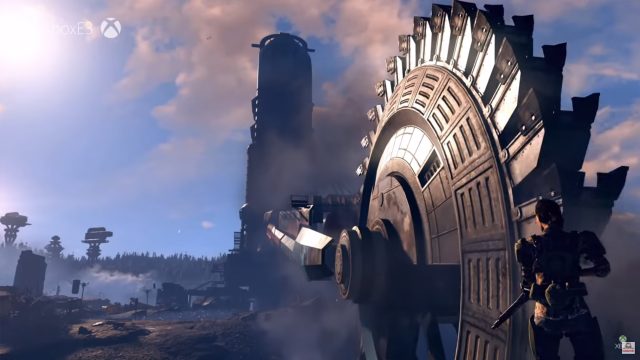 Unlike other MMO games, Fallout 76 sets out to only have dozens of players existing in your game, after all it’s a post-apocalyptic world where survivors are scarce. You can build anywhere and move your structures to new locations.

But we should probably mention the thing that’s going to make the multiplayer mode a bit more interesting is the missile sites. Located on various parts of the map are locations that contain missiles, players will need to collect codes in order to form a complete one to launch the missiles. To obtain these codes you will either team up with friends or even need to take out other players. Aim them at the enemy camp but be careful where you target as you don’t want to accidentally missile your own base.

Bethesda assure dedicated servers that will be around for years to come, and they will allow fans to sign up for Beta access or as they comically put it “Break it Early Test Application” via the Bethesda website.

They are even ready to share the special edition which will have a glow in the dark map from the game, duffle bag, exclusive steelcase, collectable Fallout figurines, Tricentennial bonus digital items and also a T-51 Power Armor Helmet.

Fallout 76 is set to launch on PC, Xbox One and PS4 on November 14th, 2018. If you wish to gain early access, you can sign up for beta via the Bethesda website. The game is already available to pre-order via Amazon.

If you enjoyed reading this article be sure to check out more E3 2018 news with Sekiro: Shadows Die Twice Revealed To Be From Software’s Newest Title and Cyberpunk 2077 Gets New E3 2018 Trailer!.