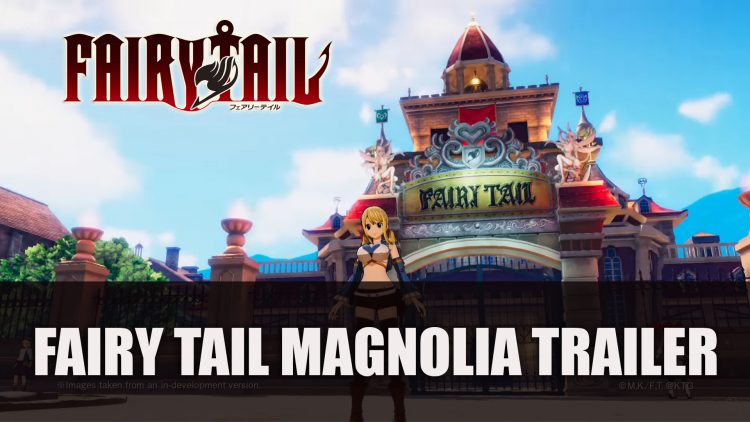 Publisher Koei Tecmo and developer Gust have released a new trailer showing off the town of Magnolia in upcoming title Fairy Tail.

The latest trailer shows the town of Magnolia, which has been recreated in the action-RPG Fairy Tail. Based on the on anime of the same name, the game will bring fans a first hand experience of the series, with plenty of characters that they know and love. Locations recreated and can be explored in-game, this includes a bright and cheerful look at merchant city Magnolia in the latest trailer, where main characters can be seen gleefully seeing the sights. The video description explains the hard work that went into building the town brick by brick over the course of six months, referring to scenes straight from the anime for reference, creating this environment in 3D.

The turn-based RPG will focus on staying true to the Fairy Tail series, as Gust intends to adds as many characters from the series to offer fans an immersive experience. If you want to know all about the combat we got to try out with our hands-on preview, you can read about it here as well as check out the gameplay.

Fairy Tail will release on Playstation 4 and Nintendo Switch on March 19th 2020.

If you want to know more about Fairy Tail be sure to check out our Fairy Tail Interview – Producer Discusses Guilds, Post-Launch Content, Characters And More. You can also see 20 minutes of gameplay in our hands-on preview.