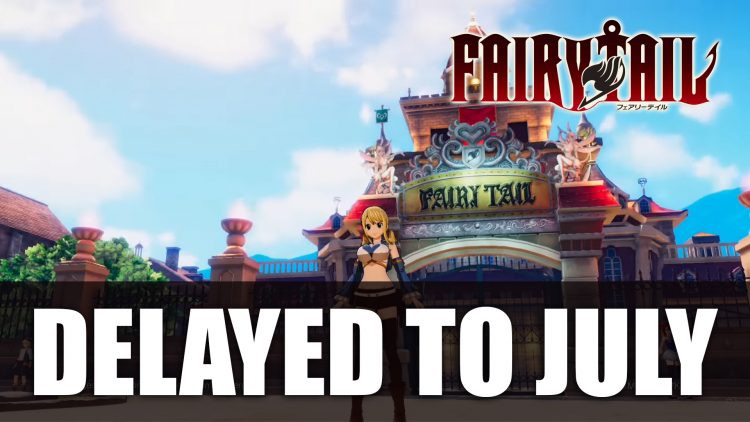 Koei Tecmo and Gust Studios officially confirm the RPG Fairy Tail has been delayed to July.

This week Fairy Tail in Japan was announced by Weekly Famitsu to be delayed to July, however the western version had yet to receive news on it’s release date. Today both Koei Tecmo and Gust Studios have announced the JRPG Fairy Tail has been delayed to July 31st 2020.

Fairy Tail has already been delayed once but it looks like they will need more time to finish the game due to COVID-19 which has changed their development team’s working situation. But it’s not a big delay as it it’s just a month off from the previously scheduled June release date.

A message from our Fairy Tail Game development team.#KTfamily pic.twitter.com/RZOwdeoHjn

Fairy Tail the JRPG is based on Hiro Mashima’s best-selling manga and anime series, giving players a new experience into the universe. Sets to have around 30 hours of content as well as more if you include side content. You will get to experience different backstories of playable characters from Fairy Tail and play out battles in turn-based combat.

Fairy Tail was to release on Playstation 4, Nintendo Switch and PC on June 26th but now has been pushed back to a July 31st launch date.

For more Fairy Tail be sure to check out next our Fairy Tail Interview – Producer Discusses Guilds, Post-Launch Content, Characters And More. You can also read more news in Xenoblade Chronicles: Definitive Edition To Add Over 10 Hours With ‘Future Connected’ Scenario and find out more about Bandai’s next Action-RPG in our Scarlet Nexus First Impressions: Next-Gen Code Vein? Sign Me Up!.