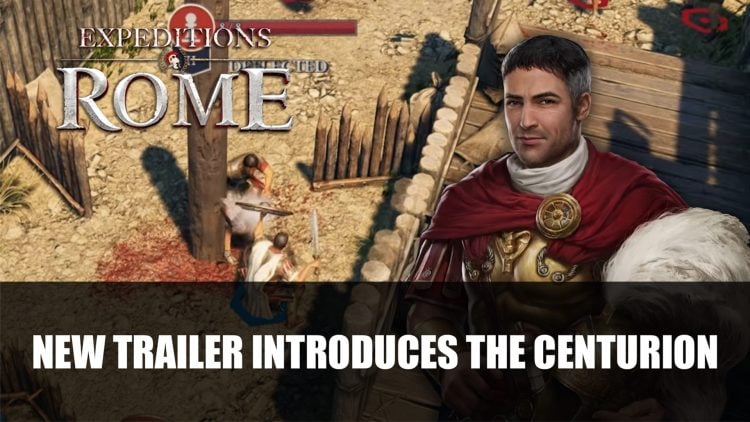 In the new trailer released by THQ Nordic and developer Logic Artists, it introduces the character Caeso Quinctius Aquilinus for the upcoming turn-based RPG Expeditions: Rome. Set to release this month, The Centurion Caeso is a playable character who will follow the command of his Legatus.

The trailer previews The Centurion’s weapon skill, Hunker Down which allows you to lock yourself in place and defend against oncoming attacks from a certain direction. It also shows the active skill Bull Rush, letting Caeso hit all enemies in a line dealing 10-16 Bundgeoning Damage, but also comes with the caveat of being able to damage allies as well. You can check out these moves in action in the trailer below.

Previously THQ shared a little behind the scenes in the making of the soundtrack for Expeditions Rome, complete with orchestra.

If you want to check out the game for yourself you can download the demo on Steam which gives a pretty substantial four hours of gameplay.

Expeditions Rome will release on PC on January 20th 2022 for $44.99 USD. Want to know what else is releasing this January? Check out our Top 5 Upcoming RPGs Of January 2022 (Weird West, Monster Hunter Rise, Pokemon Legends Arceus And More!)

For more news find it here in Next Big Story Reveal For Final Fantasy XIV Expected For February 2022 and Pokemon Legends Arceus Has The Most Dangerous Pokemon Yet; New Gameplay Mechanics & More.