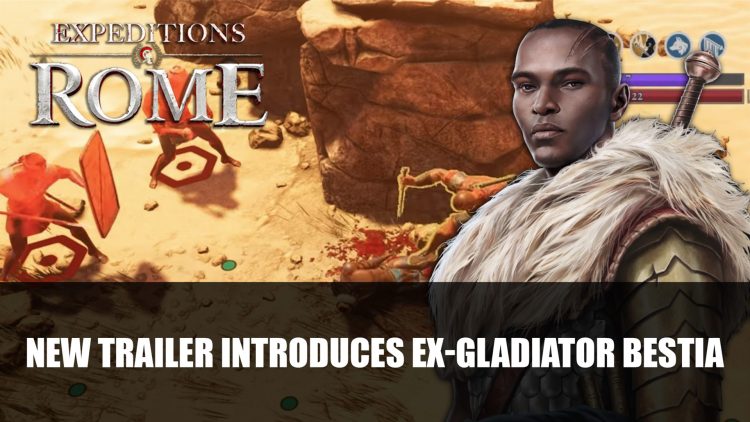 In the latest trailer for Expeditions: Rome we get another character introduction, this time for the former gladiator fighter Bestia. Bestia earnt his freedom after battling many beasts, taking up the name after leaving the arena forever.

Bestia is shown performing his moves, armed with a sword and spear. One of his active skills is shown called Feint, allowing him to surpass an enemy’s position on a particular hex, getting behind them in battle to attack. Another is Kill On Ground, allowing Bestia to kill incapacitated characters and instils fear in nearby enemies, causing negative morale.

The Bestia trailer follows the recent trailers released for Expeditions: Rome including one for the centurion Caeso who can rush through multiple enemies and more.

Previously THQ shared a little behind the scenes in the making of the soundtrack for Expeditions Rome, complete with orchestra.

If you want to check out the game for yourself you can download the demo on Steam which gives a pretty substantial four hours of gameplay.

Expeditions Rome will release on PC on January 20th 2022 for $44.99 USD. Want to know what else is releasing this January? Check out our Top 5 Upcoming RPGs Of January 2022 (Weird West, Monster Hunter Rise, Pokemon Legends Arceus And More!)

For more news find it here in ELEX II New Trailer Features Weapons, Magic, Combat And More; Pre-Orders Now Available and Shattered Tale Of The Forgotten King Announced To Be Coming To PS5, Xbox Series, PS4, Xbox One And Switch In Q1 2022.