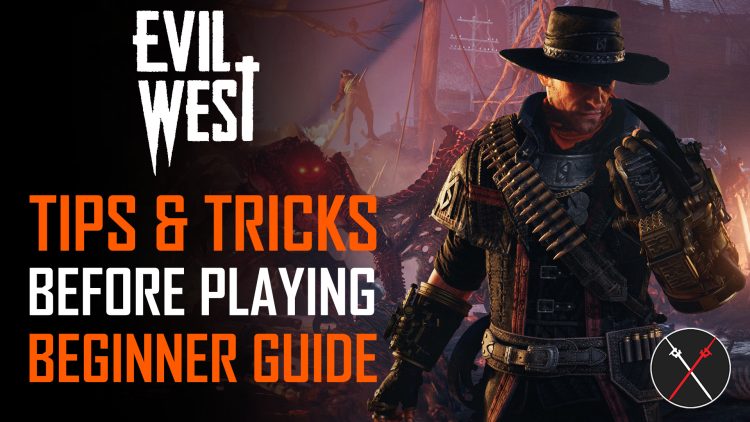 Evil West Beginner Guide – 8 Things You Should Know To Get Started – In this Evil West Beginner Guide, I’m going to share the best tips and tricks that new players should know to familiarize themselves with how the game works. If you want to know the specific things to do to make the most out of your time in Evil West, then this guide is for you!

Evil West is a rather straightforward action-adventure game that won’t boggle you with complicated mechanics. However, there are things that you can do to eliminate enemies more quickly, prioritize certain upgrades and perks, and more! First up is identifying all the sources of coins.

One of the things to learn about Evil West right from the start is that there’s no way to farm for bucks or coins, which is the game’s only currency. This is used for purchasing upgrades to improve your weapon’s functionalities. So we’ll instead talk about the things you need to be on the lookout for to get them.

You have the more obvious treasure chests, sacks, and shining boxes that you either punch or open. It’s worth noting that sometimes, they’re hidden away behind TNT crates and hay so be sure to shoot and burn them, respectively, to get rid of these obstacles. You should also make it a habit to move the angle of your camera upward the moment you see hanging dead bodies. More often than not, they show glowing yellow signs indicating that the rope can be shot at. Doing so will drop the body and sack of coins on the ground. 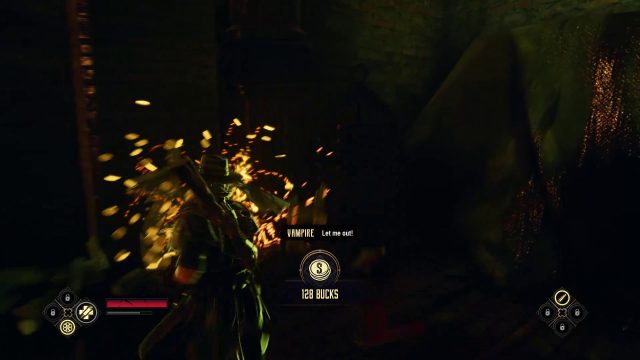 Now after every mission, you’ll go back to the hub area to talk to the NPCs before starting the next one. Remember to religiously re-explore your home base because alongside the additional lore you pick up, sacks and boxes of coins will be scattered in random locations.

The last way to acquire more of this currency if you haven’t collected all of it at the time is by replaying the respective mission but I would dissuade you from doing so due to the amount of wasted time. I’ll share more information in the next section.

Evil West Beginner Guide – The Point of No Return

To avoid missing out on the scrolls of lore and coins, it’s important to identify what the point of no return signifies. When you’re jumping over a barrier or climbing from one point to the next, you’ll notice glinting chained stakes. In some cases, only one of them will be present on your side of the area so upon crossing over, you won’t be able to go back so it’s important to explore the room first before progressing. This is what we want to prevent given the inefficiency of replaying a mission just to make your way to that specific section. 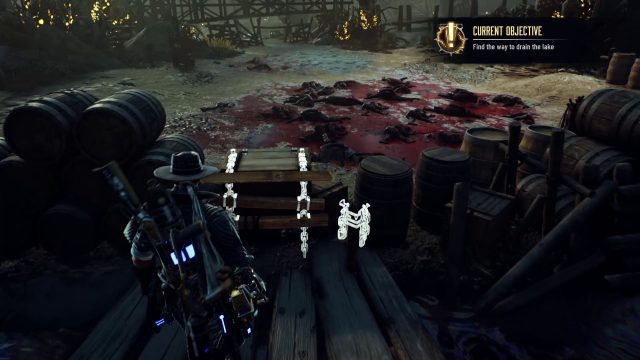 To efficiently explore the area, especially since there’s no map in the game, make sure to check if there’s another chained stake on the opposite side of the barrier or not. Do not go too near the obstacle, otherwise, Jesse will automatically move over. Gently walk towards it for inspection to check the presence of the second chained stake. This is very useful because there are usually two to three separate paths that you’ll have to navigate to get to where you should go. And in most cases, one or two of those contain extra coins, upgrades, perk points, and super perks.

Electrocution is the only status effect in the game that effectively stuns vampires. This is unlocked when you get a hold of the Zapper, which is an improvement to the Gauntlet. Mastering this melee weapon is very important to beat these creatures because of how relevant and potent it is in Evil West compared to ranged weapons. 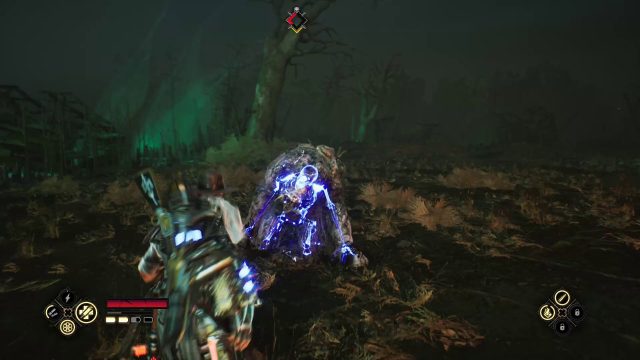 In particular, the two abilities you should immediately utilize are Zapper Pull to draw a vampire to you and Zapper Dash to alternatively charge towards them. Either action is effective and will depend on where the cluster of enemies is located. If they’re far away from you, it’s best to use Zapper Pull to single out a target but if they’re adjacent to you, find the farthest monster and then activate Zapper Dash to avoid the attacks of the others.

To make the most out of these abilities, be sure to prioritize taking the following upgrades and perks in this order: 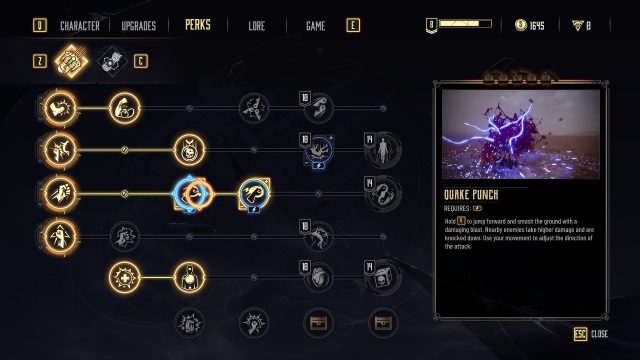 Once you reach Level 9, be sure to grab Wireless Transmission and Wider Audience. These perks allow you to inflict amplified damage after smashing the skull of a previous target and to stun several enemies near you with Zapper Pull, respectively.

In almost every fight, you’ll come across common enemies but there are some that you should prioritize killing as they make encounters tougher in the long run. These are the Infected Wasters, Infected Proteus, and Screeching Devil Monsters. Infected Wasters will run to seek you out and explode the moment they get near. In effect, your health will get depleted quickly. The moment they appear in combat, shoot with the Rifle, otherwise, you’ll have a hard time controlling them when their number escalates. 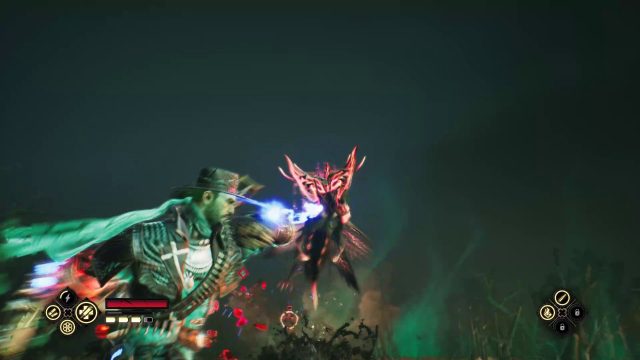 Conversely, Infected Proteus isn’t as aggressive so you can continue to dodge if there are other dangerous creatures nearby. They send out parasitic worms, which bounce toward you and then explode on impact. Rather than wasting a perk point to obtain Projectile Block to defend yourself against these toxins, you’d be better off attacking them with Zapper Pull or Dash followed by E-combo to beat them to a pulp.

Lastly, there’s the flying Screeching Devil Monster. To avoid their projectiles and to one-shot them, hit dodge followed by Zapper Pull.

Evil West Beginner Guide – How to Deal with Other Minions

Beating powerful vampires will not automatically kill its minions, which means that you have to deal with the latter separately. In addition to the Zapper Pull and Dash, make sure to cannonball them against larger monsters, TNT crates, and spiked traps. This is done by performing an uppercut and immediately throwing them at whatever obstacle is available. Doing so will instantly kill weak and strong creatures alike such as the Infected Vessel and Jenu Giant, respectively. 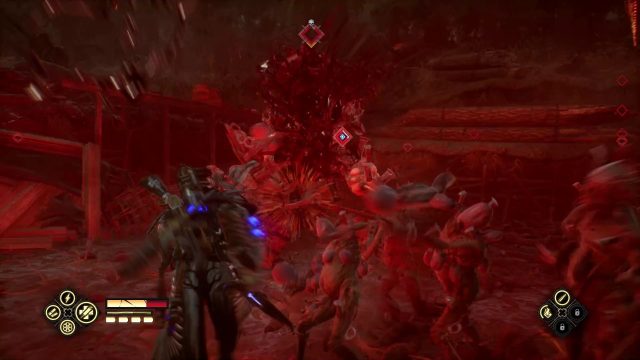 When you reach Level 10, remember to invest in the Touchdown and Cannonball Explosion Perks. For both of these, you’ll end up severely punishing common enemies, even going so far as instantly killing them right after the explosion.

Out of the available ranged weapons, the ones I highly recommend upgrading are the Rifle, Scorcher, and Boomstick. The Rifle is an effective gun that lets you shoot enemies from a safer distance. It’s effective against any type of enemy due to its Big Gun Upgrade, which boosts damage by up to 20%. 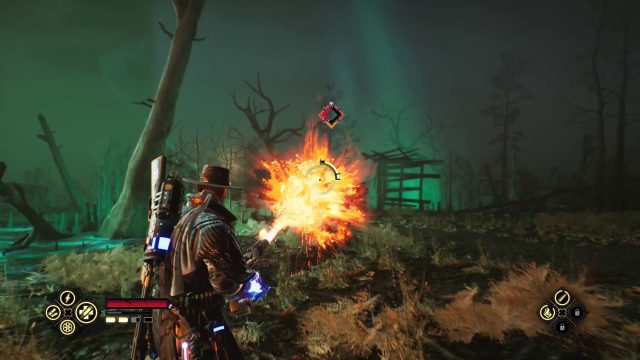 Instead of dealing burst damage like the Rifle and Boomstick, the Scorcher inflicts damage over time and momentarily staggers targets. This works well against common enemies, and more so when you get the upgrade, Flame Jet, to increase the weapon’s AoE and burn more of them in the process. 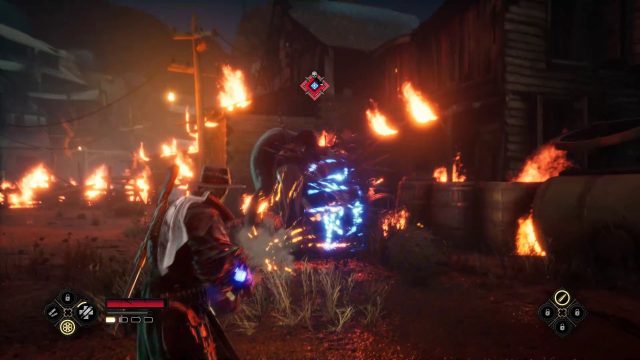 Last but not least is the Boomstick. This shotgun can destroy shields and with the Snap Shot Upgrade, you deal double the damage as long as you shoot the creature before it can even attack. The Boomstick is not only impactful but also quick because you can shoot with it at the press of a button like the Revolver.

How to Beat Strong Enemies

Strong enemies like Stalkers can be taken down effectively by first utilizing the circular areas for these types of fights. Due to the game’s design for mini-bosses, players have the benefit of continually dodging to the side without getting hit. As this is being done, the action has to be mixed with shooting at them using the Rifle to take advantage of the extra damage. Next, since dealing melee damage is powerful in the game, you’ll want to make sure to fill up the powerful enemy’s corresponding Stack meter before they can be subject to electrocution. Afterward, you can use Zapper Dash or Pull as well as the Supercharged Mode to briefly stun and inflict massive damage. 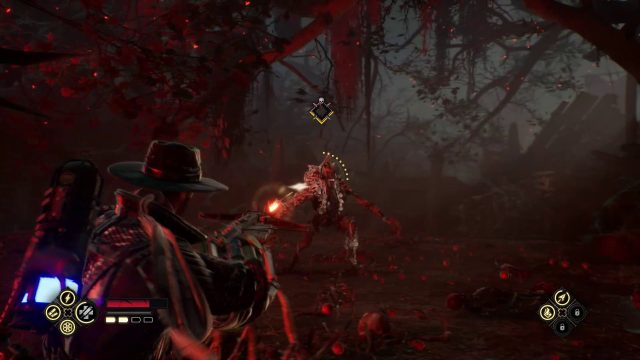 There are many ways to improve your character’s survivability because you won’t always be able to depend on your healing dispenser, which has a cooldown period. However, you can lower it upon dealing damage using the Gauntlet or Zapper, by taking the Pump Jack Perk. If your HP is very low, you can charge towards the target, whittle their health to 0, and then perform a finishing blow. This is 100% guaranteed to get a portion of your health back. 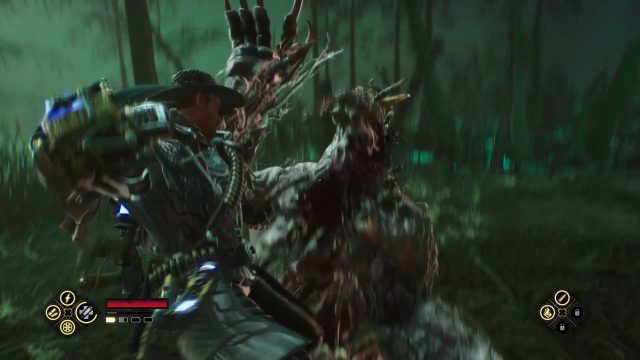 If your health is already below 50%, I suggest targeting the weak spots of enemies, especially bosses. Because of the On the Spot Perk, the drop rate of their health pickups increases by 15%. The easiest way to do this is to shoot them with the Rifle. And lastly, at Level 10, you’ll want to consider taking the Vital Superpowers Perk to boost your max health.

What did you think of this Evil West Beginner Guide? Will you be playing the Action Adventure Game soon? Let us know in the comments below! Be sure to drop by our Twitch Channel if you have questions about the game. For other content, check out Steelrising Cagliostro’s Secrets DLC Overview Impressions and God of War Ragnarok Trophy Guide & Roadmap (2022).