During the Game Awards 2019, one of the games that was announced was Dungeons and Dragons: Dark Alliance. A brand new third-person action hack-and-slash RPG that is the “spiritual successor” to the PS2 era Baldur’s Gate: Dark Alliance games. It will be developed by Tuque Games a Montreal-based studio and published by Wizards of the Coast. It is set to be released around Q3 next year for both consoles and PC.

In this Everything We Know about Dark Alliance article, we will summarize all the bits and pieces of information around, details that you might not be aware of and tell you a bit about the game.

Everything We Know About Dark Alliance 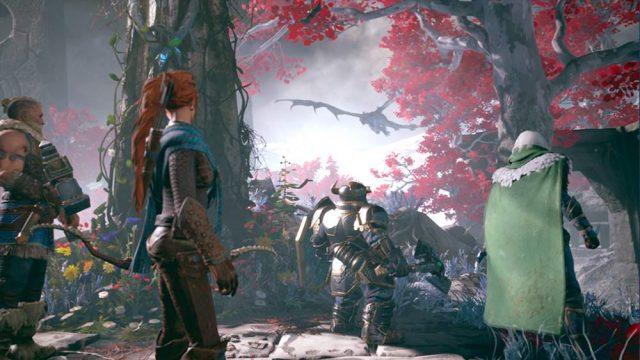 Baldur’s Gate: Dark Alliance was released back in 2001 for PlayStation 2, Xbox, GameCube, and the Game Boy Advance. The game was very well received on all four platforms and even won the “Role-Playing Game of the Year” award that year and as the name implies the game was set in Baldur’s Gate. It featured two-player couch co-op functionality, and played in a 3D isometric top-down view. It also boasted 4 playable characters, one of which was only unlockable by completing the game on Extreme mode.

The sequel, Baldur’s Gate: Dark Alliance II was released in 2004 for PlayStation 2 and Xbox only. It was also well received, and while the game was good, many felt like it was just Dark Alliance 1.5 because of the lack of overall improvements from the first game. However, Baldur’s Gate: Dark Alliance 2 introduced the ability to create your own magical weapons, armors, and trinkets, and featured 7 playable characters, 2 of which were unlocked by defeating the game and by defeating it on Extreme difficulty.

A sequel after the Baldur’s Gate: Dark Alliance II was planned but was canceled due to some legal problems between Snowblind Studios (the developers of the first game), and Interplay the publisher. This  was one of the reasons that saw the closure of Black Isle Studios (the developer studio second game), and the cancellation of the original Baldur’s Gate III and Fallout 3 games. The news came as a surprise and saddened many fans of these series. Baldur’s Gate: Dark Alliance II just like the first game, ended on a cliffhanger, so the story has never been finished. Whether this new game will follow the same story or not, remains to be seen, but we do know the following:

This Dark Alliance is set in the cold, harsh and dangerous region of Icewind Dale, and will feature famous characters from R.A. Salvatore’s novels. The story follows the Legendary Drizzt Do’Urden a male drow ranger and his allies from the Companions of the hall, Bruenor Battlehammer a dwarf warrior, Catti-brie a human archer and Wulfgar a human barbarian. 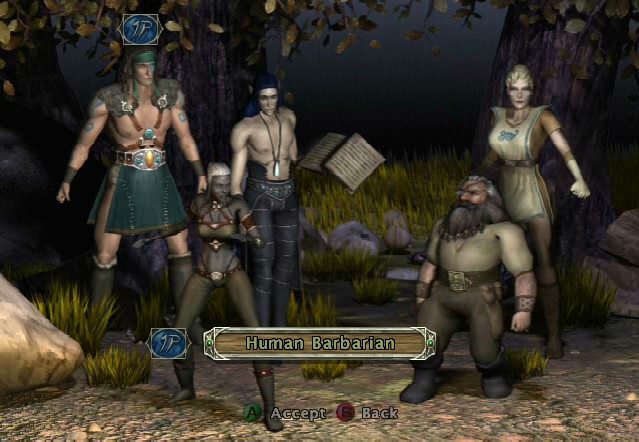 The Teaser and What We Can Expect

While we are extremely excited for the game based on the announcement alone, the trailer unfortunately did not show anything in the way of gameplay. We do know that Dark Alliance will be from the third-person perspective, moving away from the top-down view of previous games. As Jeff Hattem, Head of Tuque Games explained:

We wanted to bring in the camera to have a more intimate, visceral experience with the harshness of Icewind Dale.

This sounds a lot like PS4’s  new reboot of the God of War franchise, and their third-person over-the-shoulder gameplay. It really brought the action closer and more personal, so I believe that this would be a positive and welcomed change. However, it remains to be seen how exactly it will be implemented in a co op scenario. Split screen perhaps?

Despite the changes to the camera angle, Dark Alliance will have a “similar gameplay” as old Dark Alliance games, and there will be at least four playable characters, each with their own unique fighting styles and abilities. And like most RPGs, you’ll be able to customize these characters to your liking, enabling different types of builds for each. Also being introduced is a combo system that is called “emergent combat”, and the combo you perform will depend on the type of weapon you currently use and the skills you have equipped. This could be an interesting feature, or a gimmick that doesn’t make much sense…

Another thing Tuque Games is adding is couch and online co-op functionality for up to four people, which is rarer than an honest politician these days, and is an upgrade from the 2 player experience. To give you some idea, the only other 3rd person or isometric RPGs that I can think of that have couch co-op are Divinity: Original Sin, Warhammer: Chaosbane, Warhammer 40,000: Inquisitor Martyr and Diablo III. Even if I missed some, it isn’t a long list, and out of all those only Diablo III has 4 player couch co-op, so this is a big deal! 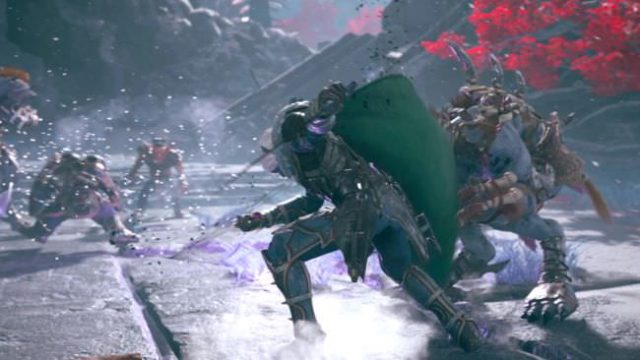 Very little is known about the new Dark Alliance game’s core mechanics, other than that it will have a heavy emphasis on the action elements, deep character progression, and the new playable characters. But as big D&D and Dark Alliance fans (I played the shit out of that game back in the OG Xbox), we are very excited and very much looking forward to the rich story and deep RPG mechanics that it will offer. Dark Alliance is like playing D&D light, and is a great way to introduce new players to the lore and concepts of D&D.

Tuque Games is still a relatively unknown studio with only one game under its belt, which may be cause for concern for most, but it isn’t for us. Tuque Games is headed up by Jeff Hattem, who used to be an Executive Producer at THQ, and was also a Creative Director at Ubisoft. so we clearly have an industry veteran behind this game. If that’s not enough to convince you, Wizards of the Coast acquired Tuque Games back in October of this year, which shows their commitment to bringing more D&D games to their many fans of the franchise. Who else is excited for Baldur’s Gate 3?

Dark Alliance releases in the Fall of next year on PC and consoles. As they didn’t specify PlayStation 4 and Xbox One we can safely assume that it may be released on the next-gen consoles as well. Regardless, we will bring you more coverage as new info releases so be sure to follow us, and keep an eye on our YouTube channel.