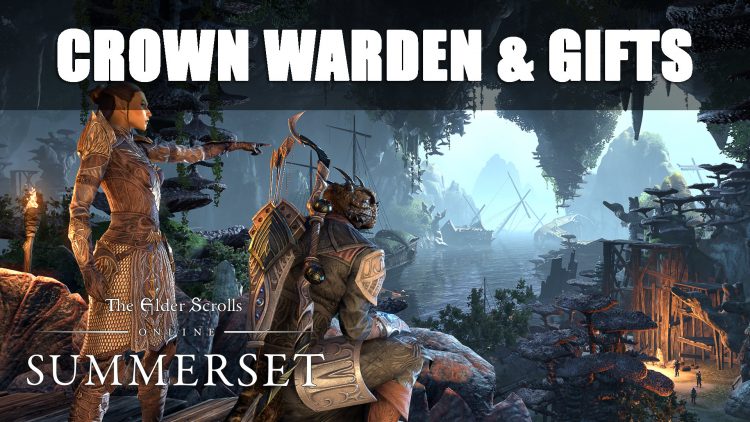 The latest patch notes have been released and it seems Elder Scrolls Online will never be the same again – if you ever wanted to gift your friend that epic mount your wish is about to come true. Not only has ESO made gifting items from the Crown Store a reality, there are several updates involving Battlegrounds and the Warden class you’re going to want to check out.

Some changes are coming to ESO with the Summerset Expansion that will be a game changer (literally) as they will adding a bit more to the base game according to the latest patch notes:

When Battlegrounds was originally released it was with the expansion of Elder Scrolls Online: Morrowind, with the latest patch this will be no more, it will be available with the ESO base game. But this is not the only change made to the arena, match making is also getting an update:

Battleground match making now adds an additional multiplier to the value of players who are grouped. This value scales differently between 2, 3, and 4 player groups.

Decreased the rate at which the system expands the range of players to be evaluated for a potential match.

Now you have the power to choose which games you want to queue for, similar to choosing certain Dungeons in the Dungeon finder but note no bonus rewards will be given. The benefit of this is being guaranteed a game when choosing Deathmatch, Flag Games or Land Grab games.

The Gift of Giving via Crown Store

If you ever wanted to shower your friends with gifts you’re about to become very popular as this is now an option with the Crown Store coming with Update 18. Many items in the Crown Store will have the option to be gifted to players. When you receive a gift there will be a notification letting you know someone has sent you something and a link to the item in the Gift Inventory.

You will be able to keep track of gifts in the Gift Inventory as there are categories showing “Unclaimed” and “Claimed gifts” so you can stay on top of your generous behavior. You can also see if there are any unwanted gifts in the “return” section, this is where any expired gifts will turn up as all gifts have a 14 day expiration date.

Warden is Now in a Class of It’s Own

The Warden class was originally introduced to ESO through the Morrowind chapter purchasing with real money, but not anymore. Warden class is now being made available through the Crown Store, players will be able to purchase this class separately using Crowns.

Not only this but the zone Vvardenfell and it’s story content will be made available for purchase using Crowns and is also available through the ESO Plus membership.