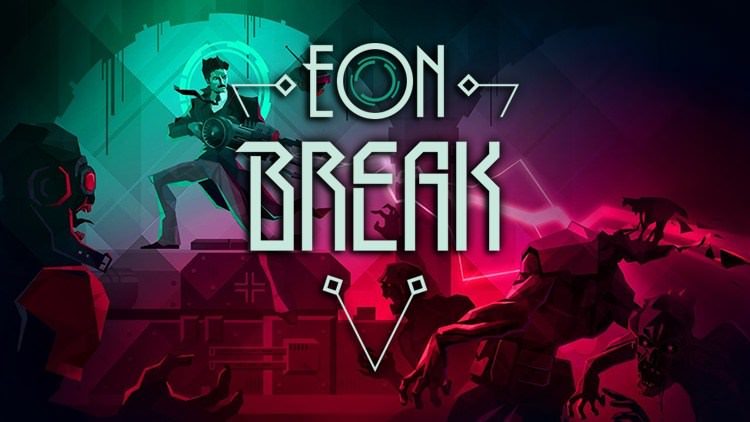 Nikola Tesla is a common name in the world of Sci-Fi and for good reason, as his real life work and inventions and his legendary lore have made him a larger than life muse for creative types interested in exploring the possibilities of science. So it’s only natural that he gets to star in his own video game from time to time. Or back in time! Eon Break is a new Metroidvania from Glad Rock that just hit Kickstarter and takes the iconic inventor and thrusts him into a planet saving quest against Nazis and aliens. How pulpy!

The events of the game begin with the crashing of a giant alien spaceship called the Angel in the Bavarian Alps. Despite not finding any bodies on board, humanity were able to carefully study and learn about the alien technology which seemed to allow instant travel between distant points in the universe. 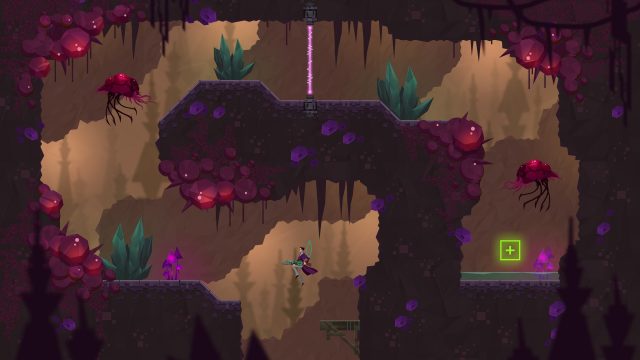 During this time the Third Reich rose and began to conquer nations and fearing the takeover of the technology attempts were made to destroy the remnants of the ship. The Nazis however arrived before this could happen and seized control of the alien equipment, making their forces unstoppable. Eventually the entire world fell to the regime and on his deathbed, Nikola Tesla sees one last opportunity to change the fate of humanity, by going back in time with his inventions to bring an end to this dark timeline. 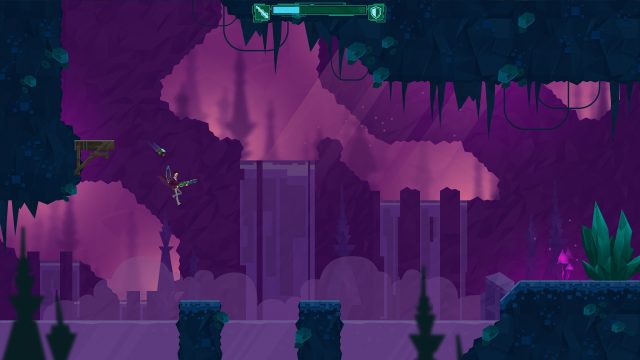 Every single object in the game is hand drawn and every room and element tells part of the story. Objects and enemies are hints of previous events, and location design fills gaps in the plot, so that the story can be experienced by the attentive. 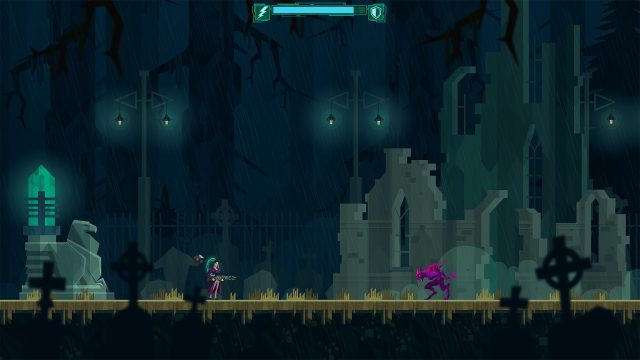 The gameplay is a 2D metroidvania with some RPG progression that focuses on using your devices and their abilities to explore increasingly complicated locations.

The major focus of the game is on the various pieces of equipment you will be using, called apparatuses. Each one of these apparatuses feature different abilities which you can combine to proceed through the game and defeat the various Nazi and alien enemies you will encounter. There are 3 major apparatuses in the game and each can be upgraded as the game unfolds. 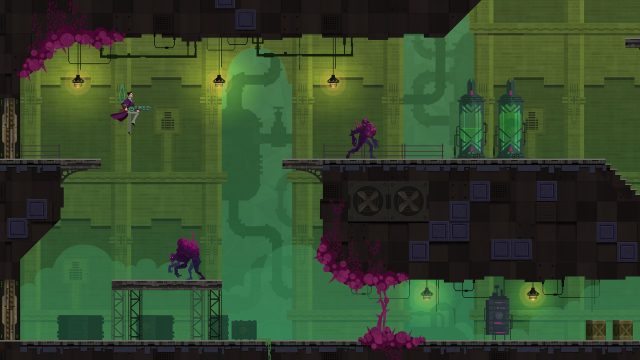 The HALO allows Tesla to use special movement abilities like double jump and wall grab while it’s being worn. In addition to granting traversal bonuses, it features a special ability that allows you to teleport forward instantly. This allows for some creative level navigation as well as combat as you can pop in and out of thin air to gain the upper hand. 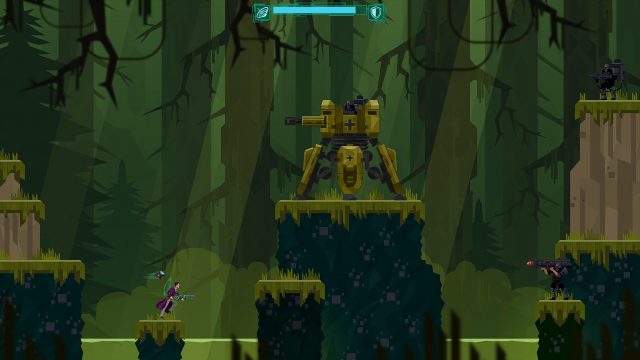 The TEAR is an electric assault rifle that features some lightning projectiles, including the classic Sci-Fi death ray. It features a special ability that allows for a void attack mode in which the gun rips space apart to create a wormhole that consumes nearby objects and enemies. Those items consumed can be shot back into the world later, making it an option for handling heavy and dangerous items. 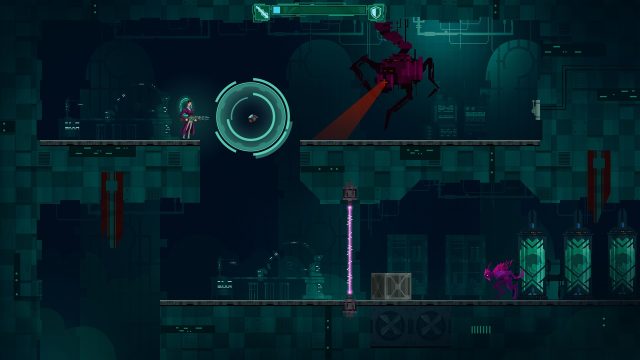 The Life Support  Droid is an autonomous helper machine that defends you from foes and generally protects you from harm. It has several upgrade paths that you can apply such as adding a machine gun, a remote control, or have it transform into a gas mask with advanced vision. It has a special feature called chronosphere that allows it to slow down time in a limited area, which makes it a valuable tool for solving the game’s numerous puzzles.

In addition to these primary devices, there will be many others that can be used to survive the journey to change time. Tesla will be able to improve gear, repair broken devices, increase parameters or create a lock in space-time that allows you to return to that point in time later in the game. 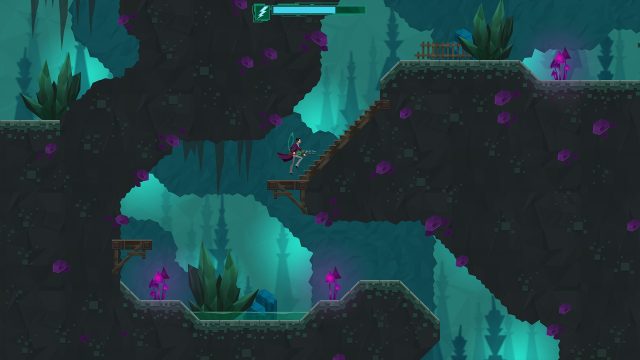 The enemies are varied and unique and are comprised of Nazi human foes as well as some more disturbing mushroom-like aliens. Each has a unique feel and attack pattern and will have to be carefully studied for openings and weak spots to get past them.

The bosses are a large focus of the game and are designed to not only be diabolically tough, but test your knowledge of the game’s mechanics. They have different design principles such as your classic huge death machines and some more original creatures from the game’s own neon 80’s horror design aesthetic. Some have interesting mechanics of their own like the ability to rewind time when receiving damage. 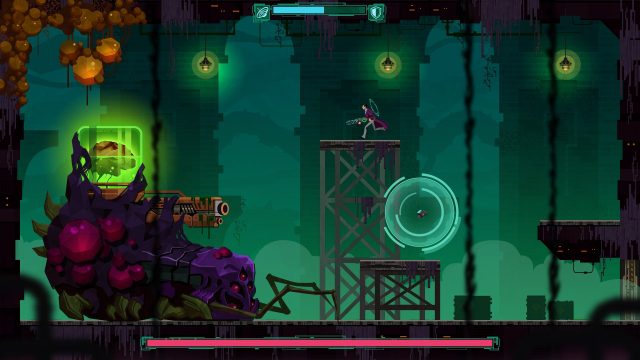 Eon Break has the potential to jump on the new wave of Metroidvanias and carve it’s own sci-fi niche within it. Inventive mechanics are always what separates standouts from the pack, and the fun use of Tesla’s arsenal of inventions to serve the gameplay and traversal have set the game up to memorable. It’s a wacky overarching narrative with Tesla, Nazis and mushroom headed aliens but it all seems to work within the art style and tongue in cheek approach to the setting, somewhat like the movie, Abraham Lincoln: Vampire Hunter. If creative, throwback gameplay with an over the top story is up your alley, head over to their Kickstarter page to learn more.