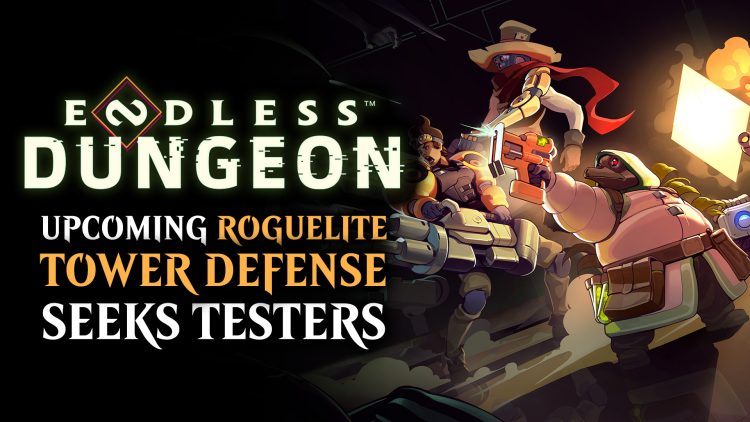 Endless Dungeon, a cartoony mix of the roguelite and tower defense genres enters the second round of testing.

The folks at AMPLITUDE Studios, of the ENDLESS game series fame, have brought to us an update to their newest game. Titled “Endless Dungeon” (not to be confused with their other game, Dungeon of the Endless), this new and shiny toy is their attempt to mash together popular elements of the roguelite and tower defense genres.

Their “Second Chance” update was just announced, which also coincides with their signups for the second round of internal testing. What’s new in this experiment? Let’s find out!

Endless Dungeon is a tactical top-down action game set in the sci-fi Endless universe. Players will choose a hero and battle it out against aliens, mutants, and machines. Budding heroes explore what is called the Station, an abandoned ship of massive proportions that may hold fame, money, and glory. To be able to do so, however, they must reach The Core at the center of the Station. 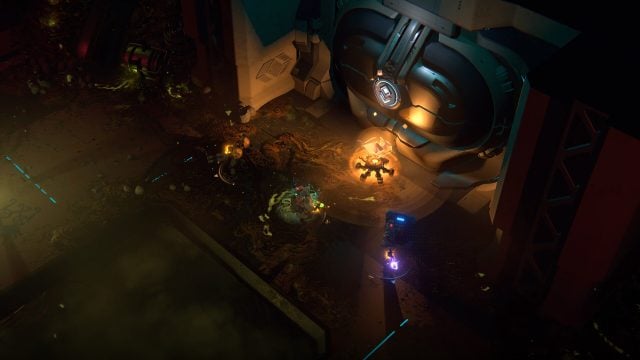 Is the Dungeon Truly Endless

The Core can only be accessed by the heroes’ Crystal. It isn’t clearly explained what’s so magical about the crystal core, but we sure do know that it’s so important that its destruction will bring an end to your escapades. 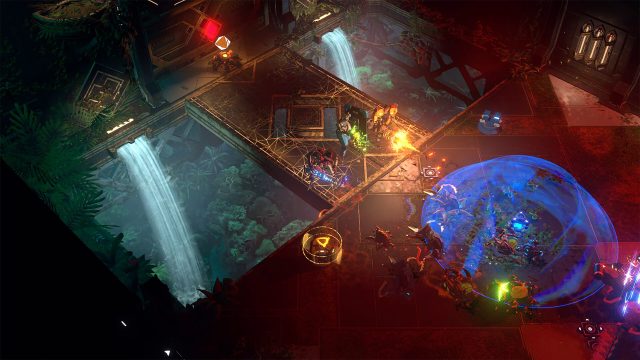 Defend Your Crystal at All Costs!

Heroes and their companions walk from room to room, opening door after door with their crystal in tow. At times they will be forced to hunker down and defend certain points as hordes of enemies flood through the hallways and vents. 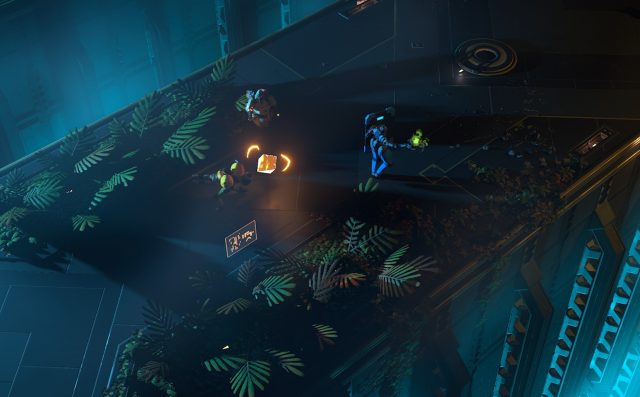 Players will need to find the best spots to defend, such as making use of the environment to create natural choke points or position themselves in a way that the enemies will have difficulty rampaging over them.

At the moment there are four heroes to choose from in Endless Dungeon, all with varying playstyles. We have Bunker, a robotic juggernaut that carries a massive tower shield. She is the stereotypical tank character and will be the best defense against the hordes of aliens. Zed is the heavy weapons expert of the group. This character deals more damage the more health he is missing, promoting a very high-risk-high-reward playstyle. 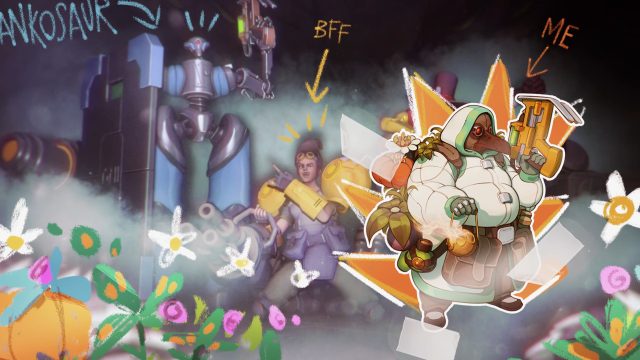 Blaze is your somewhat silent and brooding character, who looks like a space cowboy with four arms. This character is also a demolition expert and solves problems with loud kabooms. Last, but not least, is the newest character introduced in this patch, Shroom. This duck hero is a support class that definitely loves plants. It just so happens that not all she carries may be totally legal. 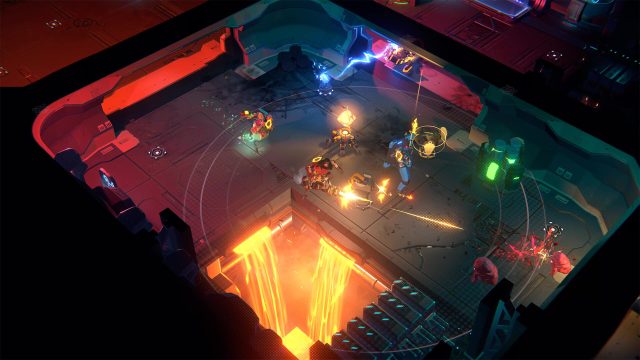 Group Up with Friends

The game’s main site gives off the hint that there are at least 5 more personas coming at a later date. Heroes, characters, and their weapons can be tinkered with and upgraded at the Saloon whenever they perish within a run. Once ready for another challenge, they can queue again to enter the Station and try again.

Is It Too Late Now to Say Sorry?

Endless Dungeon’s Second Chance update brings a lot of tweaks to the already interesting initial tease. The biggest update is that the game now has a fully playable multiplayer mode. Of course, this includes playing with friends but also brings along matchmaking. Up to three players can join one group. For those without friends, you can command an entire party of AI-controlled bots that will follow you around instead. 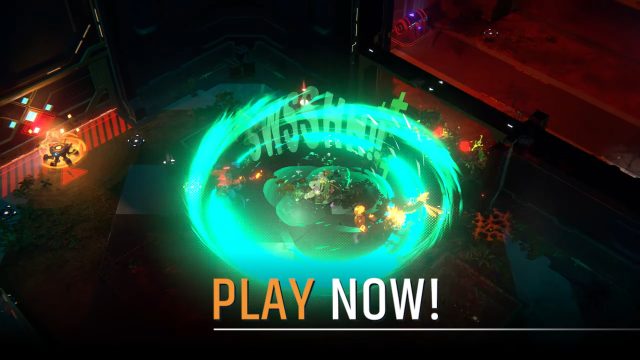 A new enemy type is also being added in this Endless Dungeon update. The “Blobs” are genetically created mutant monstrosities that aimlessly wander throughout the abandoned ship, looking for its next meal (i.e., you). Of course, players will still encounter the already existing enemy types, the “Bots” and “Bugs”. 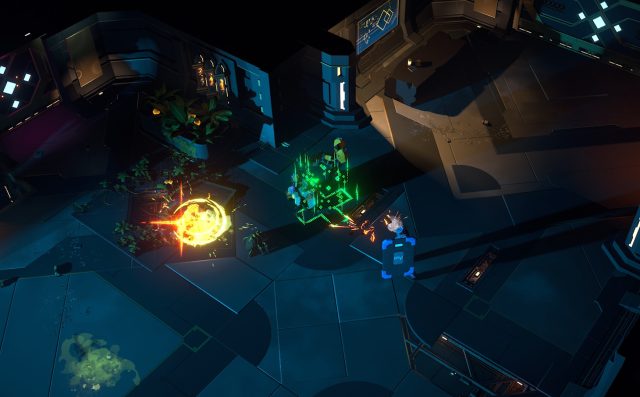 Work Together. Or Else

An overall Meta Progression system is also confirmed for this update, making the roguelite truly a roguelite. A sense of pride and accomplishment should finally surface as players start getting more experienced with the game. 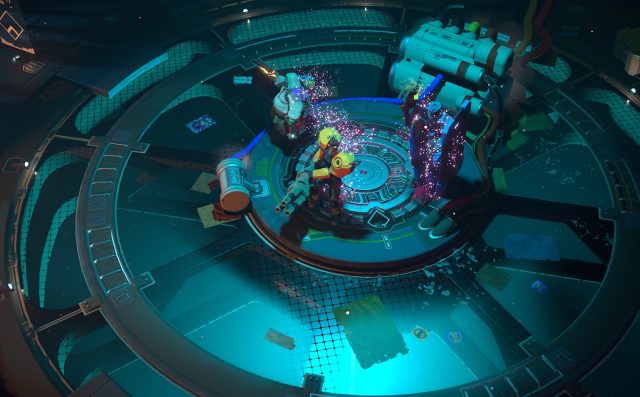 The Station is the Least of Your Worries

While AMPLITUDE isn’t divulging all of the details, they did confirm that two systems have something to do with Beverages and Crystal and Hero Chips. These both boil down to basically modifiers that will increase or decrease the difficulty of the enemies, the actual heroes, and the environment.

Players interested in joining the testing and fun of Endless Dungeon simply need to go to the main site and register on Games2gether. There, they will need to fill up a questionnaire and simply wait for an email to arrive, confirming their participation. Players’ feedback can be submitted to any of their social media accounts, specifically the Discord channel. Testing started back on November 17th and will last up until November 28th.

For more news, check out Ravenbound is an Open-World Roguelite Inspired by Swedish Folklore and Wild Hearts Trailer Showcases the Power of the Karakuri Gadgets.