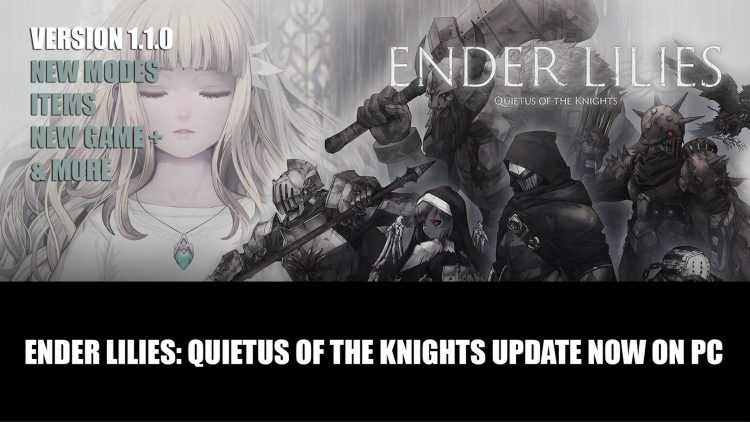 The latest patch version 1.1.0 for Ender Lilies: Quietus of the Knights is now available for PC.

Publisher Binary Haze Interactive and developers Live Wire and Adglobe have now released version 1.1.0 update for PC via Steam for the Ender Lilies: Quietus of the Knights which adds new modes items and more. The update will also be coming to Xbox Series X|S, Playstation 4, Xbox One and Switch at a later date.

It introduces Maligned Memories letting players challenge all bosses one after another and Purified Memories pitting players against a purified boss with difficulty determined by the game’s current chapter. There are also Blighted Memories where players can watch previously seen movies from any restpoint.

New Game+ adds a whole new challenge, with enemies now stronger than chapter 8 enemies and bosses. New Blightborn Modes will allow you to customise your game to make your own challenge run.

You can check out the full patch notes below:

Ender Lilies: Quietus of the Knights is currently available on PC, Switch, Xbox Series X|S and Xbox One.

For more news find it here in Mortal Shell The Virtuous Cycle DLC Free To Download For Five Days and Lovecraft’s Untold Stories 2 Announced For PC.