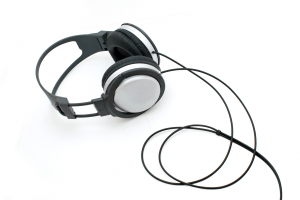 5 personally curated tracks to plug into. A mix of old and new from a large swath of genres that are in my current heavy rotation. Sound off below in the comments and shout out any artists you want to hear more of in the future. Enjoy!

The Civil Wars: The One That Got Away

This one snuck up on me.  The first time I heard this duo I thought meh, and then I heard this song and started paying attention.  What I like most about it is that the building tension never really resolves.  It gets close but still holds back, which really fits the song’s topic.  Ain’t love grand?  Or painful.

I’m not even going to pretend that I don’t like prog.  I just love to be taken on a journey when I listen to a song and this song does just that.  No words or vocals, this is just a few guys at the top of their technical game going in and out of crazy time signatures.  The head of this outfit is a guy named Tosin Abasi, a master of the eight string guitar.  Even without words, I get such a strong theme of self actualization and assertion.  This is all about planting two feet on the ground while in the midst of chaos.

There’s a joke in music about Tool fans.  “How do you know someone is a Tool fan?  They tell you.”  Well I’m going to tell you haha.  I can’t say enough superlatives without it coming off like a fanboy squee fest so I will let the music speak for itself.  This is a more mellower track than the songs of theirs that have garnered heavy airplay but it kicks off the phenomenal last quarter of the album Lateralus, which is one of the best progressive rock albums of all time.  It’s very meditative and transforming to sit back and listen to.

AFI: The Boy Who Destroyed the World

They’ve got a brand new album out, and have done big things for themselves.  But long before the more emo (but great) musings of Sing the Sorrow and Decemberunderground, AFI were a thrashing hardcore punk band with some heavy Misfits influences.  This is one of those tracks and it’s often a tune embedded in my head.  One of the things I love about punk is the call and response singing and this has it in spades.  Bonus points for the core breakdown to finish the song.

Haha I love Wu-Tang.  I can’t lie.  I always have.  I went to see them in concert, I followed the original nine members, bought the albums and kept tabs on the subsequent dozens of extended family members.  But this album.   Wu-Tang was always into the same shitty Kung Fu movies that I grew up watching (still do) but this album really nailed the Kung Fu rapper vibe.  So much so that I actually designed a DnD character around a wielder of liquid swords.  Flow like the blood on a murder scene?  Wu for life.

I’m not even going to bore you with music theory and I why I think this song is a musical masterpiece.  I fucking love the Beatles.  I think they were put here on earth by some cosmic entity to make sounds.  I get angry when people say they aren’t good.  This song is emblematic of the McCartney side of the legendary writing team, and even Lennon conceded how brilliant he thought this composition was.

Hope you enjoyed a few tunes and maybe discovered something new!  Check back for more sounds and visit for other gamer interests!