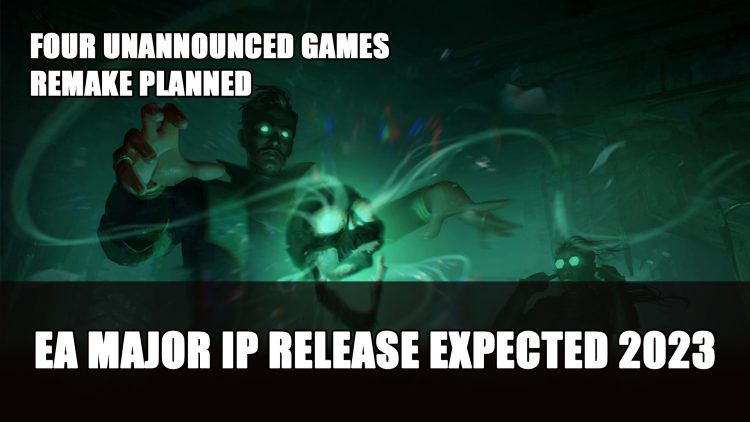 Electronic Arts reveals a major IP release will be happening in early 2023 alongside a remake and more.

In the recent Electronic Arts quarterly financial conference call held for analysts and investors today, chief executive officer Andrew Wilson gave an update on EA’s plans for upcoming games. For the fiscal year 2023 in Q4 the publisher has four games in the pipeline that have yet to be announced. The first title is from a major IP, the second is a title involved with a partner developer, the third sets to be a remake and the last is a sports title.

Wilson later confirmed during the direct Q&A that the game will not be launching during the holiday season, giving more time to ensure the highest quality when it comes to the game and time to build a solid game for a global audience. There were no other hints or details given exactly what the four titles are, or what the major IP is. Electronic Arts has already announced the Dead Space remake, but the footnotes in the presentation share that the title has not been “publicly disclosed”, meaning it’s probably not Dead Space. However the game is not included in the list, this could mean the game is delayed or a different remake is listed here. Dead Space was announced to be set for an early 2023 release window, and a few details have already been shared about the new systems, setting up the game for a more immersive terror-inducing experience. 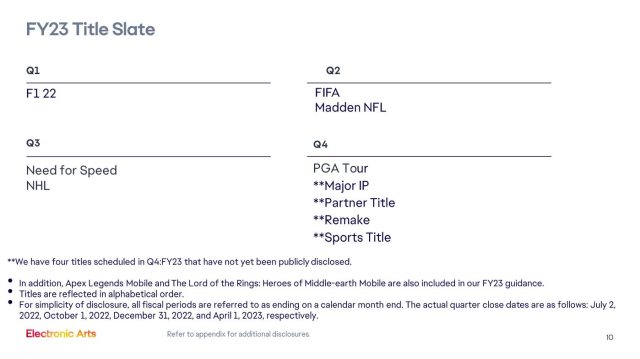 Electronic Arts’ fiscal year report included a page with titles slated for 2023 with four titles that have not been publically disclosed.

Earlier this week EA also revealed they are working on a new mobile game for The Lord of the Rings called Heroes of Middle Earth, featuring turn-based combat, collectible role-playing game, and a wide roster of characters from the franchise. EA also have previously announced Dragon Age 4 and the next Mass Effect title currently being developed, but both these titles have already been announced publicly.

What franchise would you want to see gain another entry or even a remake? Let us know in the comments below.

For more news find it here in Final Fantasy XVI Producer Teases Latest Trailer Is Complete And Coming Soon and EA Is Developing A Lord Of The Rings RPG For Mobile.