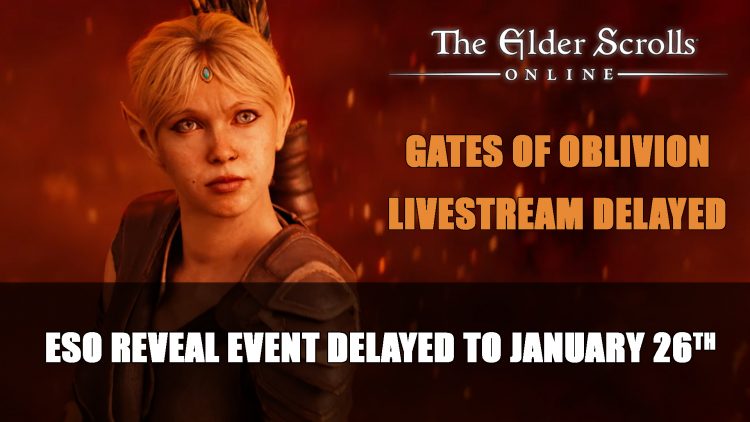 Zenimax have announced they will be delaying the livestream for the Gates of Oblivion reveal due to the US Inauguration Day clash.

Zenimax have announced they will be moving their Elder Scrolls Online reveal stream for Gates of Oblivion from the original date of January 21st now moved to a few days later. The reason for the delay is because it was going to take place close to the US Inauguration day which takes place on January 20th. The livestream will now broadcast on January 26th at 5PM EST/10PM GMT.

Due to Inauguration Day in the United States falling on Jan. 20, we are moving our Global Reveal Event for Gates of Oblivion from Thursday, Jan. 21 to Tuesday, Jan. 26 at 5pm EST/10pm GMT. Thank you for your support and we will see you soon! Details here: https://t.co/hXtzmeCpNe pic.twitter.com/qcy7NIHVmS

The livestream will reveal more about what’s to come ESO. It will be joined by ESO’s Creative Director Rich Lambert and other special guests from the development team. Those who watch the stream live have a chance to gain a Viridescent Dragon Frog pet from Twitch drops, by linking their Twitch and Bethesda account.

While its just a few more days to wait, it will be interesting to see what Gates of Oblivion will bring in terms of this year’s content, including the next chapter, DLCs, system changes and more.