Elder Scrolls Online’s Wolfhunter DLC is coming soon, and was released on the Public Test Server just a few days ago. In addition, Zenimax has released patch notes for this test version of the game, which gives us some insight into things to come. Let’s dig into these a bit and see what veteran players can look forward to. If you’ve ever wanted to try playing a Werewolf then now is the time!

The first thing we’ll cover here is the two new Dungeons added: Moon Hunter Keep and March of Sacrifices. Located in Reaper’s March and Greenshade, these two new Dungeons are very heavily Werewolf-themed. The Moon Hunter Keep was once the Colovian headquarters of the Order of the Silver Dawn, a group of peerless werewolf hunters found in western Tamriel. It was destroyed by the ancient werewolf Vykosa, who then took up residence at the estate. And, the March of Sacrifices is a section of The Hunting Grounds where mortals compete in teams for a boon from Hircine. It’s a deep ravine surrounded by impassable mountains, and populated with the most ferocious creatures of Hircine’s realm. 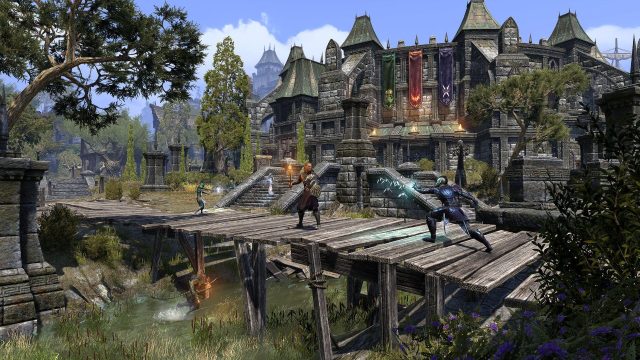 With these new Dungeons of course come brand new Sets, including Monster Helms, so let’s have a look at what these are!

Many of these sets are very good. Moon Hunter gives a TON of Spell Damage, and could be kept up nearly 100% of the time in many situations. Jailer’s Tenacity is an excellent tanking Set, and might have some implications in PvP as well for certain Builds. Vykosa is an intriguing Set because it allows for situational debuffing of hard hitting bosses. And, lastly Savage Werewolf and Blood Moon are solid Stamina Sets that work particularly well with Werewolves, and this leads us to our next section.

Leveling and maintaining your Werewolf is now considerably easier because the Devour passive is now granted automatically from the very start, so you can sustain the form better at lower levels before you’ve unlocked all the other skills. Also experience required to Morph Werewolf Skills has been significantly reduced, and if you’ve ever tried to play a Werewolf before then you know what a huge change this is. Leveling Werewolf Skills was frankly a pain in the ass… 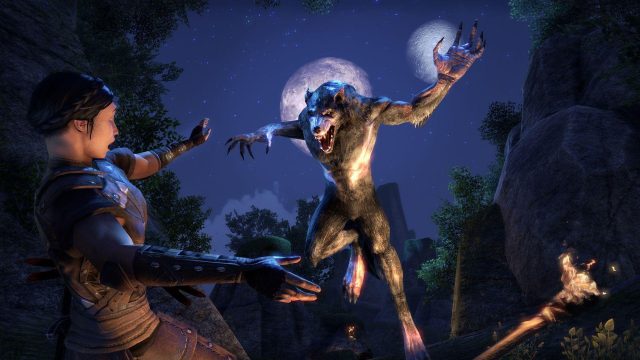 You’ll also be able to perform many more types of actions while Transformed and there have been a few other major changes which I will list here:

Blood Rage – This ability now increases the timer of your Werewolf Transformation when you deal damage, rather than when you take damage. It adds 2/4 seconds to your timer with a 5 second cooldown.

Devour – This is now the first passive you unlock in the skill line, and is a free passive that does not require you to spend a skill point. Points already spent into this will be automatically refunded. The devour corpse ability is now a 4-second channel, instead of a 4-second cast time. Every second you spend devouring a corpse increases your Werewolf timer and restores Health. Each corpse can be devoured for up to 4 seconds.

Pounce – This ability and its morphs no longer stun the target if they were already set Off Balance.

Pursuit – This ability now also increases your Movement Speed by 15/30%.

Roar – This ability and its morphs are now instant-cast, previously 1 second. Now fears up to 6 targets, instead of 3 targets. This ability and the Rousing Roar morph no longer set enemies Off Balance. Ferocious Roar now sets feared targets Off Balance. Rousing Roar has been renamed to Deafening Roar, and now applies Major Fracture for 10 seconds to feared targets reducing their Physical Armor by 5280!

You can see from the changes that it will not only be easier to level up your Werewolf but also play it. Being able to fear 6 enemies at once is almost game breaking in PvP, making it the single most effective CC in Cyrodiil, and that’s before you consider the Major Fracture. Hircine’s Bounty will also heal for much more Health than before, giving Werewolves more survive ability, which helps to shore up their 2 biggest weaknesses. The other is that they generally have no way to clear snares and defiling effects, which brings us to the next section.

Snares and Defile Getting Nerfed

Many abilities that Snares or Defiles its target has been nerfed in some form or another. I won’t list them all here, but some great examples are:

Merciless Resolve – Removed the snare from this ability.

Aspect of Terror – Decreased the duration of the snare from this ability and its morphs to 2 seconds from 4 seconds.

Dark Flare – Decreased the duration of the Major Defile debuff to 4 seconds from 6 seconds.

Reverberating Bash – Decreased the duration of the Major Defile debuff to 4 seconds from 10 seconds.

Rending Slashes – Decreased the duration of the snare to 4 seconds from 9 seconds.

Arrow Spray -Decreased the duration of the snare applied from this ability and its morphs to 4 seconds from 6 seconds.

Lethal Arrow – Decreased the duration of the Major Defile debuff applied to 4 seconds from 10 seconds.

Clearly these changes were made to further facilitate Werewolf gameplay, however, I don’t like the direction it is taking PvP. We are rapidly approaching the point where all that matters is dealing damage as fast as you can, and there is no real need to debuff your target. I hope in the future they add some sort of other debuffs to compensate for this nerfage. 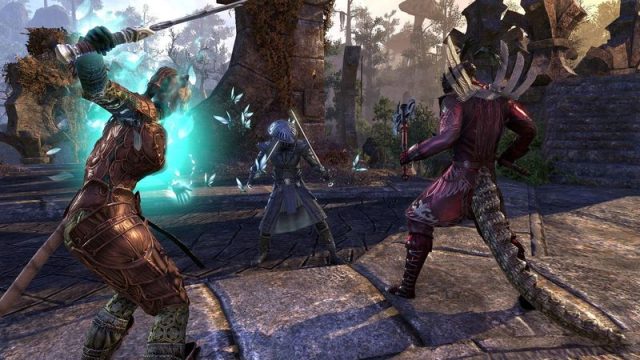 Zenimax has added a new method of navigating Cyrodiil called Keep Recall Stones. These are a new item you use from your inventory or quickslot wheel to recall to a Keep or Outpost. These can be purchased for 20,000 AP or earned from Rewards of the Worthy. However, there are several restrictions in place to use these items:

Because of the high cost of these Stones, and the fact that they only affect 1 player (unlike camps), I don’t see these making a huge impact in Cyrodiil. However, there is some potential for well organized groups who play often, and have a lot of AP to spare, to abuse these to defend their keeps easily. This could result in very lopsided campaigns where one faction has more well organized PvP Guilds.

Keeps in Cyrodiil have been tweaked so that they are further impacted by the Resources around them (Lumbermills, Farms and Mines):

What this means is that Resources will once again have a significant impact on the level of each Keep and holding Resources is more crucial to defending a Keep. Keeps will be the same difficulty as before when at Max level, but now reducing it one level will hurt much more than before. Now this may seem like a bad change, because Keeps are already so easy to take, however, all siege weapons will be more effective against players in Champion enabled Campaigns as of Update 19.

Activating respec mode no longer clears all of your points, but instead allows you to add and remove points from your abilities. You’ll still have the option to remove all points if you want a fresh start, though. This is a great change and one that should allow players to play with their Skills more often and see what they really like without breaking their banks!

The Welkynar Motif is now available from Cloudrest Trial. Unfortunately in an effort to make the game even more grindy you will only get Motif Chapter fragments now, instead of Motifs, so you will have to complete the Trial multiple times (on Veteran) just to get one Chapter.

Two new Homes have been added: Hunter’s Glade and Grand Psijic Villa. Both are huge and should tempt players into purchasing if they can spare the Crowns.

You can now only select one role when queuing through the Activity Finder, and it will display next to party frames. This change was made for a few reasons. Most importantly, it streamlines the queuing system so groups can be created faster. It’s also in an effort to address the issue where players would queue as multiple roles and get assigned the role they just can’t do, leading to bad group experiences.

Overall these are some intriguing changes to the game, and being a Werewolf and having made a few Guides regarding just that subject I’m excited that us Wolves will finally be relevant in a significant role. I don’t expect it to last forever though, so I suggest if you’ve ever wanted to be a Werewolf or you tried it before but couldn’t play as well as you’d like, then perhaps now is the time to try (again). There were no significant Class changes, except Templars which are having their Jesus Beam buffed and their Rune Focus buffed. Man it feels good to be a Templar Werewolf atm.

Stay tuned because I’m going to be doing some testing to see which Sets work the best on PTS with the new Werewolf changes and get some comparisons!