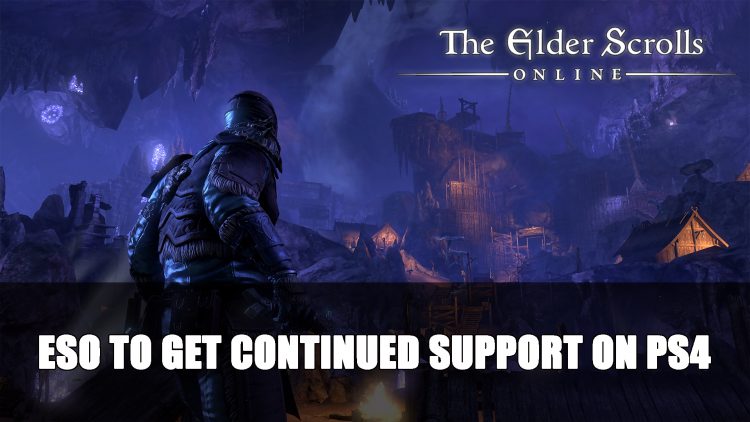 Zenimax have confirmed PS4 will still be receiving support for the Elder Scrolls Online in future.

Elder Scrolls Online Will Still Have Continued Support on PS4

With the recent announcements of the next-generation consoles arriving as early as November 12th, it had been a little unclear to see what would be happening with current console support for the Elder Scrolls Online. Reassuring PS4 players, Zenimax has confirmed that there will be continued support on Playstation 4 moving forward.

Just yesterday there was news that Microsoft had acquired ZeniMax Online Studios, signing a deal worth 7.5 billion. This adds the MMORPG to the list of titles now under Microsoft. This may have fans worried about whether the future ESO for PS4 players.

Studio director of ZeniMax Online Studios Matt Firor shared that PS4 fans have nothing to worry about as they will continue to support the console going forward “for many more years to come”. This means Xbox One players will also continue to enjoy access to ESO.

Previously Zenimax had already shared that ESO would be coming to Playstation 5 as well as Xbox Series X with backwards compatibility support, this was well before the acquisition was announced.

The next content to be launched is the upcoming DLC The Elders Scrolls Online Markarth, which is finale of the year long Dark Heart of Skyrim content release on November 2nd for PC, Mac and Stadia on November 2nd. Then on November 10th for Playstation 4 Xbox One.

For more news be sure to read next BlizzCon 2021 Digital Event Announced and The Elder Scrolls 6 And Starfield Are Being Developed Using New Version Of Bethesda’s Game Engine.