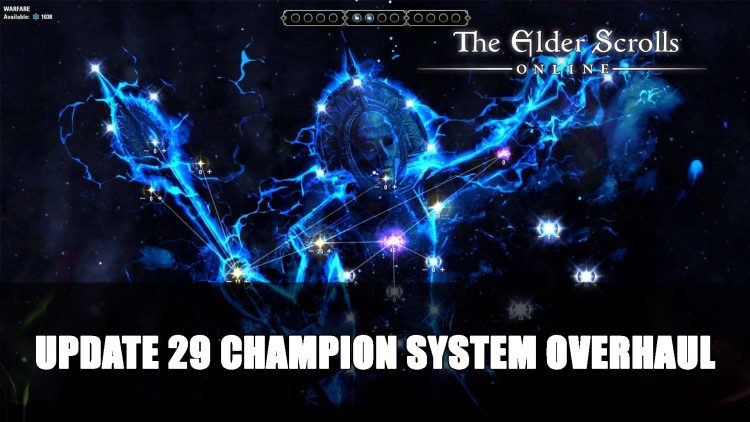 This month Zenimax is launching the next patch for Elder Scrolls Online, Update 29 alongside the latest dungeon DLC Flames of Ambition. This introduces a major changes to the Champion System which will also receive a new maximum.

The Champion System is getting a shake-up on March 8th, with the new level cap now being raised to 3600 CP. This change comes with Update 29 – Flames of Ambition which was announced back in January. Zenimax have released an overview of what this new system will look like, as part of the free update coming for all. There are also changes to armor weight, with adding bonuses and penalties. 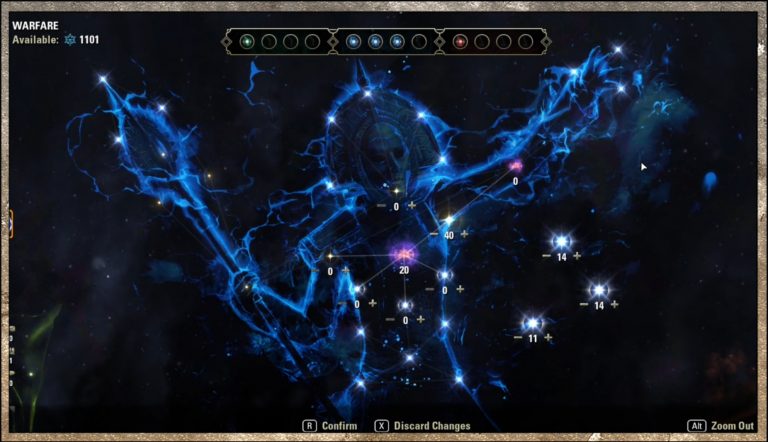 Champion System 2.0 will look familiar to players but has some major changes to Constellations.

The Champion System in Elder Scrolls Online was first introduced back in 2015, giving players a way to improve on their characters after reaching level 50. The current maximum for CP is 810, but you can still keep earning CP levels after reaching max, with many players already surpassing this giving no real progression after a certain point. Now in 2021, 6 years later a major overhaul is happening,

Zenimax assures you’ll still be able to do the same content you able to before the update goes live, for example DLC dungeons at CP 300 will still be possible.

Ultimately the new system is about choices, while you choose certain advantages there will be trade-offs, similar to that of gear and your ability bar.

Currently as the constellation system stands, there are nine different constellations. However these will be reduced to three major groups, Warfare, Fitness and Craft. These are essentially trees that will unlock paths to new stars.

Warface – The Warfare constellation group contains pretty much everything involved with altering your damage dealt, healing, and stat mitigation.

Fitness – Fitness tree l contains stars that effect your combat, but mainly about how you move and interact compared to raw numbers.

Craft – Contains as many ‘out of combat’ augmentations as possible, while still offering some combat utility. 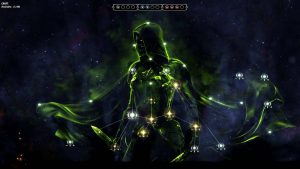 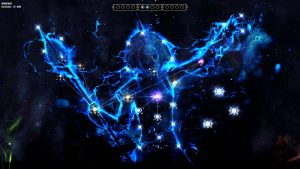 In addition to new groups of Constellations, there is now a Constellation bar that is located at the top of the screen. This has 12 slots, with 4 dedicated to each Constellation group. Here you can add “special stars” which grant powerful boons. The aim of the addition of this bar is to provide great flexibility and variance between builds.

Stars are split into two types, non-slottable and slottable. Non-slottable which don’t need further interaction, just meeting the point requisite to activate stat bonus, and Slottable which are needed to be slotted in the Champion bar in order to be activated.

You can swap these stars out as you need, whenever not in combat. The cost to respec Champion Points will remain at 3000 gold.

12 slots, 4 for each Constellation group

One of the other major changes to come with Update 29 is for armor. Armor is currently split into 3 weight categories, Light, Medium and Heavy. But the major change for these are they will now come with advantages and drawbacks for Light and Heavy armor. Medium Armor will remain more neutral, offering bonuses only.

You can find the changes below, but these are taken from the PTS patch notes so the final changes might be slightly different:

These armor changes will give way to a number of possible builds, giving far more variation. All armor passives will also scale per piece equipped.

What do you think of the new Champion System? Are you excited about the changes? Let us know in the comments below.

Elder Scrolls Online Flames of Ambition and Update 29 will release on March 8th for PC/Stadia, and on March 16th for Xbox One and Playstation 4.