The next expansion for the Elder Scrolls Online has been revealed by ZeniMax and it’s a good one: We’re heading to the Summerset Isle – ancestral home of the High Elves.

Unlike Morrowind (which was featured in Elder Scrolls III: Morrowind), this is the first time since Elder Scrolls: Arena that players have been able to explore the Summerset Isle. And since the region was randomly generated in Arena, that barely counts.  With shining cities, vibrant forests, tropical lagoons, coral caves and mysterious ruins, it’s a brighter setting than Morrowind.

You’ll be able to head to Alinor, Summerset’s capital city and home to the high elf queen Alwinarwe. Another area of note are Cloudrest – the mountaintop home of the Welkynar Gryphon Knights. Or you could head to the Crystal Tower – a mysterious building which serves the dual purpose of a place of research and for honouring the dead. 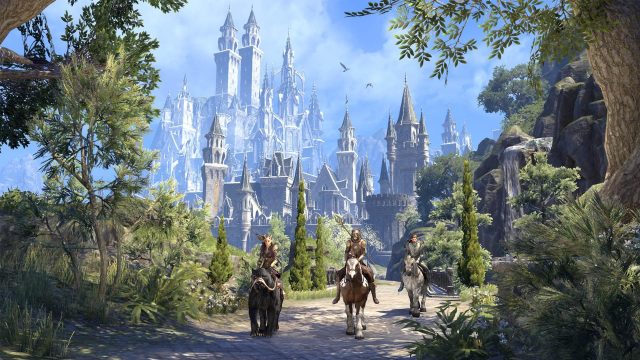 In terms of the expansion’s plot, you’ll be able to join the secretive Psijic Order and gain new abilities. For example, the power to stop time. There are rumours of Daedric followers organising. It’s up to you to uncover a conspiracy that threatens Tamriel. Check out the dramatic cinematic trailer below. 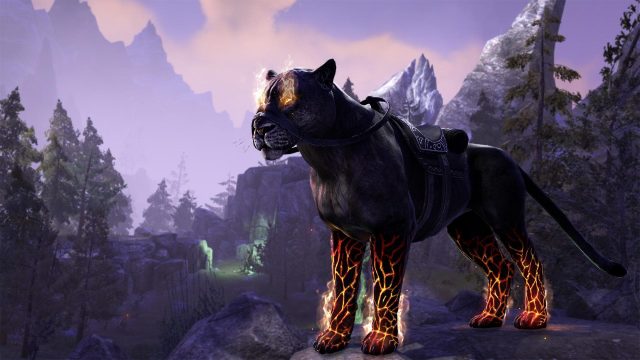 Here’s the Nightmare Senche Mount, which is available as a bonus for pre-purchasing Elder Scrolls Online: Summerset.

There are also some other pre-purchase bonuses, such as the Court of Bedlam Costume. 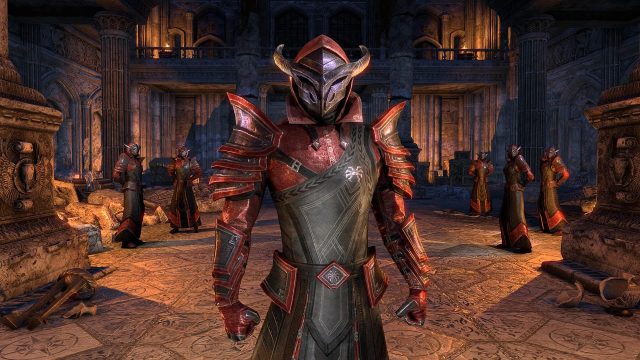 Here’s the creepy – and cool looking – Court of Bedlam Costume. Is this costume connected to the sinister Daedric followers?

You can also get a Pocket Salamander Pet as a pre-purchase bonus. It’s a nice looking creature. 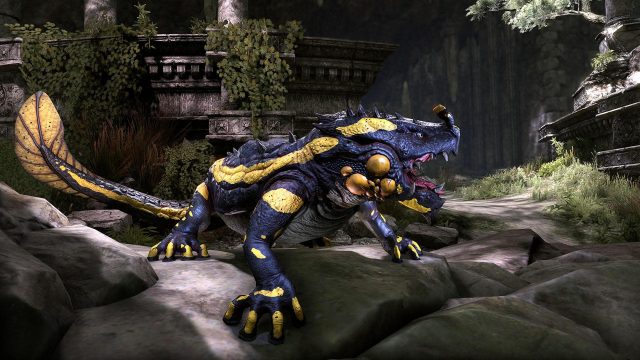 Elder Scrolls Online is available for PC, PlayStation 4 and Xbox One. If you haven’t already tried it yet, you may want to give it a go between March 21 – 27. The base game is available free during that period.

What’s your impression of the Elder Scrolls Online: Summerset expansion? Was it an area that you were wanting to visit? Please comment below and let us know.