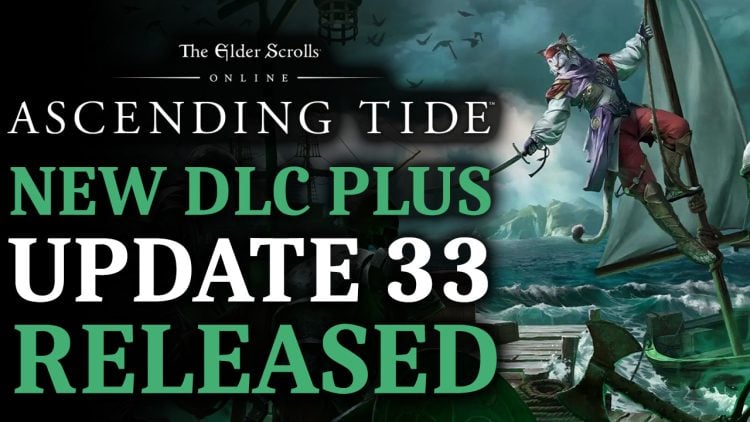 Elder Scrolls Online players will now be able to experience the latest DLC, the Ascending Tide. Along with this new DLC comes Update 33 which brings some new Quality of Life features.

Starting today, Elder Scrolls Online players will now be able to dive into the latest DLC. Titled Ascending Tide, this will be the first of the year-long adventure DLCs of the Legacy of the Bretons content. Players will have access to two new dungeons, specifically The Coral Aerie and the Shipwright’s Regret. Both of these dungeons have the usual Normal and Veteran difficulties as well Hard Mode challenges. 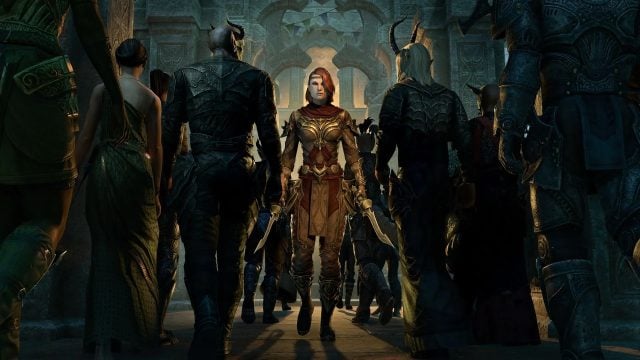 This new DLC will cost players 1,500 Crowns (about $14.99) or will be available to all current members of ESO Plus.

The Coral Aerie is the secret seaside hideout of the Ascendant Order. These old elven ruins are close enough to the sea, but also open and have high enough towers for gryphons to roost at. This makes the location ideal for the Ascendant Order to be able to easily send off attacks from. 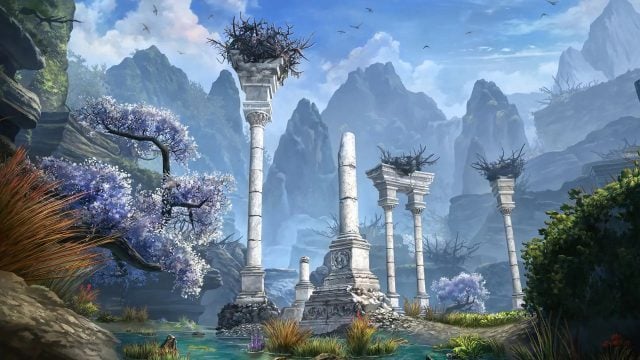 Enemies inside this dungeon will be comprised of deep-sea monstrosities starting out. Eventually, players will then face off against agents of the Ascendant Order. These fights will also include gryphons, among other pets of the Order.

As a reward for conquering the Aerie’s challenges, players will be able to obtain some cool titles and collectables. Some of the boons you’ll reap are the “Gryphon Handler” title, as well as the Guardian’s Frozen Shard memento. 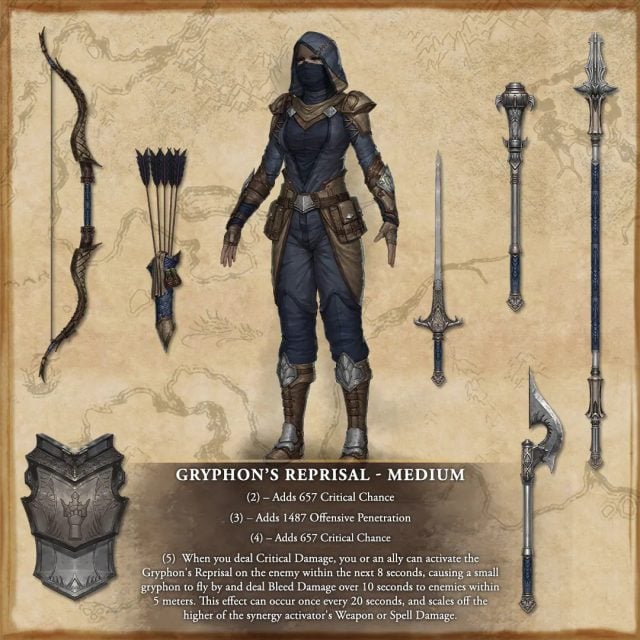 For more tangible rewards, players will be able to collect three new item sets as well as a monster mask. Previewed was the Gryphon’s Reprisal Medium armor set. When at least 5 items from this set are equipped, players and their allies can call on the aid of a tiny Gryphon to aid them in battle. Pretty nifty, and thematic for the dungeon.

The second dungeon being introduced with the DLC is the Shipwright’s Regret. This ancient, abandoned shipyard was one of the largest bases of the All Flags Navy, one of Tamriel’s most iconic navies. However, it has long been abandoned and is now infested with ghosts of the past. In this adventure, players will assist a Khajiit captain Za’ji in finding schematics for him to build the perfect ship. The shipyard is filled to the brim with all kinds of spirits, zombies and ghosts, all preventing you from moving freely. 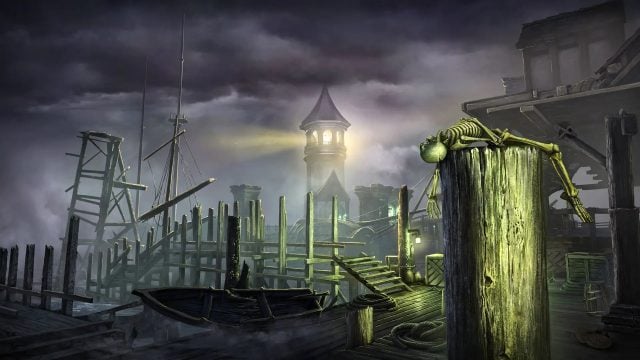 One unique feature of this dungeon is that it is explicitly made to look as scary as possible. In fact, to add to the horror there will be some unique areas inside the dungeons that will be filled with mist and ominous green lights dancing around. 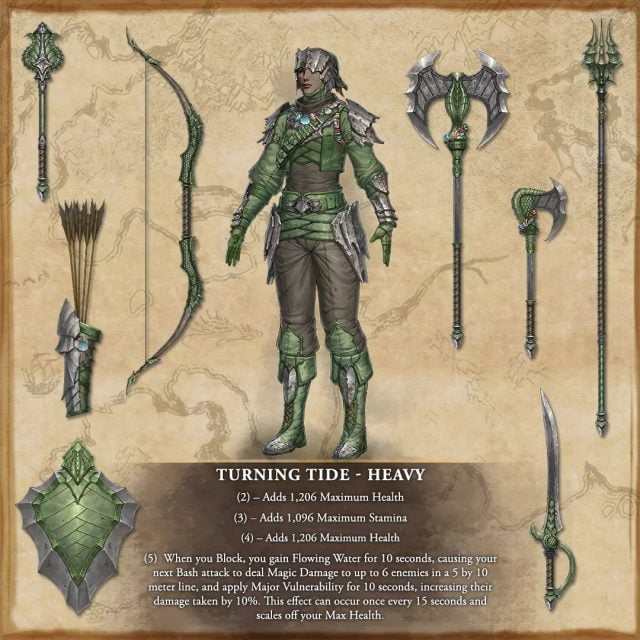 If players are able to brave the challenges of the Shipwright’s Regret, they will be rewarded with a generous amount of loot. This dungeon will introduce four new item sets, one for each armor class as well as one monster set. Previewed was the Turning Tide Heavy Armour set. This allows players’ Bash attacks to deal AoE Magic Damage and the Major Vulnerability Debuff to their enemies.

As mentioned earlier, we will be getting a free update that introduces a heavily requested Quality of Life Feature. There are also changes when it comes to combat, as skills will scale with your highest offensive stats such as Weapon Damage and Max Stamina, allowing further flexibility to builds. The exceptions are Backlash, and its morph’s final damage, Conjured War plus morphs, and finally Annulment plus morphs. 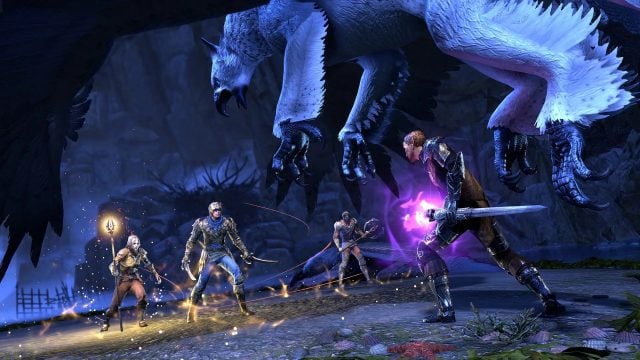 Fight Against a Gryphon

On the technical side of things, this new feature will allow the dev team to have less database overhead. This is because they will be storing much less data per account. Another side effect of this is that the Undaunted Skill Line will also have changes to how it gains experience. Instead, Undaunted reputation increases as players explore four-player dungeons as well as complete Undaunted daily quests.

Those who couldn’t get enough of the Whitestrake’s Mayhem PVP event last February will be quite happy with this new update. Rewards of the Worthy item coffers will now be able to drop some new PVP-specific item sets. These are Rallying Cry (Light), Hew and Sunder (Medium) and Enervating Aura (Heavy). 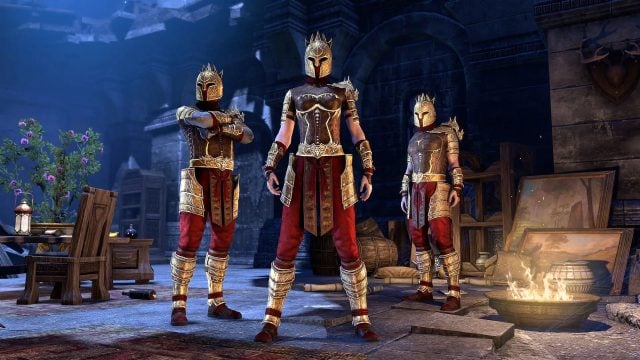 Next, PVP players will have access to a new crafting style, specifically the Dragonguard Berserker Armor. Players can start collecting this motif by reading Rank 20 for the Alliance or PVP modes. They can then trade any Tel Var Stones in the Imperial City Sewers. 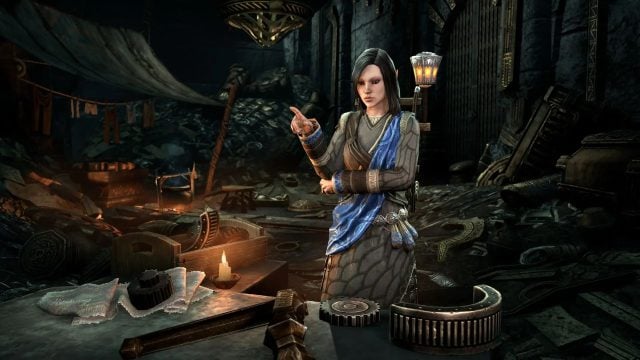 Teased quite some time ago and also appeared in a previous PTS version of ESO was the Multi-Rider Mount, but they weren’t added to the live game. Players will be able to travel across Tamriel with a fellow adventurer when Update 33 launches for all platforms, so most likely with the consoles’ launch on March 29th. So whether you’re offering a quick taxi to another player to an undiscovered Wayshrine, or picking up a guild member to go run some dolmens, you have the option to travel as a duo.

For more information about the game, be sure to check out our Elder Scrolls Online Wiki.