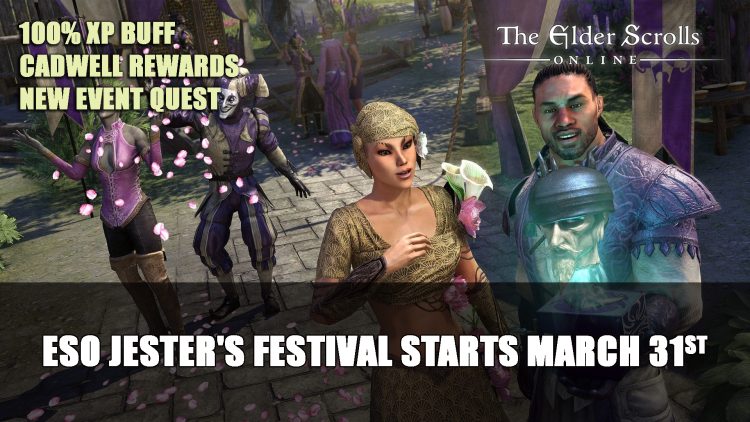 The Jester’s Festival makes its return to The Elder Scrolls Online on March 31st adding new rewards in toe.

It’s time to break out the Festive Dazzlers and throw a Revelry Pie or two because the Jester’s Festival is back once again. Starting March 31st at 10:00AM EDT until April 7 at 10:00AM EDT Elder Scrolls Online players will be able to take part in the merriment in Ebonheart, Vulkhel Guard and Daggerfall. Once there, players can talked to any of the three Jesters who are dressed up as Skald-King, Queen Ayrenn or the High King Emeric. 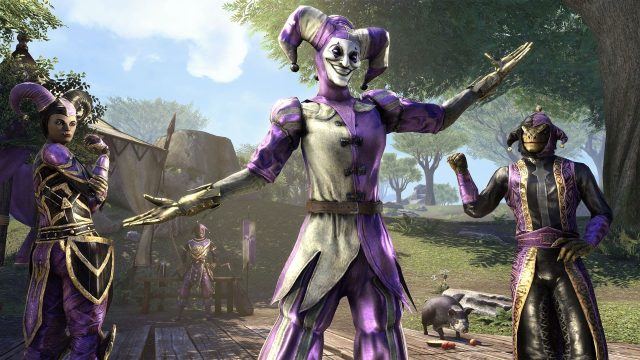 Prepare to witness some performances of the Skald-King, Queen Qyreen and High King Emeric from these three

Be sure to take advantage of the 100% XP boost while completing the absurd Jester’s Festival quests. Taking part in the introductory quest will grant players with a Pie of Misrule memento which will give players a two-hour 100% XP buff to use during the event.

It wouldn’t be an event without some stellar prizes. All who take part will receive a Jester’s Festival Box. These will contain a range of amusing consumables, recipes, valuable items and furnishings. The first daily Jester quest to be completed each day will grant you a Jester’s Festival Stupendous Box instead (regardless of character). A new reward is available which is the Cadwell’s Surprise Box memento and the Second Seed Stye Outift Style Pages.

In addition to the previously mentioned prizes, the Stupendous Jester’s Festival Box has the chance to contain the following goodies:

New Quest – Getting the Band Together

A new quest will be available this year called Getting the Band Together. To gain this quest you will need to locate Samuel Gourone at all festival pavilions. Completing the quest will gain you an additional daily reward box.

As per usual players will be able to also pick up Event Tickets during this Jester’s Festival, with a maximum of 3 tickets per day. This means players can amount to 24 tickets in one event. But make sure to keep track as you can only hold 12 tickets, and any earned over the cap will be lost.

During this event the Impresario event merchant will be offering the following festive wares:

New Crown Store items will be available which includes a new Catwell Pet! This pet is donning a pot helmet just like Sir Cadwell. Other items available in store are the Jester’s Music Box and the Nightmare Stick Horse mount. 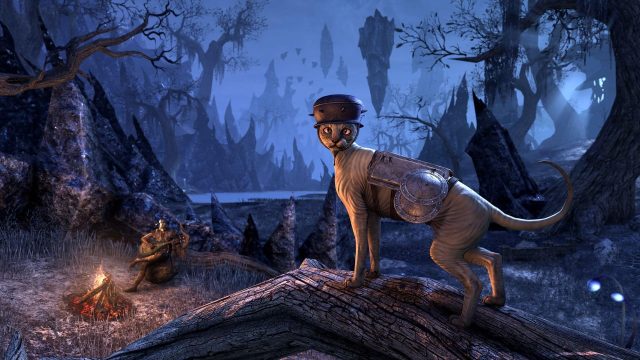 Meet Catwell, just as much of a nuisance as Cadwell and just as fashionable

Don’t forget to drop by our Elder Scrolls Online wiki for more info on classes, Weapons, Armor and more including the latest dungeon DLC addition Ascending Tide and Update 33.