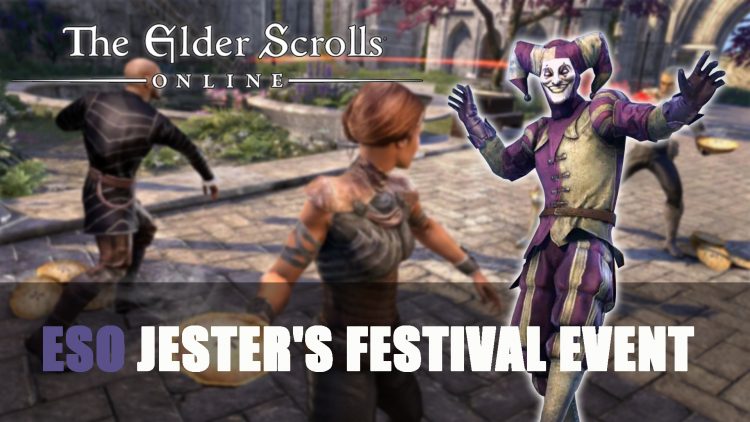 If you’ve been waiting for the final event that will bring you the first ever evolution for your Nascent Indrik mount, then look no further. The Jester’s Festival is now on and here’s everything you need to know about the rewards and frivolous fun to be had!

The Jester’s Festival is available to Elder Scrolls Online players from Thursday 21st March at 10:00AM EDT until Tuesday 2nd April at 10:00 AM EDT. In order to take part you will need to travel to the pavilions which are located in Ebonheart, Vulkhel Guard and Daggerfall. Once you reach the event area you will need to talk to any of the three Jesters who are dressed up as Skald-King, Queen Ayrenn or the High King Emeric.

This will take you on the intro quest called “The Jester’s Festival”, which lets you gain the Pie of Misrule. Players should note if you have completed the quest last year you won’t need to redo it. Using the Pie of Misrule Memento during this special event will give you a 100% XP buff for two hours. The bonus will only be available during the event, but the Memento will still be part of your collection.

Each day through the event, players can part-take in daily quests given by the Jester at three different locations, allowing you to complete three quests per day.

Like with any ESO event there are some rewards to pick up, after completing the Jester’s daily quest you will gain a Jester’s Festival Reward Box. These will contain a range of amusing consumables, recipes, valuable items and furnishings. The first daily Jester quest to be completed each day will grant you a Jester’s Festival Stupendous Box instead (regardless of character)!

So what’s in the Jester’s Festival Stupendous Box? These boxes contain some unique rewards which include:

You will also receive a Jester’s Festival Pie from the Jester Festival Reward Box.

Are you ready for the Jester’s Festival today? Make sure you participate in style! The Stick Mounts, Cadwell’s Kitchen Style, and Pebble Pal Pet are now in the Crown Store. pic.twitter.com/uFQT80ZKpK

While this pie may seem harmless and delicious, it also grants players a projectile which can be thrown at NPCs, guards and even other players. But you should probably note that not everyone likes to be greeted with a pie to the face, city guards may take offence. 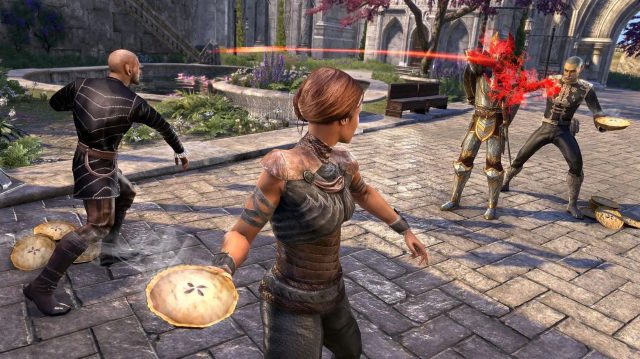 Using these pies during the event will grant you some fun achievements:

Completing these Achievements will also grant rewards which can be kept track in your in-game Journal:

Lord or Lady of Misrule Achievement – title and hat

Taking part of the Jester’s Festival will also grant you Event Tickets which go towards buying feathers to create a Nascent Indrik Mount or berries. This is the fourth event of the first quarter, meaning the last berry can be obtained during this event. For more details about How to Evolve Your Nascent Indrik Mount check out our article.

You can earn up 24 tickets during this event, with a maximum of two event tickets per day. 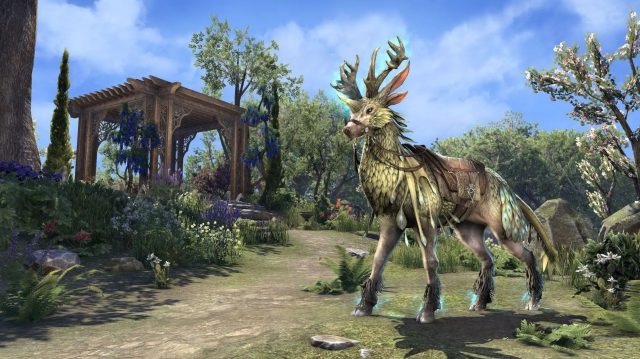