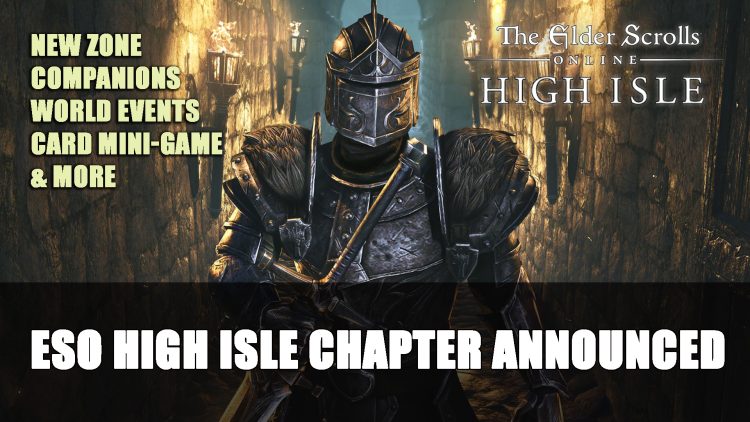 Zenimax revealed during their livestream today the next chapter for the MMORPG Elder Scrolls Online is the High Isle, following the Legacy of the Bretons, the year-long content.

The next adventure for Elder Scrolls Online players will be heading to the High Isle, as Zenimax reveals today the year-long content will focus on the Legacy of the Bretons. Each year, ESO gets a theme of content, and this year as previously teased will follow the Breton race, which will get a deep dive into their story.

The new cinematic previews the trio of characters encountering a Breton, who casts medallions on a table, one with a ship. While it doesn’t give too much away, it does get you hyped for the next chapter.

According to an interview with MMORPG.com and lead ESO writer Bill Slaviscek, the chapter will involve the Three Banners War, and The Ascendant Order. The order is described as group of “rogue knights”, while their identity is not known, they want to stop the Three Banners War. While it all sounds noble, Slaviscek shares “The problem comes from their methods for doing that”.

Legacy of the Breton

With the year content outlined let’s head into what the High Isle will be about plus new features. 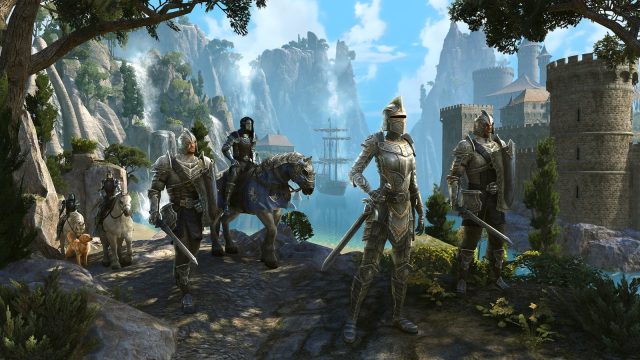 High Isle will explore the trials and tribulations of the Breton, adding new zone, new story, world events and more!

What can you expect for the next chapter? The expansion will hold 30 hours of unique story content about the home of the Breton’s as well concentrating on their noble chivalric society which is on the “brink of war”.

As well as a new zone to explore, High Isle will also introduce new systems such as the Tales of Tribute, an in-game collectible card game. The expansion will introduce two new companions called Ember and Isobel, adding to the two companions previously released with Blackwood, making four total. There are new World Events called Fissures, delves, public dungeons, World Bosses and side quests to explore. 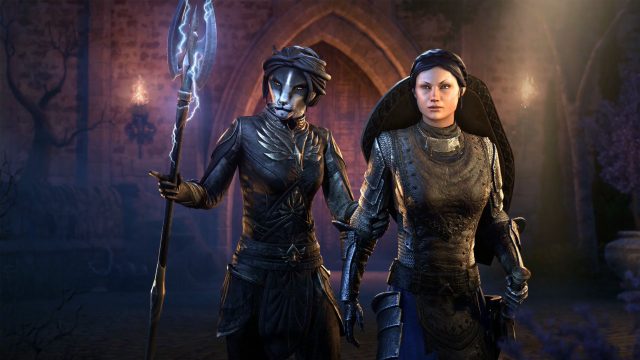 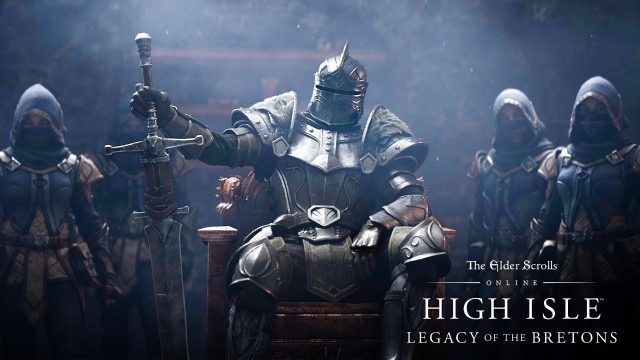 A new foes lies in wait, but what does he want?

A new feature joining ESO is the mini in-game card game called Tales of Tribute. The game is said to be invented on the High Isle, and involves players resource building which can be played against other players and characters in the world. There will be ranked matches as well against players.

It’s interesting that ESO has decided to include a mini-game with collectible cards. Previously we’ve had standalone Elder Scrolls Legends, but it’s great we’re getting something in-game, giving you more to do between questing and other content. It sounds like something you would encounter in the Witcher 3 with GWENT or even MMORPGs such as Final Fantasy XIV with Triple Triad. 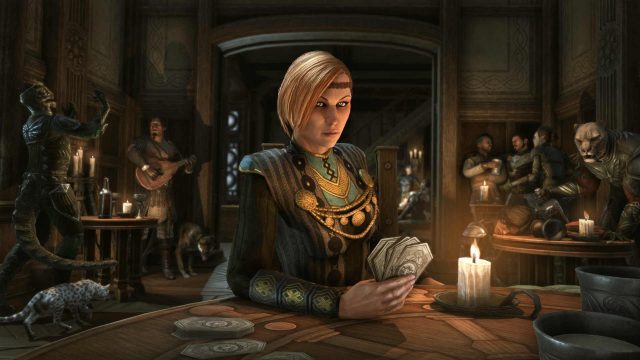 Other Additions Coming with Update 33

A new assistant called Giladil the Ragpicker was announced to be coming with Update 33 who will allow you to deconstruct your gear. Previously it was only possible to visit one of the crafting tables to decon your gear, but with the assistant, you can conveniently whip them out just as you would the banker or merchant. As per usual this will be a Crown Store item. If you want to try this out, the PTS will be going up on Monday.

Previously multi-player mounts were being tested to join the game, however they were not released due to needing further testing. The devs announced during the stream they will be coming and an additional mount has been worked on, meaning you and a friend, or you and a companion can mount up together.

This will be extra useful for adventuring with a friend or even showing the ropes of where things are in ESO.

Purchasing the chapter early will gain you a number of goodies including a new Palefrost mount and pet which you will have immediate access to in the game. If you want any of these rewards be sure to purchase before April 4th: 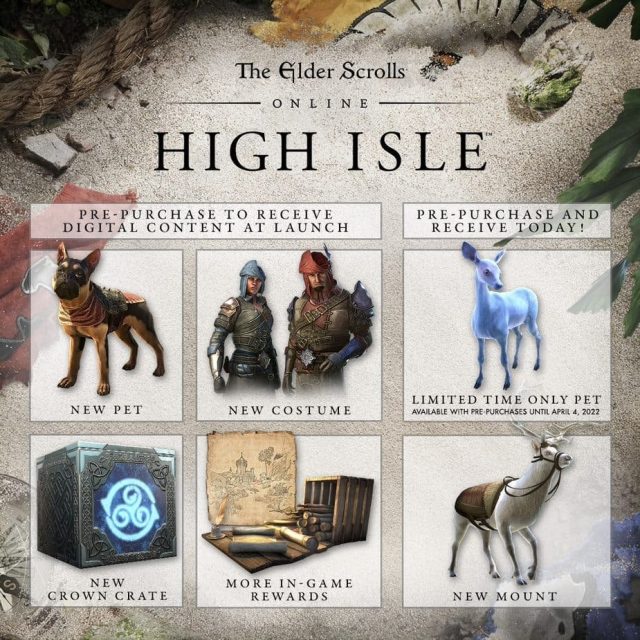 Pre-order bonuses for High Isle are available until April 4th.

The High Isle Colletor’s Editions include some more bonuses and won’t be available until the expansion launches: 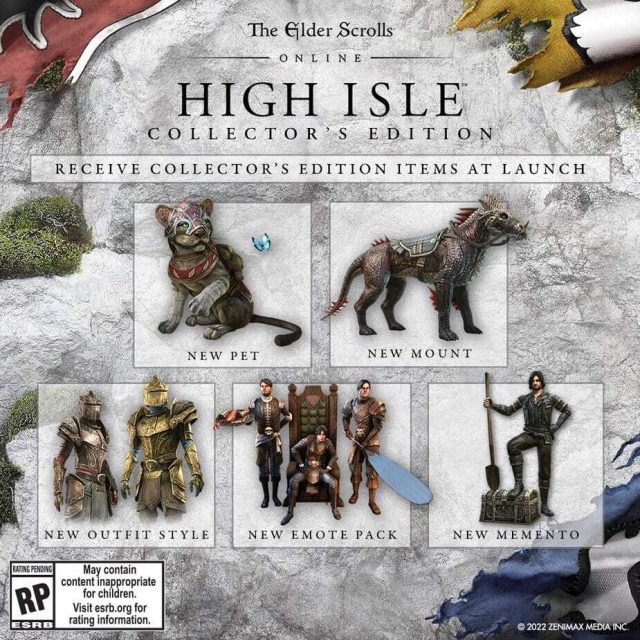