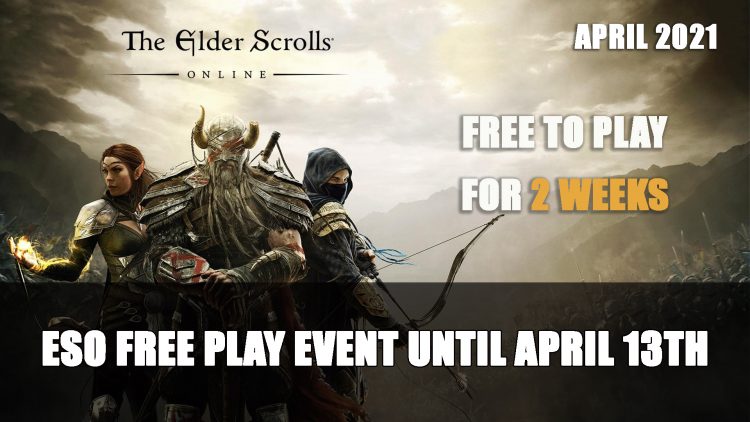 Zenimax announced during their livestream today that The Elder Scrolls Online will be free to play for 2 weeks this April.

Starting from today (no joke) everyone can check out The Elder Scrolls Online for free from March 31st until Tuesday, April 13 at 10AM EDT on all platforms. Those who want to check out the game on Playstation and Xbox consoles will need either Playstation Plus or Xbox Live Gold respectively, in order to play. Stadia players will require Stadia Pro. You can download the base game for free, and experience what the MMORPG has to offer.

Those who take part in the free play event will have access to The Elder Scrolls Online base game as Morrowind chapter. But that’s not all, the recently launch Blackwood prologue quest is also playable for free, this introduces the upcoming expansion which launches this June.

If that wasn’t enough to do in your two-week trial, there is also the Anniversary Jubilee in-game event, where you can earn double XP, gain bonus rewards and celebrate ESO’s seventh anniversary.

You can even pick up where you left off if you have taken part in previous ESO free play events. If you decided to buy ESO, you can continue your adventure with your progress from the free play event.

Elder Scrolls Online free play event has kicked off, you can check out the game on PS4, PS5, Xbox One, Xbox Series X, PC via Steam or ESO Store.