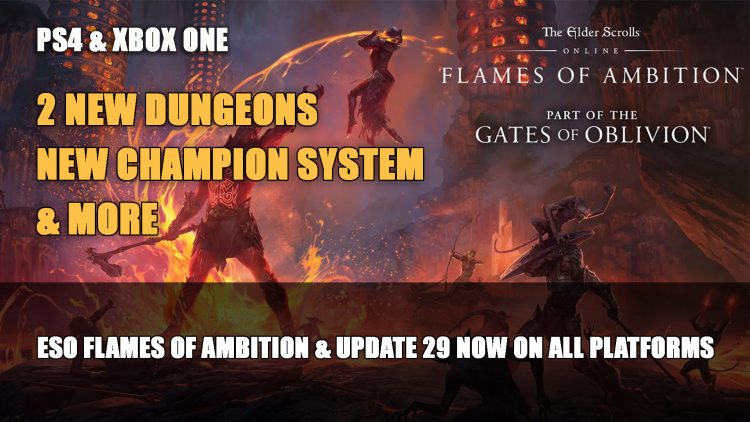 The Elder Scrolls Online latest DLC Flames of Ambition is now live on consoles along with Update 29, adding the new Champion System and two new dungeons.

Elder Scrolls Online: Flames of Ambition is Now Out on Consoles

The latest patch Update 29 and newest dungeon DLC Flames of Ambition have now been released for consoles. Two new dungeons The Cauldron and Black Drake Villa are now available on all platforms, most recently joining Playstation 4 and Xbox One.

Flames of Ambition sets of the year of content following the theme of the Gates of Oblivion, which will lead into the next expansion releasing in June, Blackwood. The two dungeons provide some challenging new mechanics including geysers that will shoot players back onto the platform for Black Drake Villa, and drawing lines of black ooze to cause explosions in The Cauldron. 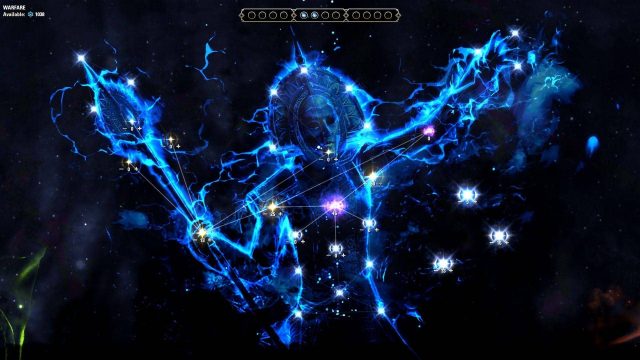 The release of the paid dungeon DLC also coincides with the free Update 29 which comes with some major changes for ESO. This includes a new Champion System, although has some similarity to the old system adds a new Champion Bar where you will need to actively slot slottable Stars, 4 for each category: Warfare, Craft and Fitness. The new champion point maximum has now also increased from 810 to 3600.

You can find the features for both the DLC and update below:

The next expansion for ESO will be Blackwood which will be based on Oblivion (releasing June 1st PC & Stadia, June 8th for Xbox One and PS4), adding a new region to explore, new companions feature, and more. Learn about the next chapter here in Elder Scrolls Online: Blackwood.

Don’t forget to claim your free pet which is available in the Crown Store currently, and take advantage of the Heroes Reforged mini-event which lets you respec skills and Champion Points so you can test out your builds for free at the  Rededication Shrines.

Elder Scrolls Online: Flames of Ambition is now available on all platforms PC, Stadia, PS4 and Xbox One. You can pick up the DLC from the Crown Store or access it with ESO plus. Want to more about Update 29 and the new DLC? Head to our Elder Scrolls Online wiki for all the latest.

For more news be sure to check out next Final Fantasy 7 Remake Devs Will Concentrate On Part 2 After The Release Of Episode Yuffie and Disco Elysium The Final Cut Releases March 30th.