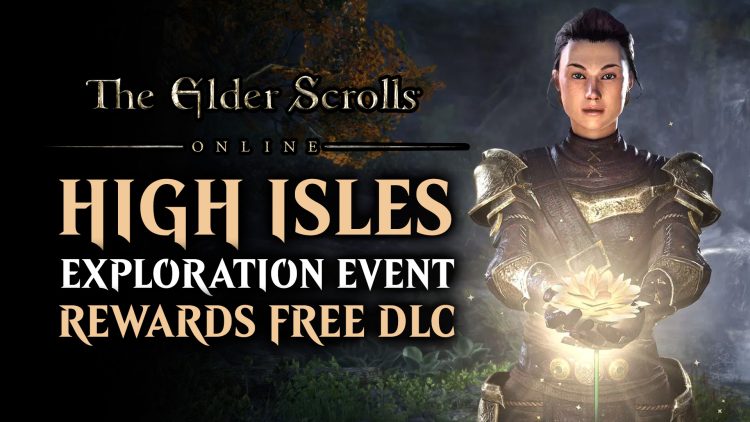 Elder Scrolls Online celebrates exploration as it encourages travelers to discover its beauty. For their efforts, players will be rewarded with the upcoming Firesong DLC for free.

The Elder Scrolls Online celebrated its upcoming Firesong DLC quite early this year. Aside from a prologue episode for the upcoming addon, Zenimax Online is also running a new event. They’re calling upon the Heroes of High Isle to explore every nook and cranny of the isles in order to unlock community rewards for all!

Return of the Pathfinders in Elder Scrolls Online

The new Exploration Event is starting now through October 11 at 10:00 AM EDT. Here, players must unlock the High Isles Pathfinder Achievement by exploring the six major landmarks in the Systres isles. While the developers are quite vague on what or where these landmarks are exactly, they do hint that the Achievement list contains some useful pointers. 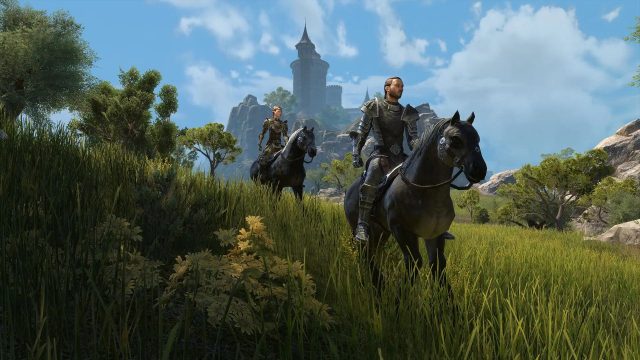 Time to Go Out and Explore the High Isles

Each and every player who unlocks the High Isles Pathfinder Achievement will contribute to rewards for the entire community. That is if they already own the High Isles Chapter. The reward track consists of three major breakpoints: the first at 33% completion, the second at 66%, and the grand prize at 100%.

The first reward unlock will be the Oak’s Promise Markings, perfect for players who wish to express their inner druid. Our next reward is the “Plant Yourself” emote that lets players kick back and relax on a chair created from the very vines of Mother Nature. The last, and most exciting reward is the Firesong DLC itself, a Hoard Box, and an exclusive pet. 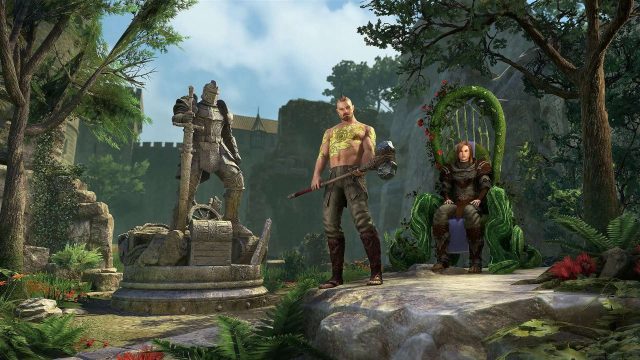 That’s right, as long as the Elder Scrolls Online community bands together to complete all of the Pathfinder Milestones, they will receive the Firesong DLC completely free. As of writing, the community has been able to fill up the reward gauge by 15%. This is pretty impressive considering it has only been a day since the event started. 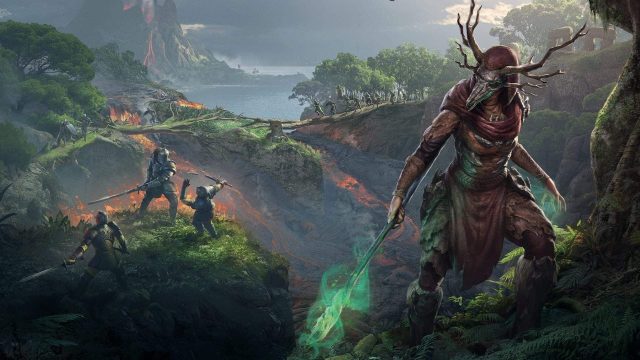 The Hoard Box contains a multitude of rewards. Some of the standout items are Undaunted Keys, Tel Var Stones, high-level Companion gear (including legendary jewelry), and other item sets. The exclusive Appleback Salamander Pet will only be available to ESO Plus members, however. 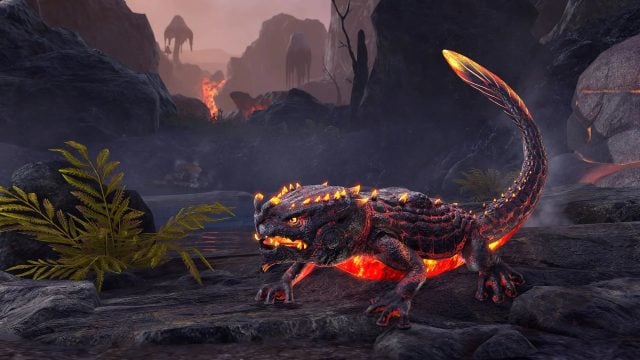 But wait, there’s more! As Elder Scrolls Online players perform daily quests on High Isle, they will be rewarded with Society of the Steadfast’s Largesse Coffers or Munificence Coffers. These containers will reward folks with crafting materials, treasures, furnishings, and more. The Munificence Coffers can even be looted from World Bosses, Volcanic Events, Monsters, Chests, and Pickpocketing.

The infamous Event Tickets make their return to Elder Scrolls Online, yet again! These handy tokens can be collected and used during the High Isles exploration event. Up to 26 tickets can be obtained during this period, but players can only carry a maximum of 12. Better spend them before you reach the cap! 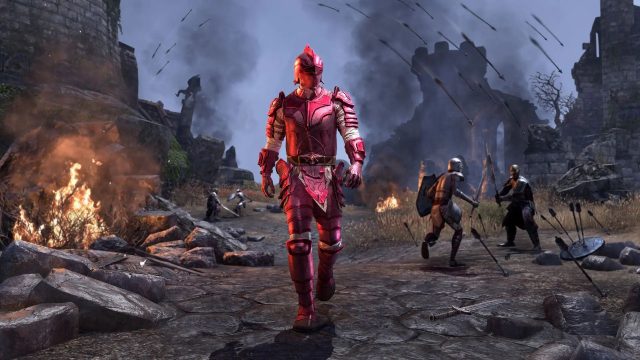 As always, the Impresario Event NPC will exchange those Tickets for illustrious rewards. All of the various fragments for the Soulfire Dragon Illusion pet and Daggerfall Paladin Outfit will be available at the merchant. An Indrik vendor will also be joining the Impresario, allowing players to collect the pieces to obtain the mount.

The Elder Scrolls Online: Firesong DLC at a Glance

ESO’s newest DLC will be arriving on November 1 for PC, MAC, and Stadia (though this platform is ending its lifecycle on January 2023). Console fans will get the expansion on November 15. Just like the previous DLC, Lost Depths, Firesong will continue the year-long adventure of the Bretons. 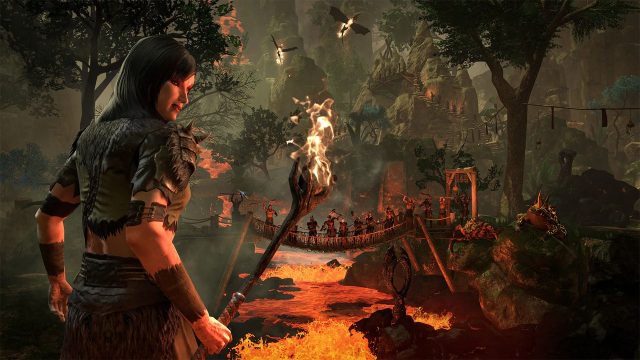 A lot to see and Fight in Galen

The highlight of this DLC will be the new explorable area, Galen. Druids have long claimed this land and as such many variations of flora and fauna have made their homes here. It is here that the Firesong Circle Druids have started making a mess. Thus it is up to the player to clean this up yet again. 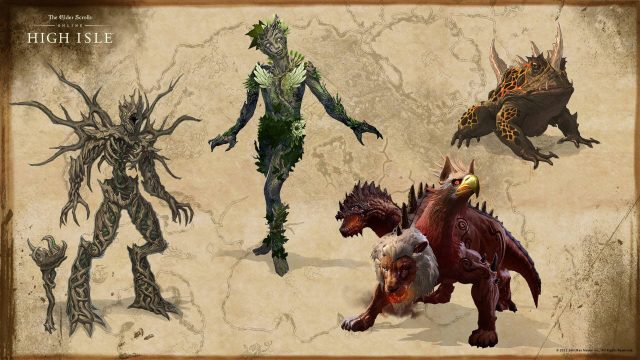 The Fauna of Galen

Another big addition is the introduction of a 9th Tales of Tribute Patron: the Druid King. Cards that fall under this Patron are extremely combo-reliant. As such, Tales of Tribute players who choose the Druid King will need to be more careful in the order that they play cards. New cards under the Druid King’s influence will be gradually unlocked as players roam throughout Galen.

Singing a Song of Fire and Ice

The Firesong DLC as well as Update 36 is currently available on the Elder Scrolls Online PTS. Players who want to experience the changes early simply need to enable the PTS build on their launcher and toggle to that.

To get more info on the game, be sure to check out the Elder Scrolls Online Wiki. Be sure to check back here for the latest and greatest news and updates regarding the game.