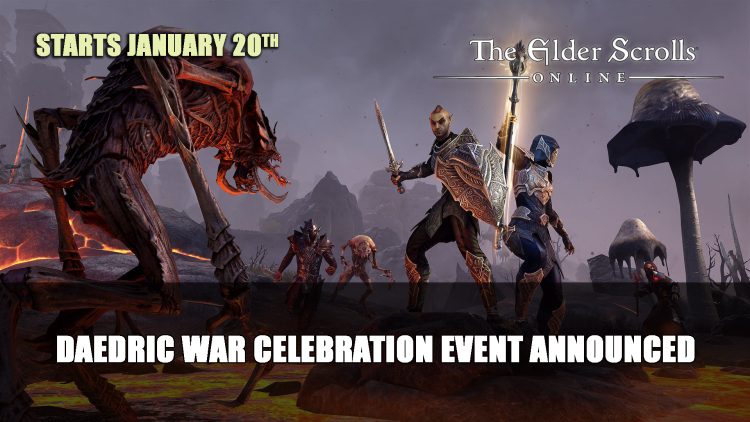 Zenimax have announced the next in-game event for the MMORPG Elder Scrolls Online will be The Daedric War, celebrating Vvardenfell, Clockwork City and Summerset.

The Daedric War Celebration for the Elder Scrolls Online will start on Thursday January 20th at 10 AM EST and will finish on Tuesday February 1st at 10 AM EST. Players will need to have access to/own Morrowind, Clockwork City and Summerset DLCs which are all available through ESO Plus.

Want to know if ESO plus is right for you? Check out our ESO DLC Review.

What is the Daedric War Celebration Event?

In-game events for ESO offer players a chance to gain some extra rewards and The Daedric War Celebration is no different. This time concentrating on the regions of Vvardenfell, Clockwork City and Summerset. You will need to explore, complete quests and adventure through these regions for a chance to gain Daedric War Spoils.

Completing above activities will grant players a Daedric War Spoils reward box which will contain the following items: 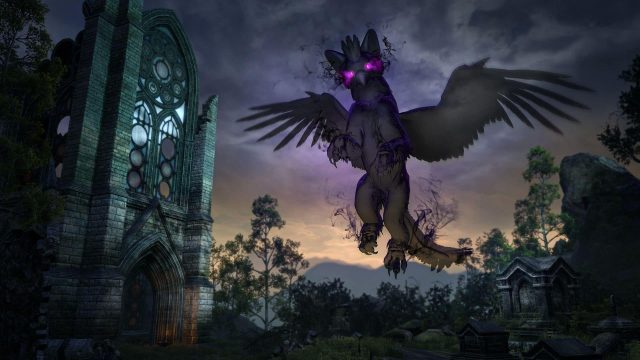 Completing the first daily quest in either Vvardenfell, Clockwork City or Summerset, or the weekly Asylum Sanctorum or Cloudrest quest will grant players a Glorious Daedric War Spoils reward box instead. These contain a greater chance to include rarer event rewards such as unique styles or pets.

Completing the activities in these zones will also grant bonus rewards:

This in-game event will also give event tickets which can be used at the Impresario vendor in exchange for a number of items. Players can earn up to two Event Tickets per day from completing one Vvardenfell quest or Clockwork City daily quest. You can also get one ticket from completing your first Summerset daily quest. A total of 26 tickets can be earnt during the event.

How to Unlock Dailies

Players must first unlock the Morrowind’s Ashlander dailies by completing the Ancestral Ties questline in Ald’ruhn. Also you will need to complete Clockwork City’s zone story quest Lost in the Gloam to unlock The Blackfeather Court dailies and the zone’s two delve quests The Halls of Regulation and The Shadow Cleft. 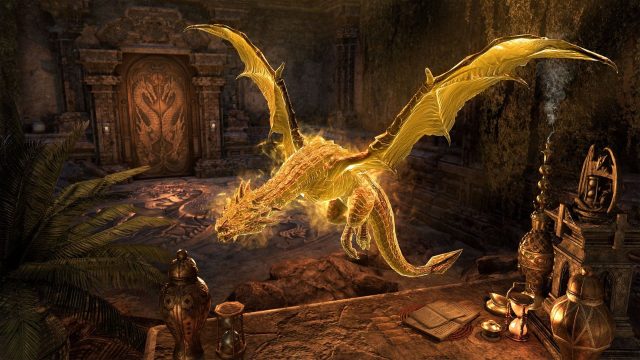 This event will be the first time you will be able to collect part of the brand-new morphing collectable the Soulfire Dragon Illusion, and the first fragments for the year’s first morphable event reward, the Scales of Akatosh skin. More details will be revealed later on how to gain this skin. 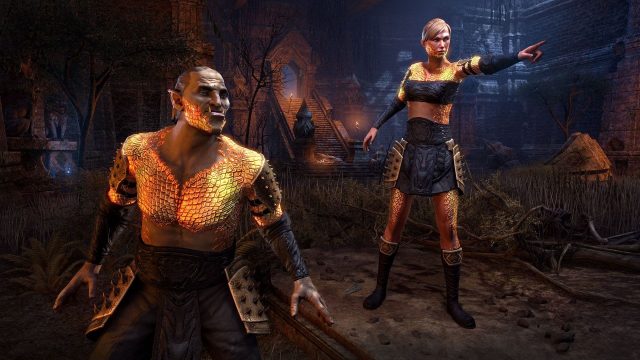 The Scales of Akatosh Skin