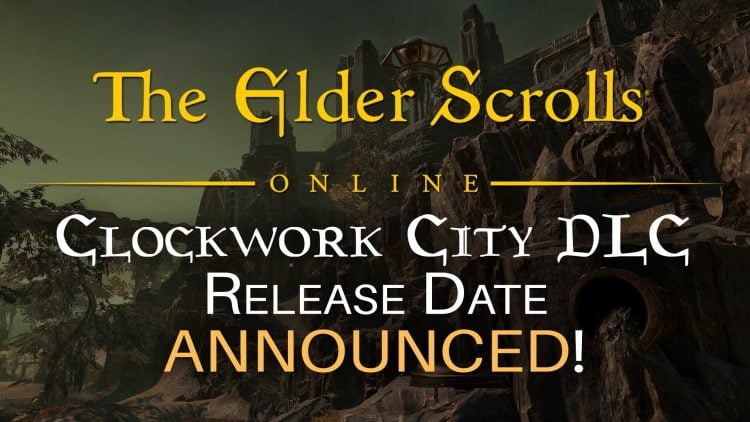 Just recently, the highly anticipated Clockwork City DLC for the MMORPG, The Elder Scrolls Online  has had its release date announced by Zenimax Online Studios.

The Elder Scrolls Online – Release Is Nigh!

The Clockwork City DLC will release on October 23rd for PC and Mac. While the PlayStation 4 and Xbox One consoles will receive the add-on a little later on November 7th. It will be free for ESO Plus members and can be purchased for 2,000 Crowns from the in-game Crown Store.

Also on the Crown Store, is a Clockwork City Collector’s Bundle  for 4,000 Crowns which includes:

Furthermore, there is a prologue quest to Clockwork City that is now live in The Elder Scrolls Online. Upon completion, players will be given a “Clockwork Obscuros” memento, permanently added to their Collections UI as a reward, and can continue with the story as soon as the DLC releases. 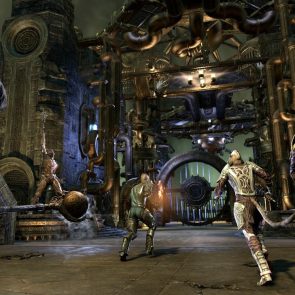 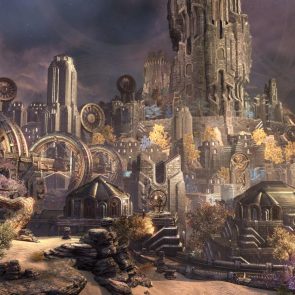 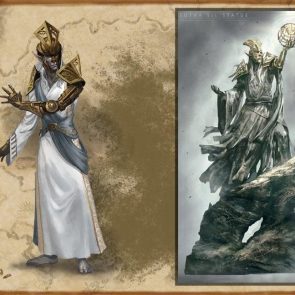 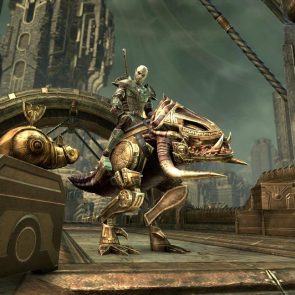 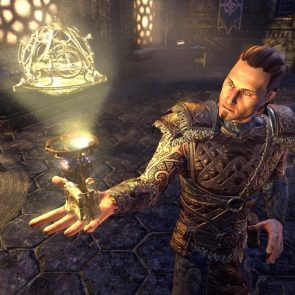 You can check out the prologue description down below.


Prominent diviners, scholars, and planar archaeologists are being killed by their own shadows, and it’s up to you to investigate these deadly assaults.

To get started, travel to any local Mages Guild headquarters in Tamriel and find the note on a nearby table titled “Order of the Eye Dispatch”. Read the note to receive the quest “Of Knives and Long Shadows” and begin your new adventure.

The upcoming Clockwork City is filled with exciting new features players can look forward to. Such as the much-touted Transmutation feature, as well as interesting characters to meet like Divayth Fyr and Proctor Luciana, and much more!

You can check out a preview for the Clockwork City add-on and Update 16 here.

The Elder Scrolls Online  is currently available on PlayStation 4, Xbox One and on PC for Windows and Mac. While the Xbox One X console will receive support for the game as soon as Update 16 releases.

If you’ve been meaning to get the game, now is a good time! The Humble store is offering The Elder Scrolls Online: Tamriel Unlimited  as well as TES: Legends,  Quake Champions  and much more for just $12!