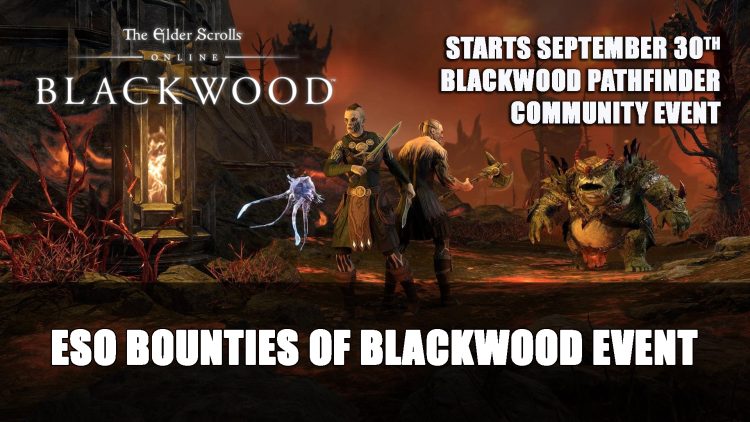 Zenimax has announced the details for the next The Elder Scrolls Online in-game event the Bounties of Blackwood starts this September 30th.

The Bounties of Blackwood in-game event will start September 30th at 10:00AM EDT, and will run until October 12th at 10:00 AM EDT. During the event you and other Elder Scrolls Online players can work together to unlock rewards, resulting in earning the Blackwood Pathfinder achievement.

Like in the past events, the pathfinder achievement involves visiting six unique locales in the Blackwood zone and everyday a Bounties of Blackwood meter will show the progress of the community. Once it reaches 100% or the event ends, unlocked rewards will be released to the Crown Store (in a single bundle) for ALL Blackwood owners to claim. Taking part of course will help get the rewards quicker which include:

Players can also earn bonus awards during the event while adventuring in the Blackwood zone. Simply pick up the Bounties of Blackwood intro quest from the in-game Crown Store or from the Impresario tent.

During the event period, the first time you complete a daily quest in Blackwood (or the Rockgrove Trial weekly quest instead) you receive a Glorious Blackwood Legates’ Coffer. This new reward box has a chance to contain some of the following items:

In addition to the above, all Blackwood daily quests and the weekly Rockgrove Trial quest have their regular reward boxes doubled, harvest note yields are increased, and World, Public Dungeon, Trial, and Delve bosses drop additional rewards. That’s a ton of great reasons to quest, explore, and battle in Blackwood!

This will also be another chance to earn some event tickets. You can earn two Event Tickets per day for the first time you complete a Blackwood daily, with up 26 tickets over the entire event. Event Ticket timer will reset at 2:00 AM EDT each morning, and make sure to not earn new Event Tickets over the 12-limit cap as you’ll lose them. This will be the first and only opportunity to acquire all the fragments needed to upgrade your Unstable Morpholith into the new Dagonic Quasigriff mount.

Here’s what the Impresario event merchant will have in stock during the event: 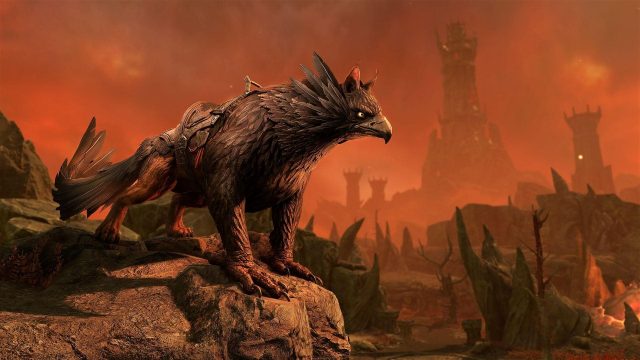 The Bounties of Blackwood in-game event begins this Thursday, September 30 at 10:00AM EDT, and runs until Tuesday, October 12 at 10:00AM EDT. Be sure to drop by our Elder Scrolls Online wiki for all the latest.