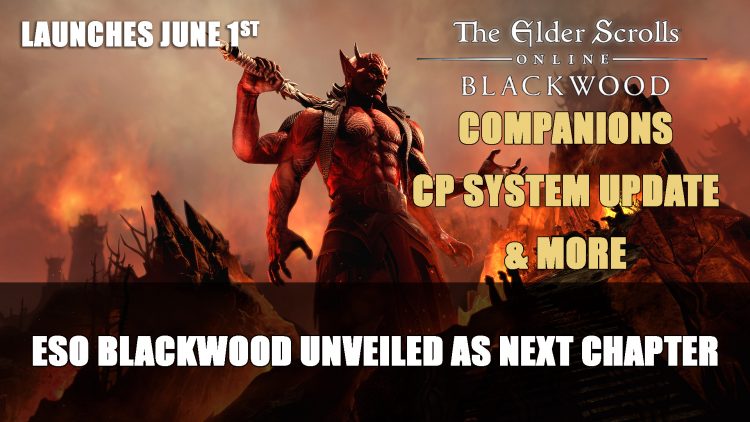 Zenimax announces the next chapter for the MMORPG The Elder Scrolls Online revealing Blackwood, plus next DLC Flames of Ambition plus more.

During the global announcement, live stream Zenimax Online Studios announced the next big chapter for the Elder Scrolls Online, Blackwood which will be releasing on June 1st for PC and on Playstation and Xbox on June 8th. This year will follow the Gates of Oblivion, in a year long adventure. This isn’t the only content that’s been announced as a new dungeon DLC called Flames of Ambition will be releasing on March 8th for PC, Mac, and Stadia, as well as consoles on March 16th. 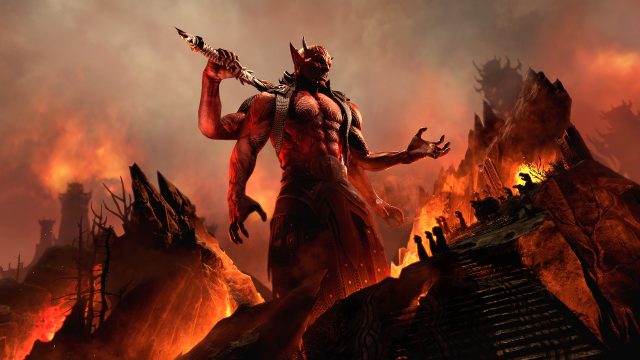 This year’s chapter gets a major story, following the schemes of the Daedric Prince Mehrunes Dagon. This takes place 800 years before the events of The Elder Scrolls IV: Oblivion. Blackwood promises 30 hours of new main storyline, an abundance of side quests, new quality of life features, and a major new feature Companions. This expansion introduces Companions who will go on adventures with you. 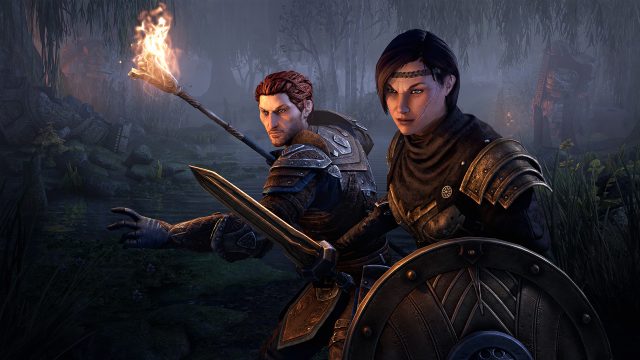 This will be an interesting feature as this means questing doesn’t have to be done alone, as you’ll have a sort of side-kick. Each character comes with skills you can level up, customizable gear and combat abilities. What’s interesting to note is they also have behaviors. Whether this will be Dragon’s Dogma style, or if they are given more simpler AI tasks similar to the merchant assistants will be interesting to find out.

This chapter will take players to the Imperial City of Leyawiin, which was first featured in The Elder Scrolls IV: Oblivion. But it will be in the mysterious region of Blackwood where players will unravel the Daedric plot. In addition to a new questline, there will be a new Rockgrove Trial, Oblivion Portal World Events, unique Chapter-specific rewards and more.

To kick of the year of Gates of Oblivion, a DLC dungeon pack will be releasing on March 8th called Flames of Ambition for PC, Mac and Stadia. Consoles will be getting the DLC on March 16th. This comes with new dungeons The Cauldron and Black Drake Villa, which will unveil the threat of Mehrunes Dagon, and invites players into the Blackwood chapter which releases in June.

To end the year long story, a DLC will be released in Q3, setting players into the Deadlands, Mehrunes Dagon’s personal realm of Oblivion. More details will be revealed in future for this DLC.

If you’re interested to find out more, be sure to check out our Elder Scrolls Online: Blackwood preview article to learn more about what’s coming to the game this year. 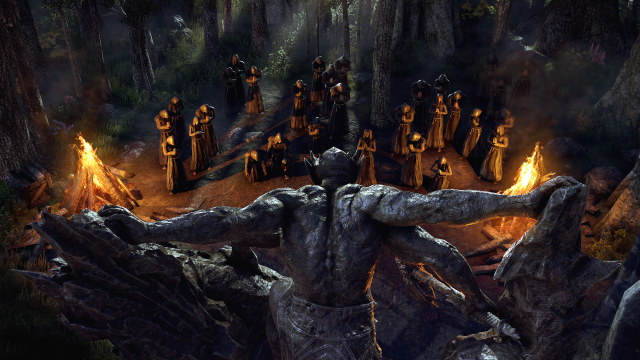 The Champion System is finally getting a revamp, with the new level cap now being raised to 3600 CP. The system also is changing with having a twelve passive system, with 3 sub-constellations under each constellation. You can freely swap in and out these passives, as long as you’re not in combat, you have the freedom to interchange them. You also try out the new system with the PTS which goes live tomorrow.

Gear is also getting some changes, with heavy, medium and light, which will reflect “how it feels to wear” them. Light armor for example will get more magic resistance with the number of pieces you wear. They will also counteract with the different types of armor pieces you wear, for an example a mix of light and heavy. This means players will need to think further about these armor types when building their character. 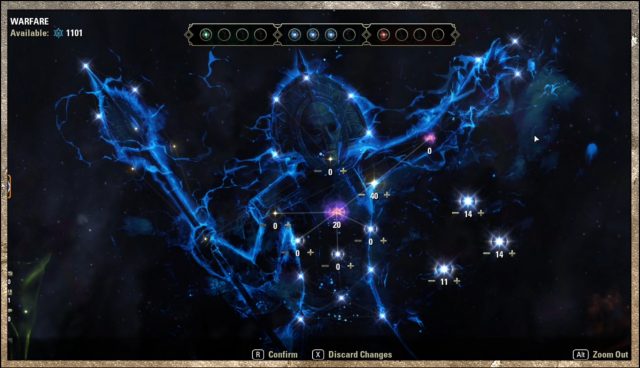 You can pre-purchase The Elder Scrolls Online: Blackwood right now to receive unique pre-purchase rewards at launch AND get immediate access to the game and both the Nagahide Welwa Ravager mount and Nightmare Bear Cub pet.

The Nightmare Bear Cub is a limited-time only pre-purchase reward, only available until March 17th, so if you want to snag this pet be sure to do so before that date.

Other items that will be available as a pre-purchase reward are as follows:

If you pre-purchase Blackwood you get even more! The Nagahide Welwa Ravager Mount, Dremora Kynreeve Outfit, Deadlands Wamasu Pet, and more could all be yours. pic.twitter.com/LL6ijcNMXv

Elders Scrolls Online Blackwood will be releasing on June 1st for PC and on Playstation and Xbox on June 8th. The next DLC Flames of Ambition will release on March 8th for PC, Mac and Stadia, as well as consoles on March 16th.