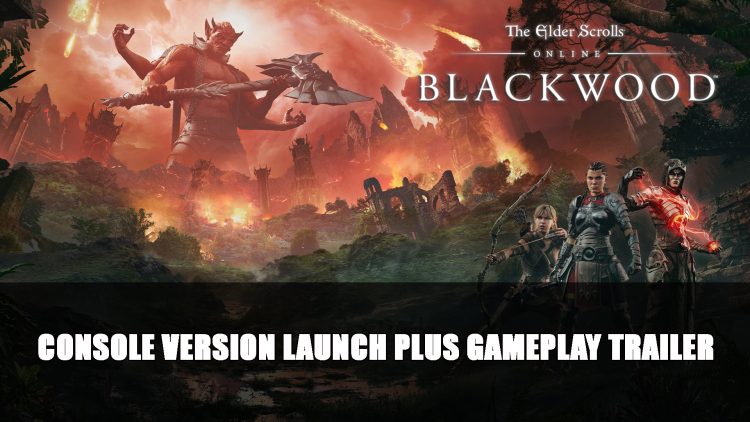 Zenimax Online Studio has release a new gameplay trailer to celebrate the launch of the latest chapter Elder Scrolls Online: Blackwood on consoles.

The Elder Scrolls Online Blackwood launches today on consoles Playstation 4, Xbox One, as well as Playstation 5 and Xbox Series X through backwards compatibility. The latest chapter dives straight into the Gates of Oblivion, which ties together this year’s content.

The latest trailer features what adventures lie ahead in this chapter of Blackwood:

The enhanced version for PS5 and Xbox Series X|S will be launching on June 15th which was previously announced to be delayed from its original launch. But PS5 and Xbox Series players can still access the new expansion through backwards compatibility.