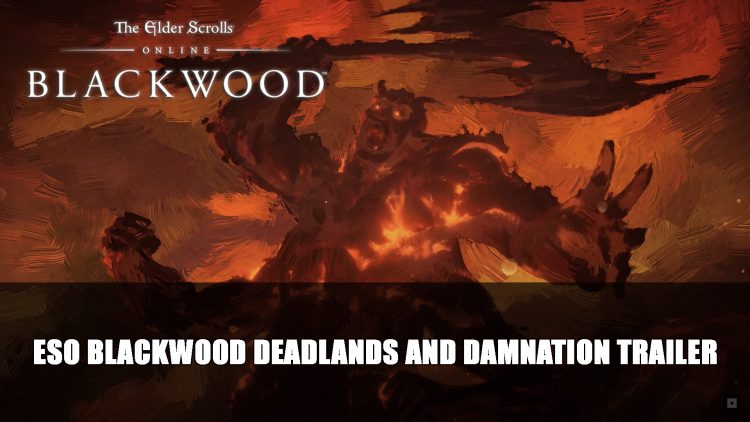 A new trailer has been released for upcoming The Elder Scrolls Online: Blackwood featuring the Deadlands and Damnation.

In this latest trailer, we get a closer look at the storyline featuring Deadlands and Damnation for the upcoming Elder Scrolls Online: Blackwood expansion. The trailer tells the outline for the next chapter concerning the Daedric Prince, Mehrunes Dagon, and the agreement made with The Black Drake, an emperor.

It also foretells the missing four ambitions, scattered across Tamriel, and the next adventure to find them before anyone else does. Gathering them would mean possessing the power of Oblivion, and stopping those who might try to wield this terrible power.

The trailer takes on a different style to the usual chapter trailers, this time told with a cool comic-like animation, which gives a fresh look into the storytelling for Blackwood.

In case you missed it, Zenimax recently released the Companions trailer, which outlines some of the features for the new Companion system coming with Blackwood. If you want to know more about this major feature check out our Elder Scrolls Online Blackwood: Hands-On Companions Preview.

If you want to kick off your Gates of Oblivion adventure but can’t wait for June, be sure to check out the already released Flames of Ambition DLC, which adds two of the latest dungeons Black Drake Villa and The Cauldron.