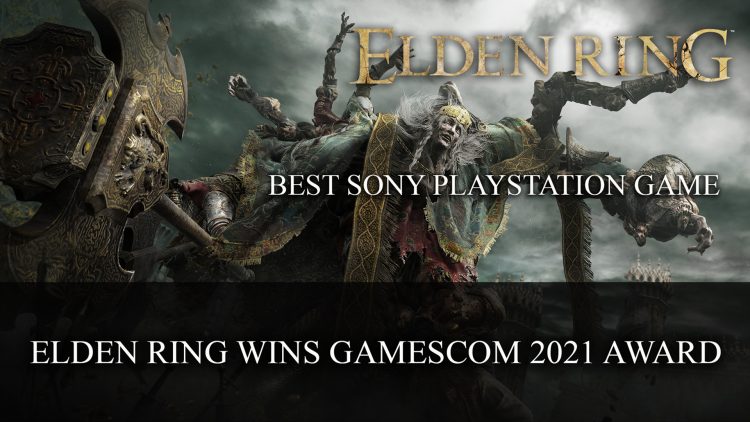 Opening Night Live at Gamescom 2021 kicked off this week with announcing winners of their awards, with Elden Ring being nominated for several categories.

Elden Ring this year was nominated in five categories for Gamescom awards including Best Microsoft Xbox Game, Best PC Game, Best Sony PlayStation Game, Best Action Adventure Game and Best Role Playing Game. The category that the game did win was for Best Sony PlayStation Game, with Yasuhiro Kitao who is the promotion, marketing and production head for FromSoftware accepted the award in a recorded message, thanking fans for their support:

All of us on the development team are thrilled and deeply honored to receive this fantastic award,” Kitao said. “As our latest title, Elden Ring represents a culmination of the knowledge we’ve gained over the last 10 or so years. Everyone here is working to ensure the game provides a fresh experience for all our players. We know those familiar with our games have high expectations of us, but we hope to give new players something to look forward to as well. Thank you so much for all your continued support.

You can check out the video with the announcement of Elden Ring winning the award below:

While Elden Ring did win an award there was no news about Elden Ring or trailer and no dedicated segment to the game. This isn’t the first time Elden Ring has won an award as the game won Most Anticipated Game at The Games Awards 2020 last year. But it wasn’t until Summer Games Fest 2021 that the release date was revealed.

Previously Elden Ring popped up on platform stores for pre-order including Steam, Playstation and Xbox last month. The pages cover games features such as open world, character customisation and online play. It explains how each of these will function in the upcoming FromSoftware Action-RPG. Information about online play which shares players can travel seamlessly through the world of Elden Ring together. You can also add the games to your wishlist.

For more news be sure to check out next Wasteland 3’S Final Expansion Cult Of The Holy Detonation Revealed and Broken Roads A Post Apocalyptic RPG Set In Australia Announced.